Warzone, a free-to-play to recover the leadership of the shooters

After successes like PlayerUnknown’s Battlegrounds or FortniteActivision could not allow its Call of Duty franchise take a step back. this is how it came war zonea complement free-to-play which uses the same mechanics as these games it competes with, but also adds its unique touchwhich has managed to attract millions of players around the world.

Call of Duty: Warzone is developed by Infinity Ward and Raven Software. It is available for Xbox One, Xbox Series, PS4, PS5 and Microsoft Windows. It is part of the titles Call of Duty: Modern Warfare, Call of Duty: Black Ops Cold War and Call of Duty: Vanguard. It was announced on 9 March 2020 and was released just a day later. Within 24 hours, the game had been downloaded and played by over 6 million players worldwide. Later, he would achieve several more records, reaching 50 million players after the first month and surpassing the line of 100 million players passed the first year. exist three game modes main in Warzone. Games are held in Single mode (alone) or in squads 3 or 4 players. Within the three modes, there have also been modified versions that have been available for a limited time with some modifications in the rules. In this mode, we will launch ourselves onto an island from a plane and we will have to survive the attacks of the rest of the players. The first minutes of the game will be key, since weapons will have to be found very quickly to eliminate all enemies land near us. Next, the player will have to enter numerous buildings to find loot boxes and equip yourself with rifles, shotguns and grenades.

Less experienced players should avoid landing on the busiest areas on the mapbecause they are less likely to survive. As a counterpart, dropping into more peaceful areas will allow the player to loot at your own pace, but you will find lower level items and weapons.

Also, as in other similar games, the game forces players to focus on one point as time progresses. In this case, Warzone uses the toxic gas Known as Plunder, Plunder, or Plunder, in this mode, squads compete for one million dollars in cash. The game lasts a maximum of 30 minutes. In this mode, players respawn if they die. The team with the most money when the time runs out wins. To do this, they will have to open boxes, loot supplies, complete contracts and eliminate other players to steal their loot. To avoid being mugged, players must deposit the money they get in a balloon loot deposit or in a helicopter. Although this will notify the rest of the players.

When a squad gets a million, everything deposited is multiplied by 1.5x while putting a 4 minute timer that can end the game before the preset 30 minutes.

Is a variant of battle royale introduced in the first season of Call of Duty: Black Ops Cold War. The game allows respawn unlimited as long as we have a partner in our squad who is still alive and the storm has not finished closing. These games are made in the Rebirth Island. Modes have also emerged that have been available for a limited time only:

What novelties does Warzone bring with respect to other similar games?

These are its main contributions and most characteristic elements. Not like others battle royale What Fortnite, Warzone allows you to return to the game if you fail. Eliminated players are Sent to the Gulag. There, they will have to fight, and if they win, they can return to the main game. This is different from squad play, as players downed during battle can be revived by their teammates or use a self revive kitwhich can be purchased from the in-game store before matches. 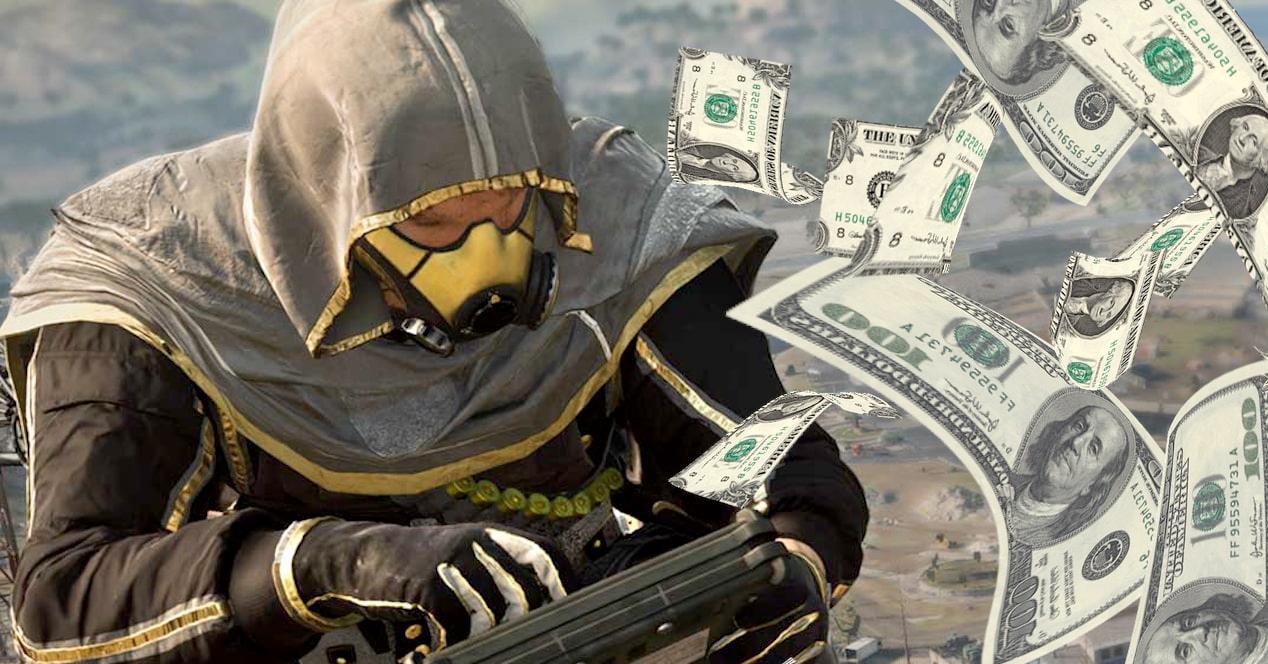 If in Fortnite, the player has to mine materials to build their own buildings, in Warzone we will simply have toand get money. With it, we will buy ammunition and other types of consumables that will allow us to advance to the end of the game. They are events that happen randomly throughout the game. They can be the following:

Below is a description of the maps in the game. It is inspired by the city of Donestk. Verdansk is the fictional campaign city Modern Warfare and it is the original map of the Battle Royale mode of Call of Duty. Warzone’s second map is based on Vozrozhdeniya Island and first appeared in the campaign of Call of Duty Black Ops. It is a much smaller map than Verdansk and only supports 40 players per game. Released in April 2021 during Season 3 of Cold Warthis map is a eighties version of Verdansk. It had very interesting and creative changes. But it came full of bugs, causing some controversy. Worse still was the release of this other map at the end of the same year. The Pacific ocean tropical island had a rather troubled start, with even more bugs than its predecessor. Even with many of the issues fixed from it, Caldera is for many gamers. war zone worst map ever.

Microsoft buys Activision Blizzard: which games could end up in the Game Pass?

Why shouldn’t you rush into buying games at launch?