As you well know, it is a self-emitting technology like OLED, but without the drawbacks of using inorganic mini RGB LED diodes. Today, the 8 Association has published a very interesting report on this technology, having more information from the manufacturer at CES and we will summarize it for you in this news.

Samsung has already marketed a 110″ model that sells for a whopping $150,000. a few weeks ago, at CES 2022 they announced two new screen sizes of 89″ and 99″ available by the end of the year. All of these micro LED TVs have 4K resolution, since inserting an RGB micro LED (actually there are 3, one red, one blue and one green) in the 33 million pixels of an 8K panel would be even more expensive, so for now the Korean manufacturer discards them.

The picture quality of these televisions is amazing, practically perfect. In fact, at your event first-look At this CES Samsung presented three MicroLEDs of three different sizes plus an 8K NEO QLED screen on the same wall. As expected, micro LED TVs were brighter and offered higher contrast, but of course, at a completely prohibitive price.

While not every single preview of these new 2022 models has been released yet, some very revealing charts and data on the state of development of Samsung’s micro LED TVs were shown.

For example, in the graphic below, Samsung reveals that it is using a laser fabrication process for bulk transfer of red, green or blue micro LEDs to the substrate. This technique has been in development for several years and several leading companies have been involved. In fact, delays in refining the process may have been the reason smaller micro-LED TVs didn’t arrive in 2021. 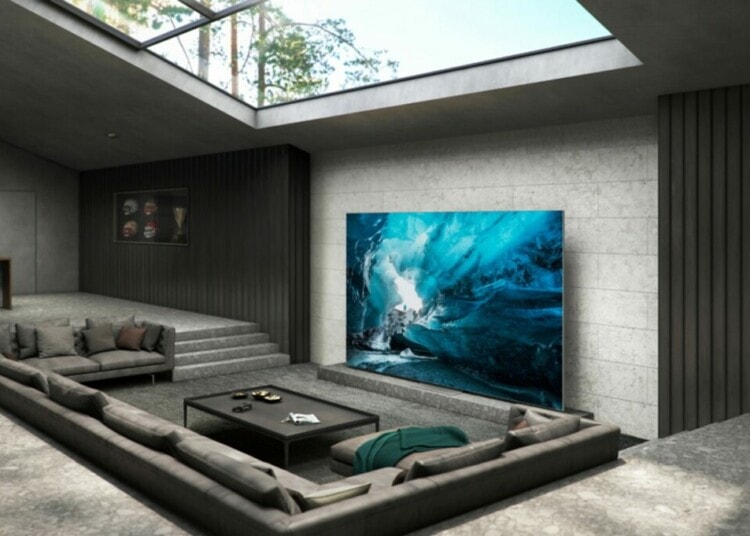 According to Samsung, there has been an increase of more than 1500% in the transfer rate of these micro LED diodes to the substrate, taking this information into account, if the manufacturer manages to make this technology cheaper (now that it is mature), we will be able to see how the price of Micro LEDs plummet and also offer us more restrained Smart TV sizes.

The image below illustrates the size difference between the micro LEDs used in the 2019 prototypes of Samsung’s micro LED TVs and the 2022 version. In the first prototypes, Samsung actually used mini LEDs (smaller than the current ones, but they were not microscopic). Now, the Korean manufacturer can legitimately claim that is using micro LED (with a size between 50 and 100 microns). 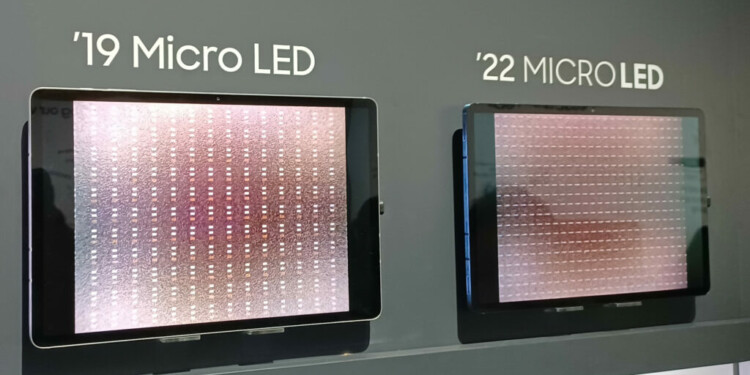 In addition, Samsung also revealed that they are moving from a PCB (a back plate) with passive matrix control to one of active matrix controlled glass. This is also important as it can increase the control of LEDs to a much greater degree and allows the use of existing glass plates used for LCD screens. In addition, the manufacturer claims with this it achieves a 99.99% screen percentage and only 0.01% frame.

When it comes to image quality, Samsung says it can cControl the luminance of your micro LEDs using a 20-bit grayscale (1 million steps) compared to the more traditional 16-bit grayscale. This improvement is probably possible thanks to the use of an active matrix. The screens also offer the 100% DCI color gamut and Adobe RGB.

The insurtech, Tuio, begins to operate in Spain, reinventing insurance