While AMD has explicitly said that sales of graphics cards for mining are completely legitimateNVIDIA has actively and passively searched for ways to diminish miners’ interest in its products so that PC gamers can afford to buy their gaming GPUs, so even with their measurements it is almost a mission impossible. The NVIDIA CMP HX graphics are part of the solution proposed by the manufacturer, and in this article we are going to talk in depth about them.

The problem of cryptocurrency mining

In 2020, a period of chip shortage It has affected the entire industry, from PC hardware to the automotive sector. At the same time, the boom in cryptocurrency mining has made the situation in the graphics card market even worse, as these ‘miners’ hog little stock of graphics cards that are in stores, even buying them without them reaching the shelves of the same.

This has caused that normal PC users who want to change their graphics card or buy a new one have been unable to do so, since there is literally no stock and the little there is has exorbitant prices, not only in the second-hand market but even the stores are speculating with that. Thus, for example, a graphics card that NVIDIA launches on the market with a recommended price of 999 euros, we see it in stores for amounts of 2,400 euros or even more.

While AMD has stepped aside washing its hands on this problem, NVIDIA has worked hard to alleviate it both at the software level by establishing a limitation in the mining algorithms of some cryptocurrencies (known as Lite Hash Rate that halves the mining power) and at the hardware level with the launch of the NVIDIA CMP HX graphics cards, which is what we are talking about here and now.

CMP stands for Cryptocurrency Mining Processor, or processor for cryptocurrency mining, so with this name added to everything we have told you so far, you will already suppose that we are dealing with graphics cards that have been specifically designed to mine cryptocurrencies, and in fact NVIDIA advertises them as «dedicated GPUs for the professional mining«.

These graphics cards have several peculiarities, and among them we find that they do not have any limitations (therefore they are not affected by the LHR limitations of which we have spoken before) when mining any type of cryptocurrency and, furthermore, they can only be be used as secondary graphics processors since they do not have video outputs to connect a monitor to. In other words, they are graphics cards without graphics and therefore no one except cryptocurrency miners would be interested in them since, lacking video outputs, they cannot be used for gaming. 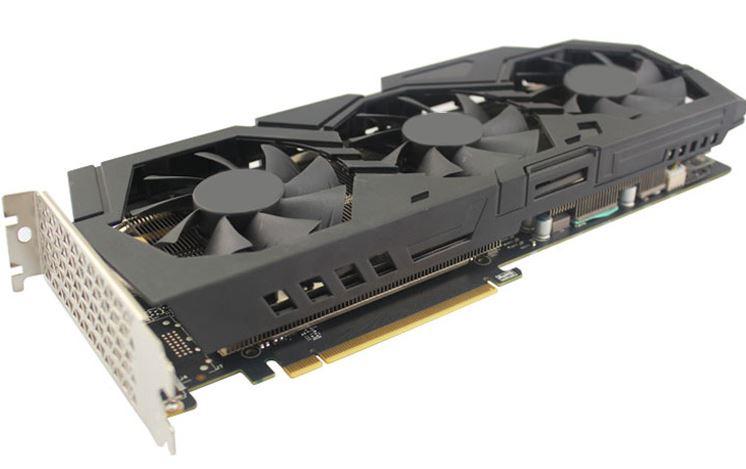 NVIDIA “sells” the fact that they do not have video outputs as these graphics have optimized airflow at the rear, and further specify that they are designed so that a single CPU is capable of handling a greater number of GPUs at the same time. weather. On the other hand, they also indicate that their architecture has been optimized to obtain the highest mining performance and with the highest efficiency, literally saying that it is to recover the initial investment as soon as possible.

Of course, they also specify that these graphics will only be available through the network of authorized NVIDIA partners, which in this case are ASUS, Colorful, EVGA, Gigabyte, MSI and Palit in addition to some PC wholesalers.

By now we all know that NVIDIA CMP HX graphics are models specifically designed for professional cryptocurrency mining, that they do not have video outputs and therefore cannot be used for gaming, and that they are one of the company’s responses. to the shortage that the gaming market is suffering, which has reached the point where PC users cannot buy graphics cards in any way.

Now, within the range of CMP HX graphics cards we currently have four different families, each with a price range and obviously a specific power and performance. The series are, from lowest to highest range, the 30HX, 40HX, 50HX and 90HX, and below we detail the technical characteristics as defined by NVIDIA itself:

NVIDIA does not specify the core count of these graphics and not even their graphics architecture (although it is true that it has been confirmed that they use Turing architecture except for the 90HX model, since for example the CMP 40HX uses a TU106-100 GPU), as well as it does not say anything about its operating speed and others; This is so because it has left these types of details in the hands of the assemblers, so we cannot talk about specific data, although we can talk about general data about the models.

Keep in mind therefore that in the table above, the data of the GPU used, its speed and its price have been collected by us and are not official NVIDIA data, in addition to the fact that they may vary depending on the assembler. Also, keep in mind that these graphics cards will not generally be sold in stores and if you want to get one you will have to contact a distributor or wholesaler directly.