Actually we must see the motherboard chipset as part of the same CPU, since it includes a series of communication interfaces that would normally be placed inside the processor itself, but since they are not so dependent on bandwidth and the latency is placed on a separate chip, usually away from the central processor, but on the same motherboard.

The chipset is nothing more than a hub of those different interfaces that through a high-speed interface connects to the central processing unit, which in the case of Intel CPUs is the Direct Media Interface or DMI interface. That is, the chipset accesses the different peripherals through its interfaces and transmits the information to the CPU through said interface, which by the way in the case of the Z690 is twice as fast per transmission line as the Z590 and the Z490 when using version 4.0 and not 3.0.

Motherboard elements that do not depend on the chipset 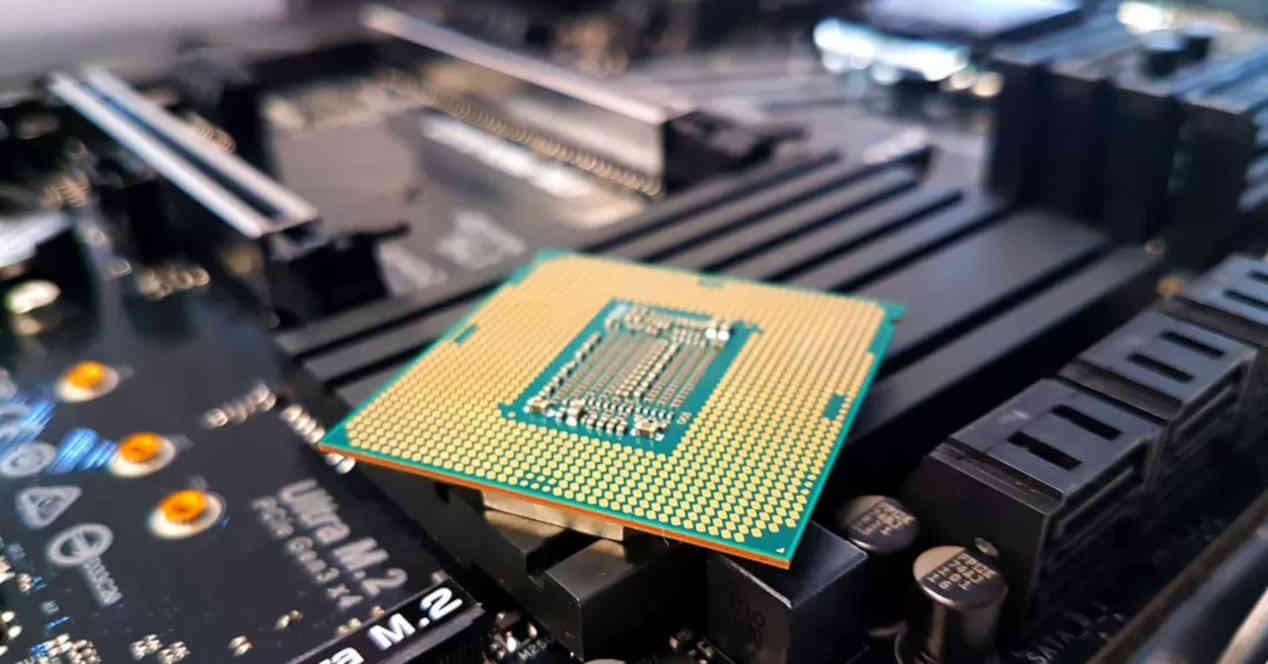 Nowadays, CPUs usually already include a small I / O hub inside, which gives access to certain interfaces for components and peripherals without the need for the chipset included on the board to act, but what it is necessary is the motherboard PCB and all its routing to communicate said component with the CPU.

The clearest example today is the interface with the RAM known as Northbridge and it was previously a separate chip until Intel integrated it into its CPUs, but let’s not forget that AMD did it first. Although today other I / O interfaces have been integrated into the CPU such as PCI Express.

Of course, the DIMMs for the RAM and the PCI Express slots are provided by the motherboard, however if you follow the wiring lines you will see that they are connected to the CPU.

So the support of these I / O interfaces are really given by the CPU, which has compatibility through the socket with a specific type of chipset. Let’s see below what are the differences between the Z690, Z590 and Z490 chipsets that depend on the CPU more than the chipset itself. So the support for DDR5 and PCI Express Gen 5 memory comes from the processor and if in the future a CPU compatible with the LGA1700 socket appeared, however with a DDR4 interface and support only PCIe Gen 4 could not use the newer standards.

It must be taken into account that the CPU for latency and speed reasons will never execute its programs from the memory of the peripherals, but rather that these are the ones that send their information to the RAM or the CPU directly through the chipset. , to cause an interruption. Hence, it does not matter to have these interfaces on a separate chip, since it does not affect performance when using them, apart from generally requiring little bandwidth.

The first of the I / O interfaces provided by the chipset and the most important for components and peripherals is PCI Express, since it not only communicates the graphics card with the RAM and therefore also with the CPU, but also because allows to connect M.2 modules mainly used for NVMe SSDs. Both the Z490 and Z590 chipsets have 24 PCI Express 3.0 lanes, while the Z690 grows the number of lanes to 28 by adding 12 Gen 4 lanes.

With the huge number of devices that make use of the universal serial bus on the market, it is relevant that any chipset has support for the different generations of USB.

Then we have the SATA ports, used to connect conventional hard drives, low-speed SATA drives, and optical format readers and writers. The three interfaces have support for SATA 3.0 or 6 Gb / s, but with the difference that the Z690 supports up to 8 interfaces and the Z590 and Z490 only have 6 of these interfaces, which seems curious to us since it is a port in extinction.

To finish we have the support for wireless networks, where the newer chipset has support for WiFi 6E and, therefore, the motherboard can contain a more advanced integrated radio, and the other chipsets only for the WiFi 6 standard.

If you want to use Chrome plugins in Edge, follow these steps

Why does a PC with Dual Channel memory perform better?

Windows 10 and genuine Windows 11 with 90% discount

The new big Windows 11 update has a date: prepare your PC