You are clear, you are going to buy a new graphics card, but when searching between different models you find references to TGP and TBP. Nothing, you don’t see a trace of the classic TDP value, and in the end you end up disoriented. Don’t worry, it’s normal, since both values ​​started to be used relatively recently.

Thus, for example, a processor that has a TDP of 125 watts will need a specific cooling system capable of covering that minimum, but its actual consumption may end up being much higher, since that value refers only to the PL1 state, that is, when turbo mode has not come into play. When the processor goes into a PL2 state and turbo mode is activated, its consumption can easily double. That is why it is so important to be very careful with the TDP value, and to interpret it correctly.

TGB and TBP: What are they and why have NVIDIA and AMD abandoned the TDP in their graphics cards?

We could think, from what we have seen when talking about the TDP applied to processors, that the main reason has been that confusion that generated said value, and the truth is that we would not be misguided. However, this topic goes beyond of that difference between consumption on paper and real consumption.

A graphics card is not a processor, it is has different elements that consume energyand when talking about TDP, reference was only made to the value of the GPU, something that, obviously, is very inaccurate, since it does not reflect realistic data, and this can end up being counterproductive for the consumer.

In a graphics card, both the GPU and the graphics memory and the power supply system itself, known as VRM, consume energy, and therefore to obtain a realistic value of the real consumption of this component we must add them all. Taking into account only the consumption of the GPU would give us biased data.

AMD, for its part, uses the TBP, which also groups the global consumption of all the key components of a graphics card and reflects typical consumption of this under heavy use. So, for example, we see that the Radeon RX 6700 XT has a 230 watt TBPand in our analysis we were able to confirm that it maintained an average consumption of 221 wattsalthough it did register a momentary maximum peak of more than 300 watts. 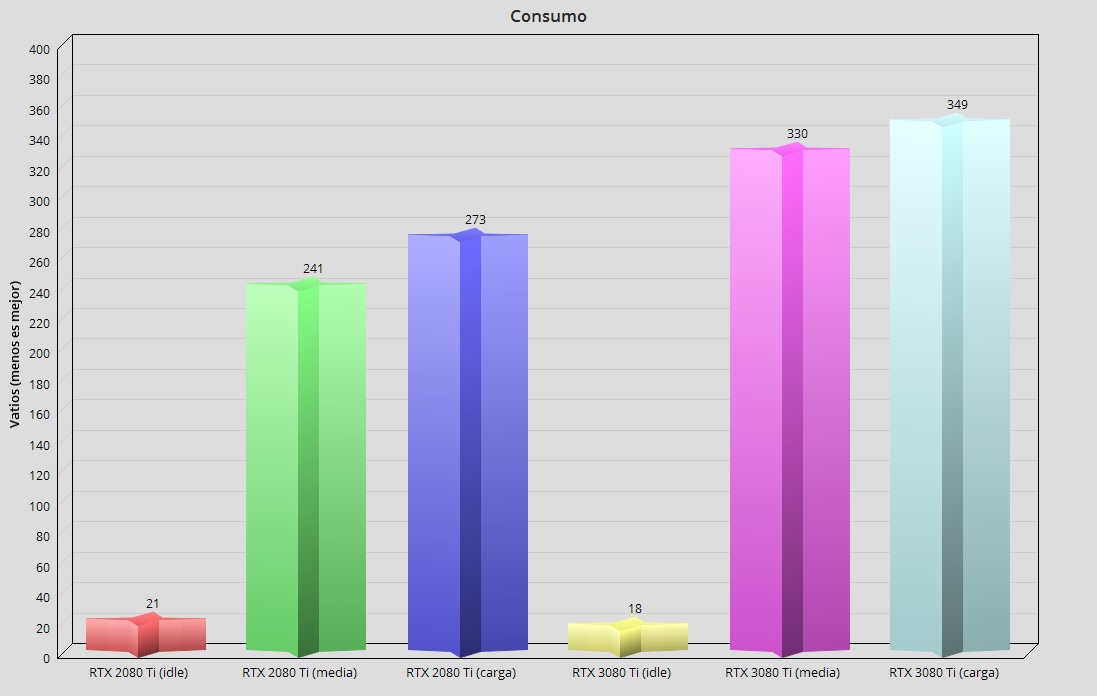 Continuing with the same example, we see that the GeForce RTX 3080 Ti, which it has a TGP of 350 watts, it stays in the range of 330-349 watts when we use it for gaming. This confirms that we are talking about realistic values ​​when we talk about TGP and TBP, and that is the reason why both NVIDIA and AMD have opted for those values ​​to the detriment of TDP, because They are the best for the user.

Now, when you go to buy a new graphics card and see that its TGP and TBP values, depending on whether you opt for NVIDIA or AMD, are 200 watts, you will know that that is the normal consumption that you will have in games. This will help you to be clear, from the beginning, if your team can handle it or if, on the contrary, you will need a new power supply. However, don’t forget about the amperage on the 12V rail either. If you have doubts about what power supply you need, do not miss our guide.

The 10 highest grossing sagas in the history of cinema

William Shatner in Space: The Documentary