Microsoft has managed with Windows Defender to simplify the choice of an antivirus. Since its incorporation in Windows 10, many users have dispensed with the need for other software, since it was free and capable of protecting us from practically any threat that could endanger our security. Despite this, Windows Defender is not a perfect antivirus.

That there are not a few users who are satisfied with using Windows Defender is no coincidence, since it has features that may be enough for many. For example, you have real time protection and cloud-based protection, being efficient in detecting “malware”, “phishing” or blocking “exploits”. It also allows activating parental controls that are capable of controlling the location and access to certain unwanted websites. In addition, it includes reports on the performance and security of the system and the inclusion of a firewall.

These functions, which may be basic, are effective and considered more than sufficient for many users. This enables us to have by default software capable of protecting our PC without the need to resort to third-party software.

Aspects in which you should improve

Windows Defender can be a satisfactory antivirus for the average user who does not want to complicate his life when choosing protection software for his PC, and since it is integrated into Windows 10, he decides to accept it. But Microsoft’s antivirus still has a lot of room for improvement.

For example, one of the aspects that must improve yes or yes is its interface, tremendously cumbersome, which makes it difficult for us to move through it fluently. If we have ever tried to access it, surely we have had to spend a good time learning how to function and know what we can do. Must also improve your database as Microsoft does not update it frequently, which can lead to problems with the latest viruses. Along with this, better detection of malware and the absence of additional tools that could be included. We are talking about utilities such as a password manager, a VPN or protection against identity theft. In addition, although it has the possibility of establishing parental controls, these are exclusively limited to using the Microsoft Edge browser.

It can be said that Windows Defender can offer more or less the same as another free antivirus, with the advantage that when it arrives installed with the operating system, it makes it really more comfortable than looking for another alternative. However, it remains far of the characteristics that can be offered by payment software, and especially considering that Microsoft is not a cybersecurity company, so it offers the minimum that any PC that needs to connect to the Internet on a frequent basis should have. Do not miss it! This is how you calculate the statistical variance in Excel Forget Excel: This is how you can solve equations in Word 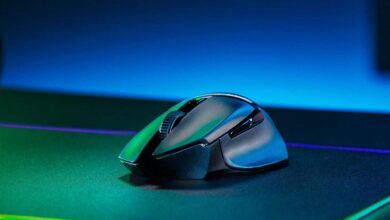 The most popular wireless mouse in eSports is from Razer, and you have it for almost half the price