U.2 (pronounced “u point two” to avoid legal trouble with the Bono-led music group) made a major appearance on the X99 and Z170X motherboards of yesteryear. The form factor used to be called SFF-8639 (SSD form factor) and was aimed almost entirely at the server and enterprise market, but in a move towards greater ease of use, the interface was renamed to U.2, easier to remember with the M.2 interface. which also began to proliferate in the market at that time.

What is the U.2 interface and what are its features?

A U.2 SSD is a high-performance storage device designed to support the PCIe interface through a Small Form Factor (SFF) connector that also supports SAS and SATA mechanical drives. In other words, this interface allows you to use SSDs in 2.5 ″ standard formats but with PCI-Express interface, Since currently the 2.5 ″ SSD market is limited to the SATA 3 interface, while if you want a PCIe SSD, you must opt ​​for M.2.

And it is that the main impulse for the development of the U.2 interface was precisely to allow that the PCIe NVMe SSDs of that time could continue to use the 2.5-inch form factor that the SAS and SATA drives, with the great advantage that This means, compared to M.2 devices, that it is neither more nor less than the possibility of hot plugIn other words, you could connect and disconnect a U.2 drive without turning off the computer, something that is not feasible in M.2 drives. 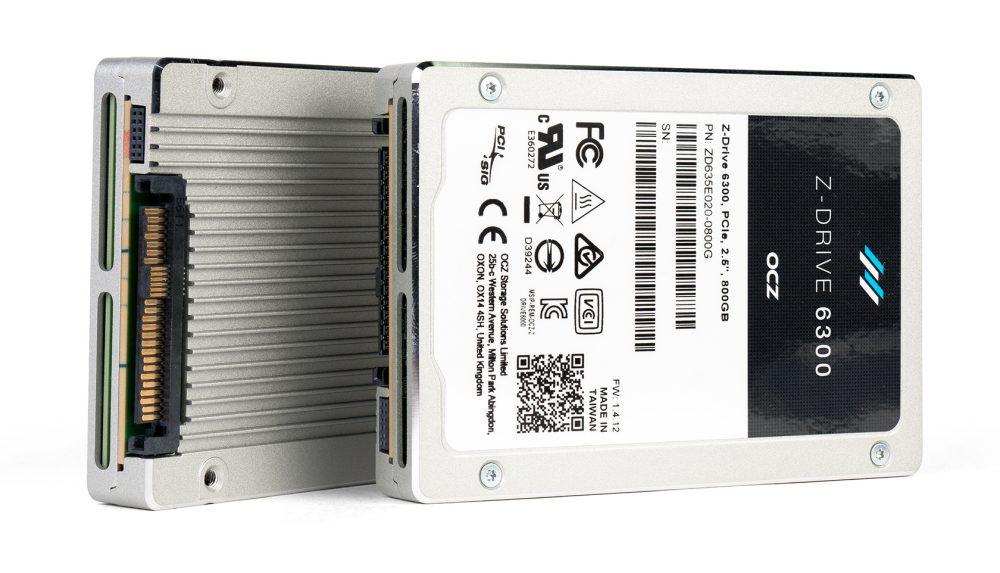 In this way, the SSD Form Factor Working Group chose U.2 as a marketing powerhouse to describe SATA, SAS, and PCIe profiles using the SFF-8639 connector, a connector that is capable of supporting one SATA port, two SAS ports, or even four PCIe lanes without having to change your shape for it. Mechanically, the U.2 connector is identical to the SATA Express but with the aforementioned four PCI-Express lanes and with a different pin arrangement. The host (PC) side connector differs completely, being a lot more compact than SATA Express.

One of the disadvantages of this type of drive was the heat generated, which is why devices with a 2.5-inch form factor could not be 7 mm thick like SSDs designed for laptops since they incorporated a piece of aluminum with passive dissipation fins to alleviate this problem. The advantage is that high-speed solid-state devices with this form factor could be used, since the interface supports up to 5GB / s bandwidth thanks to the use of four PCIe lanes.

When NVMe technology began to gain popularity with the launch of Intel’s Broadwell-E architecture, the first motherboards with U.2 connectors began to appear on the market, and as we have mentioned before it was at the same time that the M.2 format began to gain popularity as well. Originally, M.2 devices were designed for thin, power-constrained computers such as tablets and laptops, with the advantage that the specification supports PCIe, SATA, and even USB interfaces. 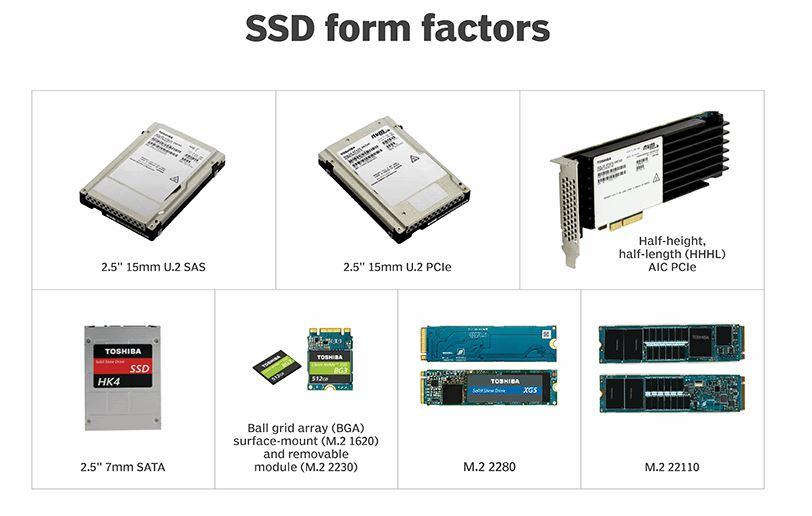 So the first difference is in terms of the form factor, since while the U.2 SSDs have a 2.5-inch format (and there were even 3.5-inch drives), the M.2 SSDs have the factor M.2 shape precisely, which, as you know, is manufactured in different sizes: always 22 mm wide but with variations in length, 60, 80 and 110 mm.

U.2 SSDs can also allow a much higher maximum storage capacity than M.2 SSDs as they literally have much more physical space in which to integrate the chips. Also, unlike high-performance M.2 SSDs that require a bulky passive heatsink integrated, all U.2 SSDs have a passive heatsink built into their own 2.5 / 3.5-inch enclosure.

The U.2 form factor is therefore more conducive to better heat dissipation and also allows higher operating temperatures without damaging drive components; This feature allows U.2 SSDs to suffer from the Thermal Throttling phenomenon, a safety feature that reduces the performance of the SSD when it exceeds a certain temperature threshold to preserve its integrity.

Finally and as we have mentioned before, U.2 SSDs have a great advantage over M.2 SSDs and that is that they allow hot-swapping, which means that you can physically connect and disconnect the device to the computer without having to shut down, something that of course is much more beneficial in business environments than on a home PC.

Why hasn’t the U.2 interface succeeded and almost disappeared? 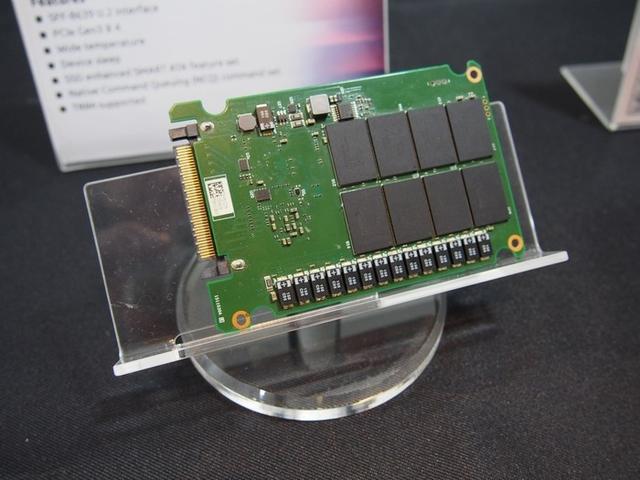 It really has not disappeared far from it, it just seems that in the end it has remained exclusively for the business environment, and it has been so precisely because its form factor combined with its compatibility with hot plugging and unplugging make it ideal for environments of data centers. Given that this interface did not have a good reception among home users when it was launched on the market, in the end the manufacturers took advantage of the situation to launch models with a lot of capacity (remember that at that time the domestic SSDs barely had 128 GB) which were obviously more expensive, but ideal for business environments.

However, it was the M.2 form factor that was best received by home users; Although it supports less capacity, which is more prone to Thermal Throttling and does not allow hot connection and disconnection, they are cheaper to manufacture and their smaller size allows better integration not only in desktop PCs where this format is booming, but also in ultra-thin notebooks.

And basically those are the factors why this interface did not succeed in the consumer market, being relegated to the business one; Actually, the idea of ​​being able to have a 2.5-inch standard format PCIe SSD was very good, but the market trend and user preferences showed that in the end the M.2 format was much more profitable despite its disadvantages. with respect to U.2.

CORSAIR joins the displays on its AIO ELITE LCD RGB

Samsung steps on the accelerator: its chips at 2 nm before TSMC and Intel

The Latest: Paint Is More Powerful Than It Looks, eBay Celebrates Years, And More