If plans and accounts do not fail, we are one week away from the debut of the Intel Arc A750 and Arc A770 graphics, finally, in the US market, as the technology made public a few days ago. A long-awaited moment for many, and that will force those who not so long ago said “to know from good ink” that Intel was backing down and canceling the project to look, surreptitiously, in another direction. And it is that, with only a few days to go before the first units start to be sold, some of them have already reached some media on the other side of the pond that are testing them.

And how are these tested units performing? Well the first sensation is, in principle, positive, as long as we remember that we are talking about a first generation that faces the veteran of AMD and NVIDIA, and that as we will see below, it finds accommodation between the last two generations of both manufacturers (not counting RTX 40 and RX 7000, of course) . We are therefore talking about a proposal that can provide us with very decent performance (in some tests even above an RTX 2080) for a substantially lower price.

To this we must add, of course, the problems that Intel has had with the design of the drivers for its graphics. It seems that these problems would already be overcome, but we are not clear to what extent this has affected its current situation with respect to its potential. That is, do the current drivers already allow you to extract all the performance of these Intel Arc A750 and Arc A770? Or perhaps, on the contrary, there is still room for optimization and, later, Intel can surprise us with a leap in it?

Before we see the results, let’s remember its specifications:

So we have the Intel Arc as a very moderately priced proposition, which without providing a top-of-the-range gaming experience, is more than enough for entry-level and mid-level needs, but for users who want to play. For its part, having twice the RAM, along with a somewhat more advanced GPU, makes a difference with the Intel Arc A770. A minimal difference in some cases, but that is more striking in other tests, in which it manages to make a difference with the A750.

Thus, seeing the results, we can confirm that the Intel Arc 7 series arrives to compete directly with the GeForce RTX 3060 and Radeon RX 6600 XT, two best sellers that, with more than competitive prices, can pose an interesting threat. Put another way, Intel’s initial offering already feels mature enough to make a splash in that market segment.

Without further delay, let’s see the results obtained by both cards, in the tests carried out by TechPowerUp. Click on the images to see the tables in full size. 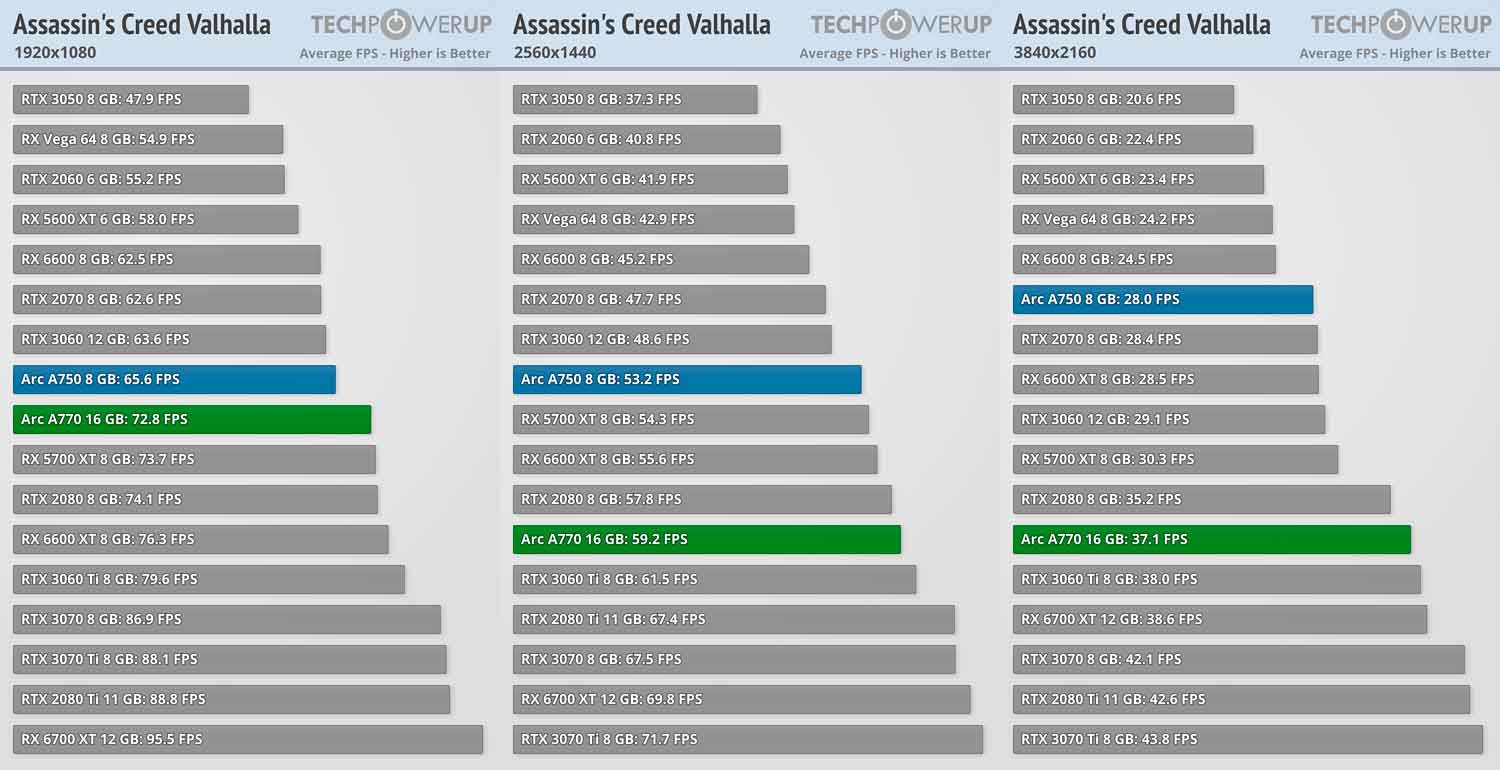 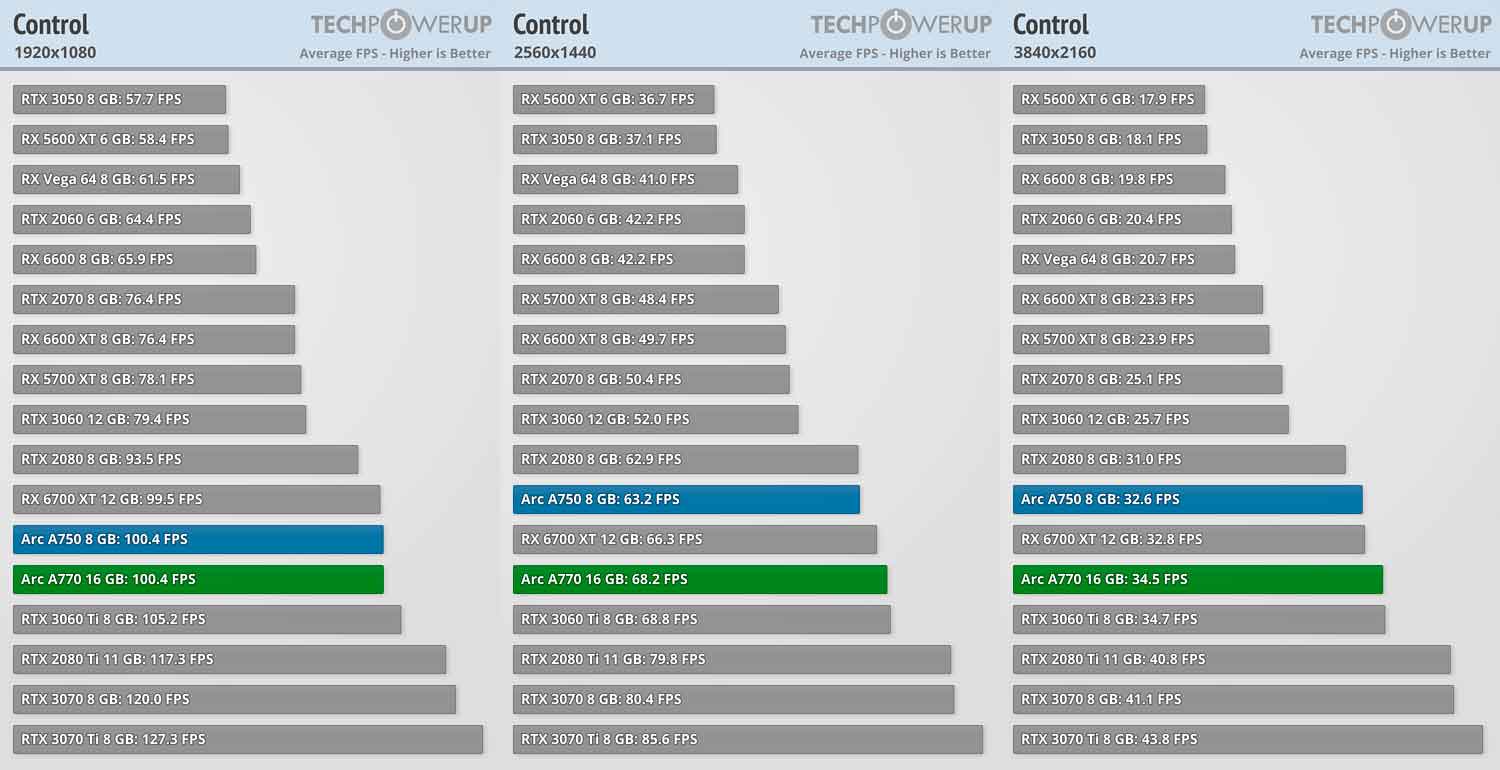 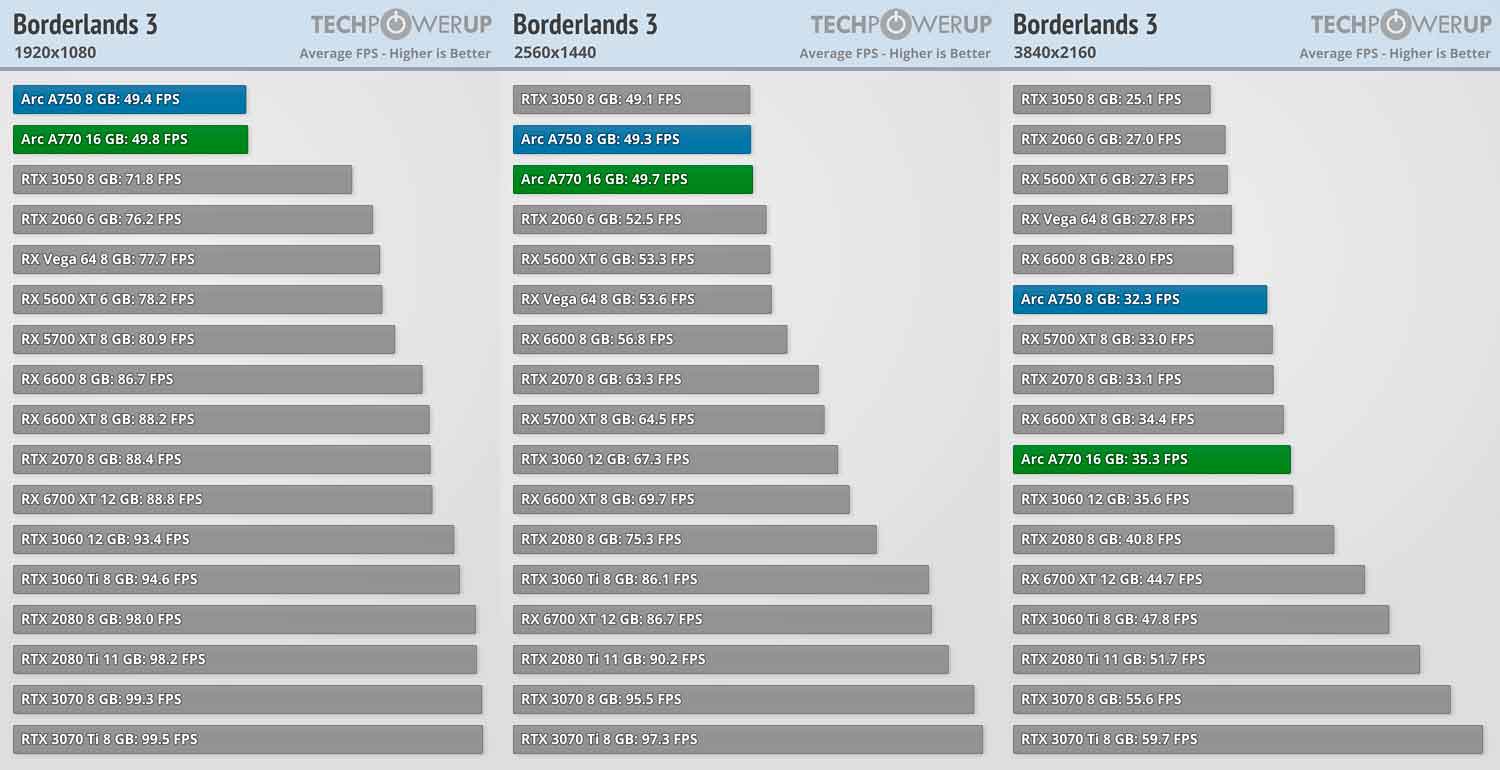 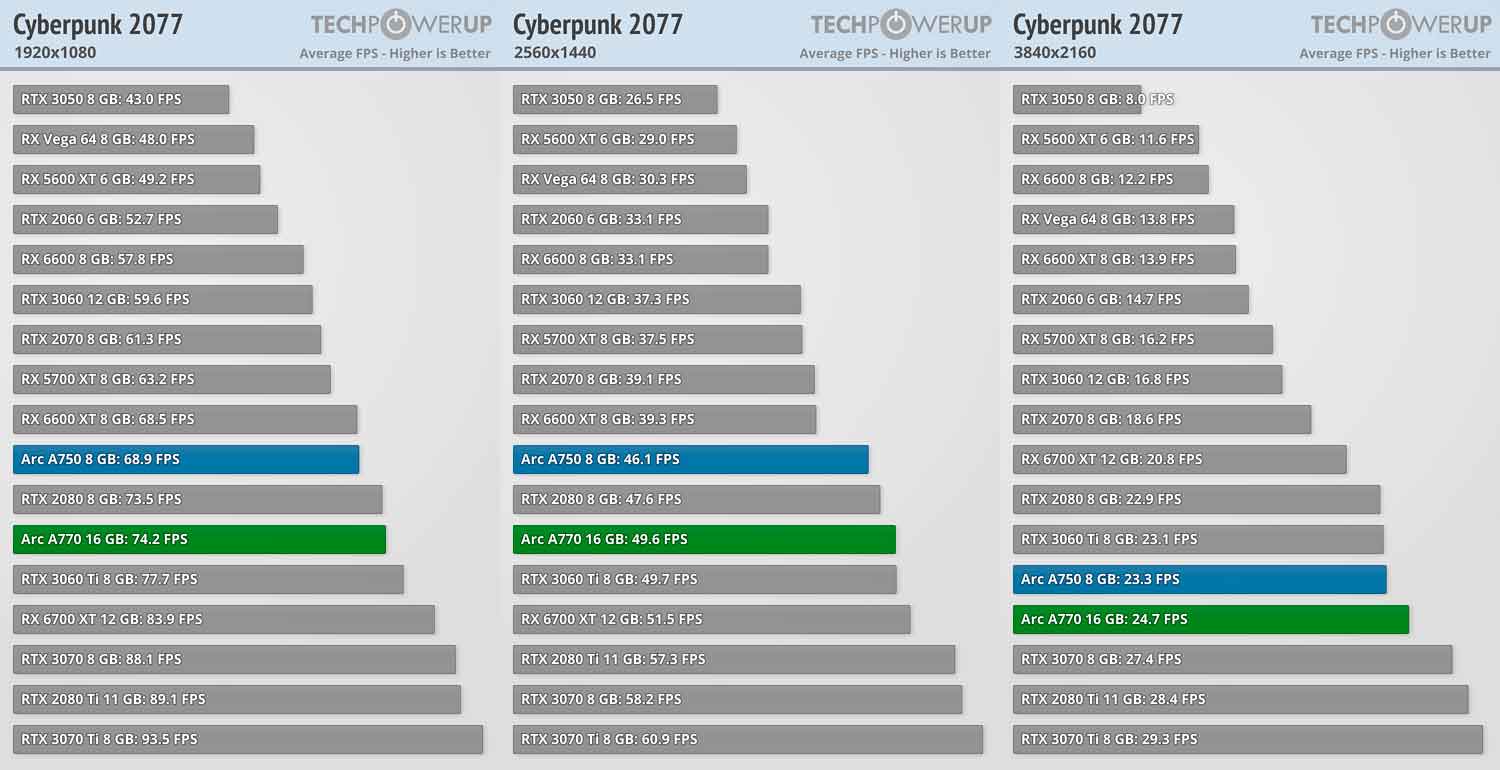 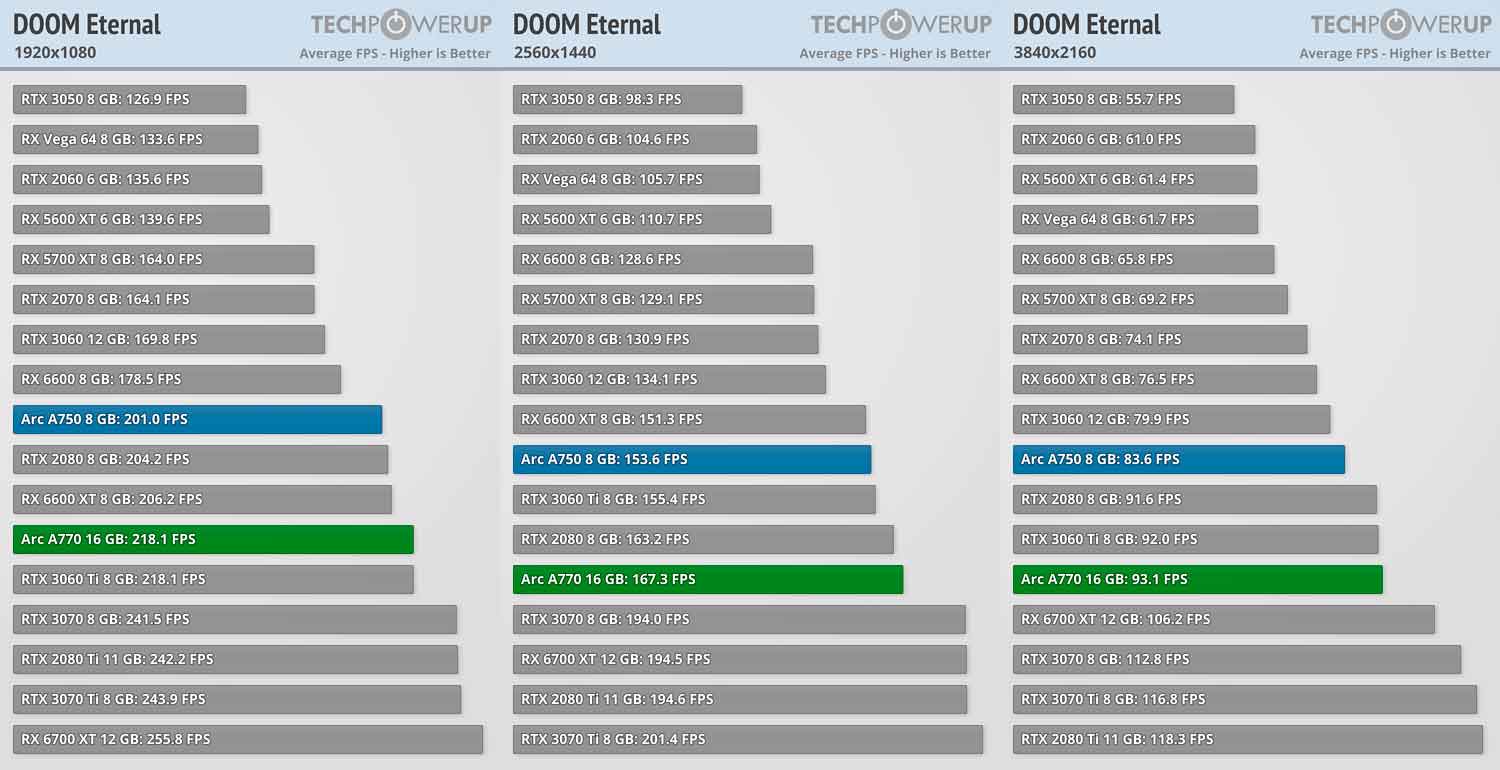 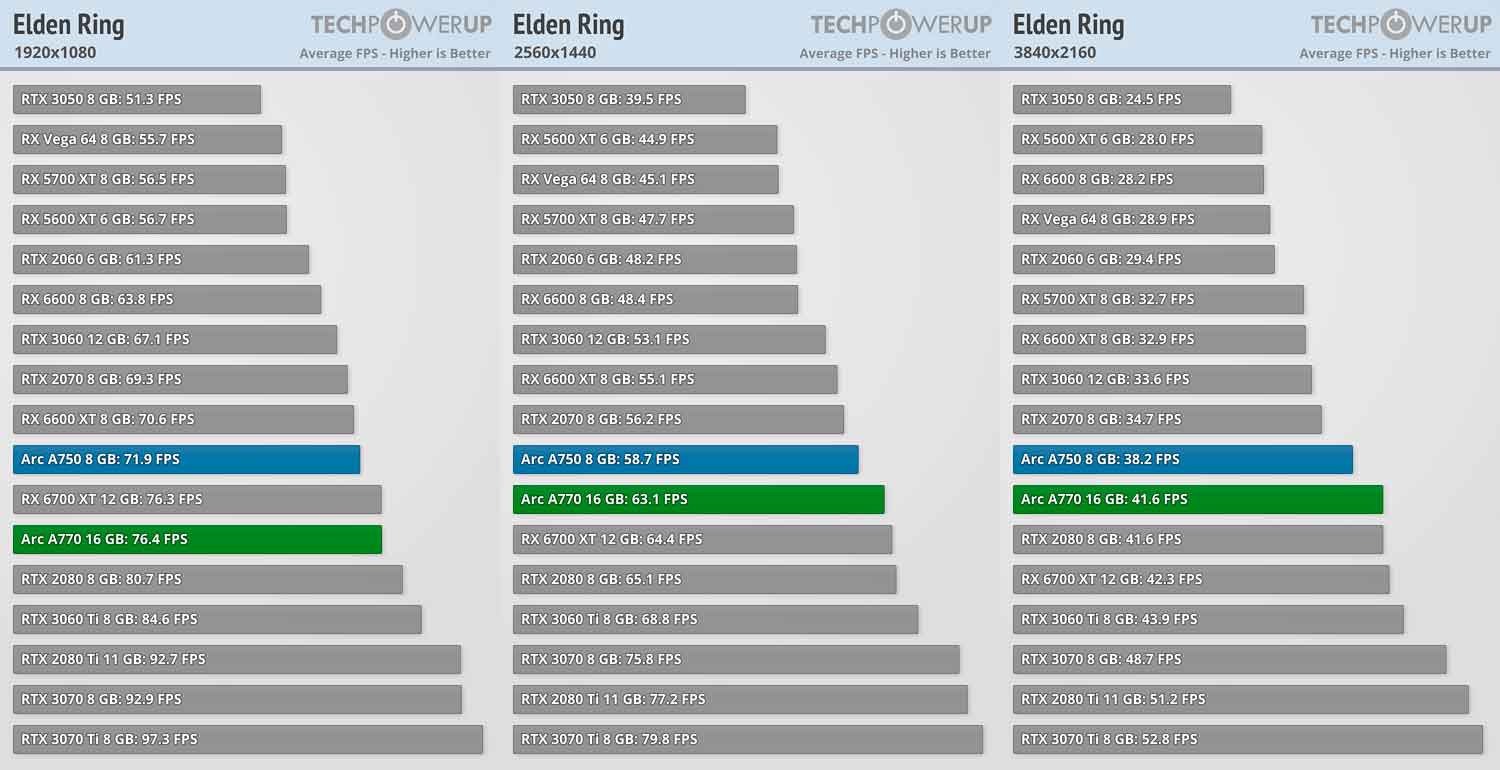 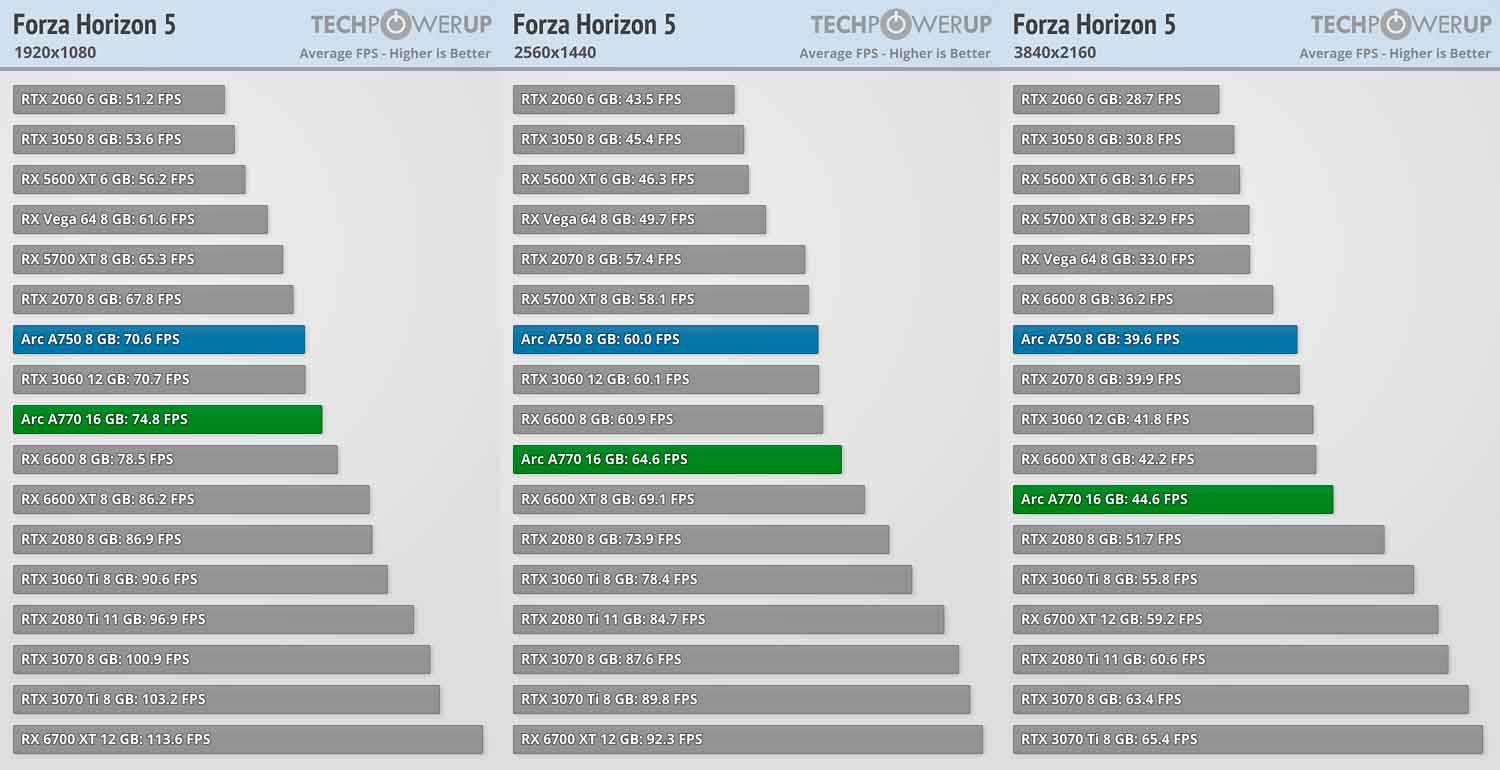 As you can see, we can confirm that Intel has done a good job with this Intel Arc 7 series, especially when it comes to 4K resolutions, and that its ray tracing technology is also very competentespecially if we take into account what was indicated above, that is, that we are talking about a first generation, Alchemist, and that therefore an important evolution can be expected in the following generations.

The Realme GT 2 will be officially presented on February 28, 2022 and will soon be available in France