In the case that we build a PC ourselves, the types of motherboard that we describe in this article are the ones that you will find most often, since most towers and different PC cases are designed for them. So in the event that you want to update your computer without changing the case, you will have to make sure that the new motherboard is compatible and therefore can be mounted.

That said, let’s go to the different variants one by one and see how they differ.

It is the most classic type of motherboard, its acronym comes from the fact that the PCs with the Intel 286 received the nickname of AT, when in 1995 the real boom of the clones or compatible PCs arrived thanks to the name of Windows 95 motherboards went on to receive the name of ATX, where the X is the dimension of Enhanced or improved in English, since then they have become the standard par excellence and the most used type of motherboard.

The dimensions of this motherboard format are 305 x 244 mm, although these may vary slightly. The name ATX is also given to the power supplies that accompany this type of motherboard. What’s more, all types of motherboards derived from ATX are designed to work with their type of PSU, in addition to respecting details with the seven bays for expansion with a differentiation of 20 mm between them.

The ATX standard, being the most used, is in constant revision, but not in terms of its sizes, but to integrate changes in the form of new expansion and power ports, as well as the discarding of those that have become outdated. At the end of the day it is important that the different pieces can be placed in a logical and coherent way, but at the same time the different components do not disturb each other. 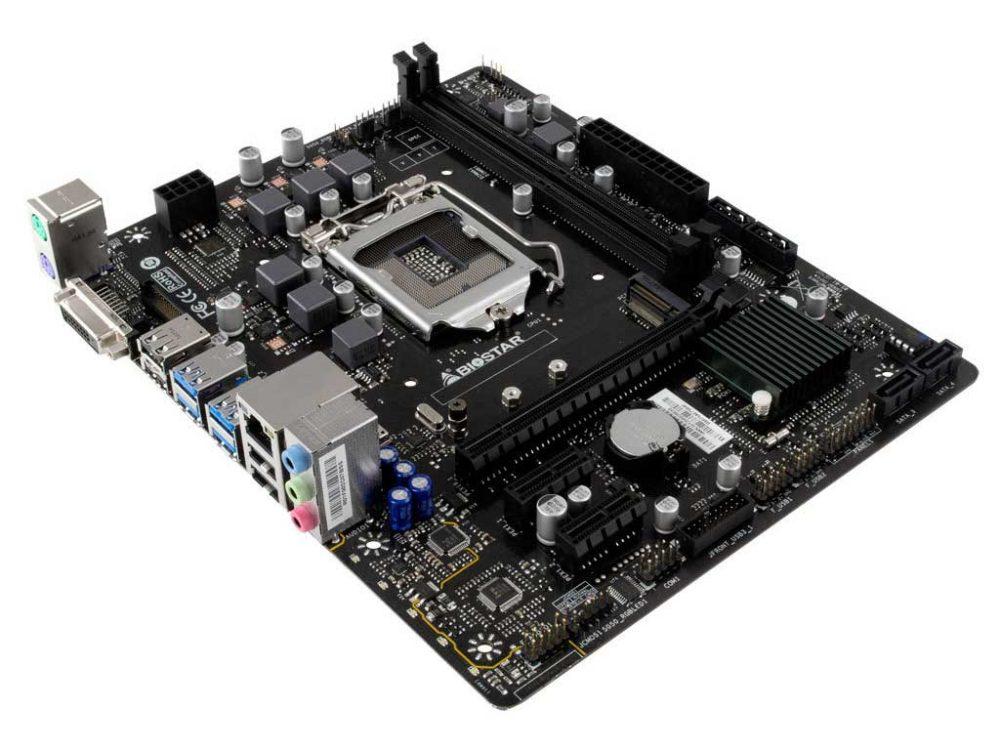 The first variant of the ATX format was the so-called Micro ATX and as you may have guessed from its name it is a more compact version of the type of motherboard that we discussed in the previous section. The dimensions of your motherboards are 244 x 244 mm and this changes the position of the expansion bays of the case with respect to the motherboard.

In such a way that the four drills The upper ones usually coincide with those of the ATX motherboard, and therefore have a space of 20 mm between them, but in the lower two the space is narrower. This is not a problem, since the vast majority of PC users do not get to use the full expandability of an ATX. Especially the low-end desktop computers used in offices and schools where they are not usually expanded. Today they are the most widely used type of motherboard for mounting PC Gaming, mainly due to the fact that they offer the level of configuration and expansion that is needed. Regarding the creation of small desktop PCs, we have the so-called Mini-ITX motherboards, which are not a derivative of ATX, since this type was created in 2001 by VIA Technologies. It is a motherboard of 170 x 170 mm and their small size usually means that they bring fewer components than the types of motherboard that we have discussed before, but the integration of components has made them as good in that regard as ATX and derivatives over time.

It is its small size that causes certain problems when assembling certain components, especially cooling systems such as radiators and heat sinks, which are designed for ATX and Micro-ATX type systems. We can also find graphics cards of a more compact size and therefore narrower in length, which are designed for Mini-ITX boxes.

Although we can find towers that support a Mini-ITX plate, since its four holes usually coincide with the four located on the left and central part used by plates in ATX format, its use in a box for ATX or Micro-ATX it’s a waste of your space. Therefore, they are recommended for the creation of HTPC or other compact systems where space is a luxury and it is necessary to make the most of it and where only smaller power supplies can be installed.

The last type that we are going to deal with is going to the extreme, since we have gone from largest to smallest, but when we talk about the type E-ATX we are facing motherboards that are not intended to be used in ordinary PCs, since they are used both in workstations and in small servers.

As you may have deduced, its size is even larger than the ATX, and the E in its name means Extended and in effect the size of this type of motherboard is 305 x 330 mm, which allows you to have a greater number of components such as more than one CPU socket inside, more DIMMs to have more memory channels, and so on.

It is not a commonly used format and this leads to many PC cases having problems when mounting them, so if you are interested in mounting a workstation or a server at home you should take a good look at the specifications of the tower you are going to use. to know if you are going to be able to use this type of motherboard.

Does it bother you that the screen turns on its own? Turn it off

this is the mistake i made

Disappointment or surprise? This is the Google Tensor, the SoC for AI