Originally, each 3 or 4-pin connector that was used to connect a fan or a radiator to the motherboard of our PC had a specific function, each of which depended on the correct operation of the system. Nowadays, on the other hand, everything is more automated, with advanced telemetry and control systems that allow a greater number of configurations and, therefore, with a greater number of possibilities for each connector.

In addition, each board incorporates a series of connectors, which in many cases are common, but in others they may be model-specific because they include a greater number of these or duplicate others, so it is interesting to know them more closely:

Which fan connector to use?

The first element to cool in a computer is its central processing unit, which carries out the execution of all the programs and coordinates the different components and peripherals in an organized manner. Today we have processors that can go beyond 100 W of consumption and generate high temperatures, which is why it is necessary when mounting a PC to know the ports to which to connect the heatsink or radiator that cools the central processor.

The vast majority of plates already allow well-named configurations UPPER and LOWER, where we can set parameters depending on the temperature, in its ranges, and even how we want the board to control the fan or pump, if for 3 pins or by PWM

This fan connector was already in the first PCs, however it has been updated over time to support PWM and range control. Its name indicates that it is the connector where we must connect the heatsink fan for the processor or, failing that, the radiator fans if we have mounted an AIO system on our PC. The reason for this is none other than the CPU temperature measurement systems.

It must be taken into account that when high clock speeds are reached, the heat generated by the central processing unit increases and therefore it is important that the system can turn on the fan of the AIO radiator or heat sink, in order to expel towards out the hot air and keep the cooling system of our CPU cool, whatever we use.

Some motherboards have an additional connector to that of the CPU_FANHowever, it lacks the temperature regulating ability of the CPU as it share voltage due to the latter. This is a bit controversial in certain motherboard models, since for both connectors many BIOSes allow temperature regulation in ranges, especially in the high ranges. So it is used to connect AIO fans or radiators that use two fans instead of one. These are connectors that are used to connect the rest of the fans distributed throughout the box, and, therefore, they serve to connect the top, rear or front fans. In the beginning they could only be regulated by voltage, but today they have evolved to the capabilities of the CPU_FAN connectors, but lacking the temperature control system. Since we are going to be able to place several fans in our PC, we will find several of them on any motherboard.

To finish with the connectors for fans we have the H_AMP, which is designed to power high-power fans, since it can triple the power of a normal connector. The problem that it brought is that it did not get along with the standard PC bus, a peripheral that was used to control the speed of the different fans in the PC. In the event that you have a liquid cooling system, you have to know that it requires a water pump to circulate the cooling liquid in a closed circuit. Not all motherboards are designed to place a cooling of this type, so you should see if they are detailed in their technical characteristics.

As the name suggests, this is where the AIO water block pump. In the case that we use an air cooling system we can connect it to a common fan. It really does not differ much from fan connectors, however, with one crucial difference, which is that many motherboards include a system that allows low revs to prevent the pump from stalling and thereby causing the temperature to skyrocket. Depending on the plate model we have, from the BIOS We will be able to adjust a curve or, instead, to configure the voltage jumps by RPM.

The most advanced motherboards and the high-end ones usually have this connector, which can give the water pump more power. However, care must be taken when using this connector, as it can triple the power and energy supplied, resulting in a reading error and we can burn the fan on duty. The reason for this is that it is designed for high performance pumps for custom liquid cooling.

So if what you are looking for is to mount a computer with an extreme cooling system that goes beyond the capabilities that the classic AIO radiator allows, then this is the option you should choose, since its greater power will allow you to make use of a more powerful water pump and maintain high clock speeds for a longer amount of time. All-time low price on the Logitech G733 LIGHTSPEED, on sale! 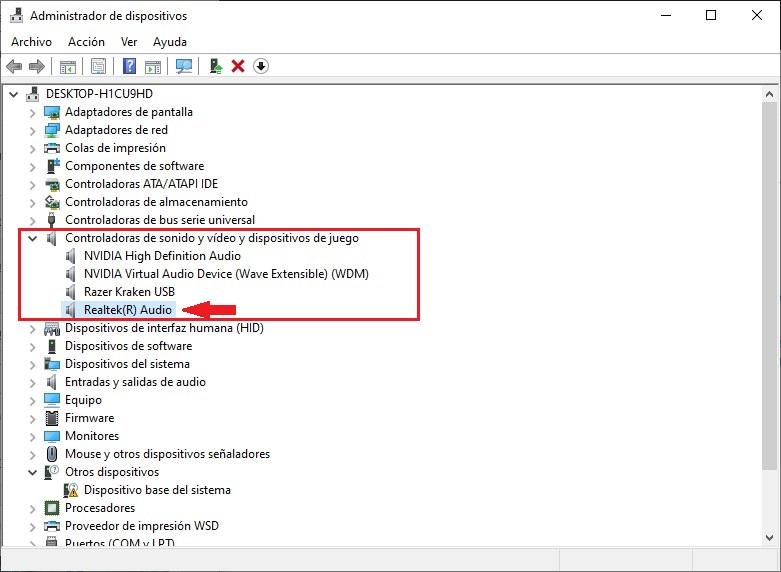 Realtek HD Audio, the best sound drivers for the PC