Disney has had, like other studios, the possibility of testing different ways to premiere your new movies. Thus, for example, there is the case of Black widow. The film starring Scarlett Johansson was released simultaneously both in theaters and on Disney +.

It didn’t go bad, at least for us, because we had a chance to decide where we wanted to see it. However, for the mouse company, things were somewhat different because the actress sued the studio because she understood that it was harming her due to the remuneration conditions that she had signed when the plan was to premiere first in cinemas and then online.

The other scheme was that of Shang-Chi and the legend of the ten rings which was released first in theaters and it will not be until next November 12 when it will arrive at Disney +. This is closer to the classic window model that existed until before the pandemic.

Well, with Eternals they will do or follow in the footsteps of this last film. So unlike the one starring Natasha Romanoff, to see it on Disney + we will have to wait as they well confirmed when they gave the exact release date in theaters.

When will Eternals and Dsiney + be released in theaters? 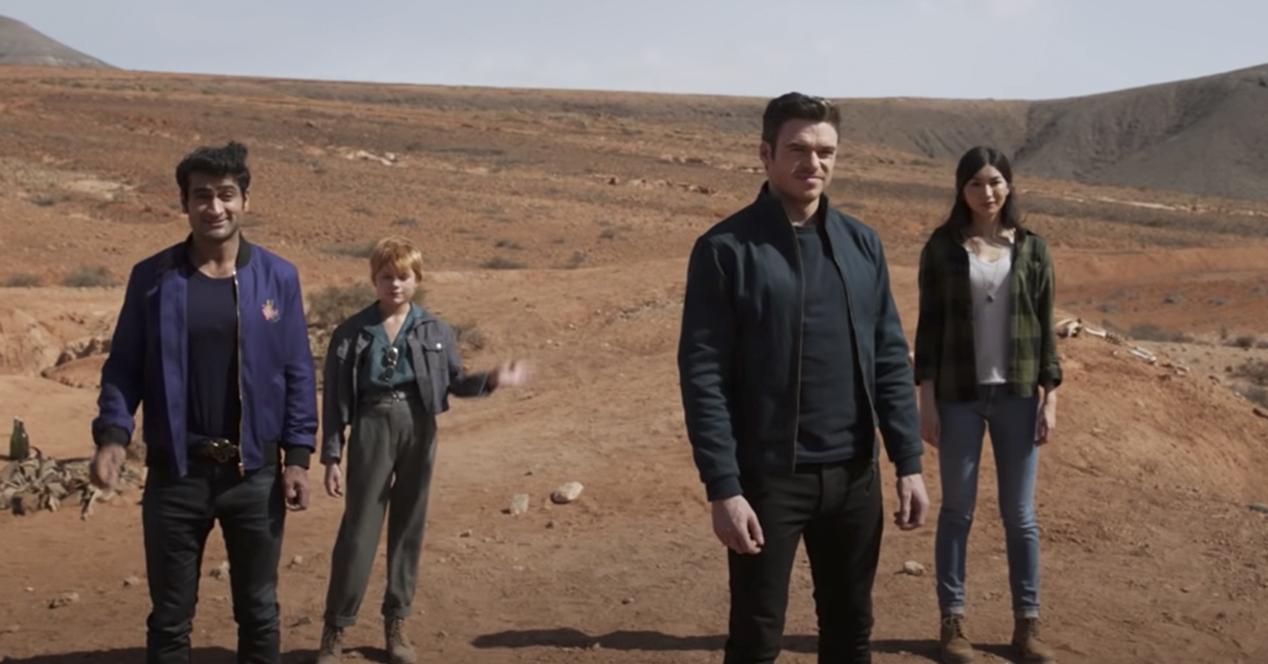 Knowing that the Shang-Chi model will be the same as the new Marvel Studios and Disney movie we have the following. Eternals It will be released in theaters next November 5 and it will not be until 45 days later when it can be seen online on Disney +.

That is, no simultaneous release for the new member of the Marvel Cinematic Universe. And yes, it may be a bad idea for some. Because it must be admitted that taking into account the quality of televisions, projectors and sound equipment that more than one has at home, the experience can be better than in many rooms. Even so, it is also true that going to the cinema is a social act and as such you enjoy the fact that you go until you arrive, watch the movie and then leave commenting on it on the way home.

Despite all this and the individual preferences of each one, what is clear is that there will be this separation of days, so at the earliest Los Eternos (Eternals) would not arrive until December 20 at Disney +. When it did, it would not be through Premium Access, but would be directly available to any subscriber of the online video platform.

And yes, some may think that they would be losing those 21.99 euros that access to that title usually consists of, as happened with Black Widow, but seeing how the cinemas are animated it will surely not affect the total income that they will be able to to get. With this movement, Disney shows that after the events with the premiere of Black Widow and the demand received by Scarlett Johansson, as well as what was seen with Shang-Chi, the premiere model is being adjusted to maintain most of the advantages of both.

Releasing first in cinemas and at 45 online is not a bad option at all. What’s more, compared to what was previously there is a great solution. In addition, going to the movies has been safe all these months ago due to the reduction in capacity and now that a large part of the population is vaccinated it continues to be so as well. What’s more, it is still difficult for the rooms to fill up as before, so if it gives you something to get surrounded by so many people, you can rest easy.

What Fire TV 4K do I buy? The best Amazon models