Surely many of our readers remember, at least, the NES Nintendo. In its time cartridges were the order of the day especially for games, and in that case it was extensive to some PCs (or rather CPC should we say) because it was a fast, cheap and safe method of storing games. While it is true that in those days you could run games without the need for internal memory in the system (that is, you could not save the game), today it seems that they could return in the form of “detachable” SSDs on consoles .

The era of cartridges could return but… also on PC?

For a while and before the official announcement of Sony’s PS5, the possibility that both the games and the storage expansion socket were covered by the use of cartridges, or more specifically SSD in the form of a cartridge with a connector, was being considered. quite similar to, for example, the PCIe used by graphics cards. Although this ultimately came to nothing, Sony’s patent in this regard is real and there remains the possibility that it will become a reality at some point since when registering a patent, there is no doubt that it came into their plans to use them.

Something similar is a reality in next-generation Xbox consoles, in which additional storage can be done using Seagate cartridge-shaped SSDs that are literally inserted through the back of the console and are ready to go. While it is true that the size of these is much smaller than that of the NES Nintendo cartridges and rather resemble those of the Amstrad CPC 464 Plus, the fact is that they have successfully implemented this technology in a modern console. . 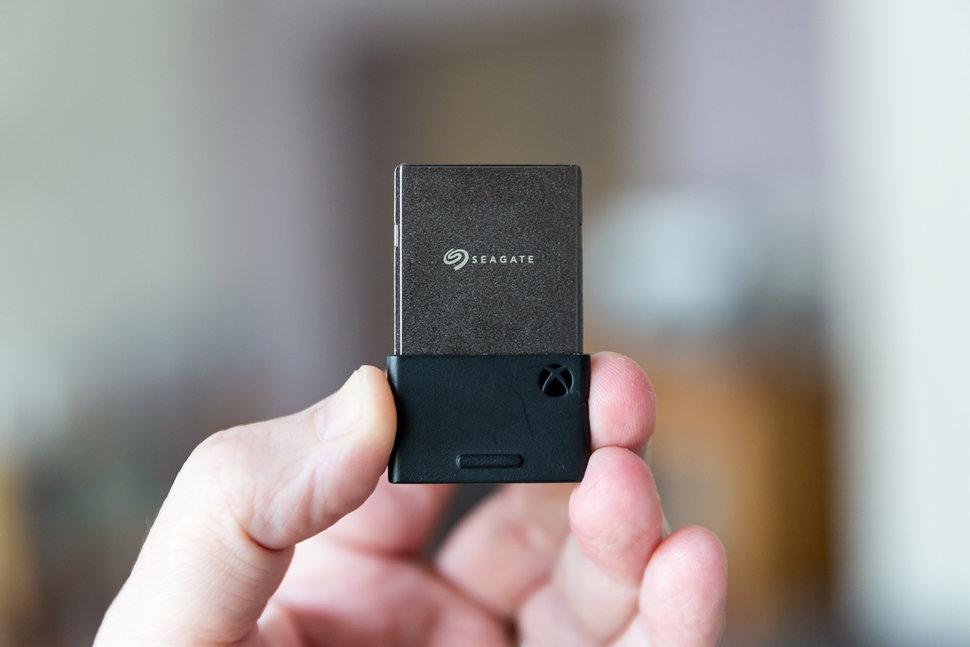 Of course, when we speak in terms of design, it is much easier to implement a “new” method of storage in a console than in a PC, since the console is manufactured with specific hardware and is made in series, so that all and each of the consoles have this socket that allows expanding its capacity through “SSD cartridges.”

In PC things change, since today even optical storage media have disappeared in favor of USB storage, which is why optical drives have also practically disappeared. To implement storage using cartridges in a PC, they would also have to design a unit that allows them to be inserted, read and written to them, something that at this point seems unfeasible for the simple fact that it is not worth it when we have hard drives and SSDs. 4 TB external for relatively low prices.

In other words, today it seems quite unlikely if not impossible that cartridges will return to the PC in any of its forms simply because it is not worth having the USB devices that we have, but it is a development that has come true. on new-generation consoles and, in fact, it remains to be seen whether in the end Sony decides to release its patent or not, because they could surprise us in the next version of their PS5 consoles.

Why you should check that you have the .NET Framework installed on your PC