LEGO and Star Wars have been collaborating for years. Many of the products that are born from this marriage are truly exclusive. Some even become highly coveted items by collectors.

To continue the legacy of LEGO Star Wars, the Danish brand has just announced its new set The Razor Crestthat is, the Command ship in The Mandalorian. It is an exclusive and totally limited construction that a lucky few will be able to enjoy.

The Razor Crest will not be for beginners. LEGO considers that assembling the bounty hunter’s ship is not going to be a child’s thing, since it is about one of the sets with the largest number of pieces that the brand has launched to date.

The Razor Crest sneaks into the top of the LEGO figures 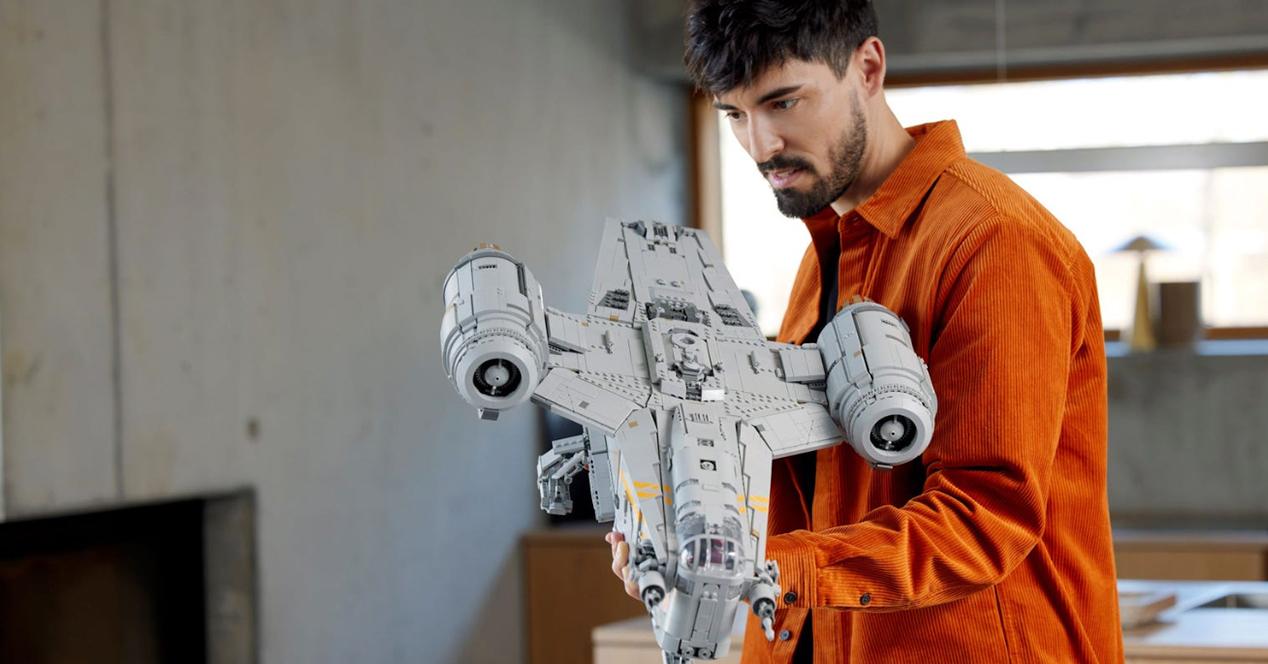 The construction of the command ship has a whopping 6,187 pieces. If you saw our ranking of LEGO sets with the most pieces, The Razor Crest would easily sneak into the top 10just below the LEGO Star Wars AT-AT and Hogwarts Castle.

the ship of The Mandalorian it will not be small in terms of dimensions either. It is about 72 centimeters long, 24 wide and 50 high. It does not take up space like the LEGO Titanic, but it is possible that your partner will kick you out of the house if you try to place the model in the living room.

Once assembled, the ship will not lack a single detail. The Razor Crest can be disassembled from various points so that we can see its interior, as well as play with all 5 minifigures that are included in the set. The characters will be the Mandalorian, the Mythrol, Kuiil, a Blurrg and our dearest Grogu in an aerocrate.

If you want to get this exclusive set, we fear that you are going to have to scratch your pocket quite a bit. The Razor Crest goes on sale for about €599.99a price quite similar to that of the rest of the giant LEGO sets.

Sale starts next October 7, 2022although if you become a LEGO VIP, you can make your purchase on October 3, and you will also accumulate some valuable 4,500 VIP points.

Now, the thing is already in your hand. Would you have time to build this massive LEGO ship before The Mandalorian Season 3 premieres? The series will arrive at Disney + next February 2023, so you have about four months, a bridge and a Christmas in between.

PS5 Pro: everything we know about the next Sony console