Sir Tim Berners-Lee has been skeptical of the effectiveness of a Web3 based on blockchain technology and continues to bet on his own vision with the decentralized platform «Solid», which he assures will be the one that truly give users full control of their data.

Web3 is a concept that you are going to hear a lot about in the coming months/years. It is a set of technologies that promises to offer a new and improved version of the great world computer network World Wide Web, by making major changes to the way we connect and communicate on the Web.

Berners-Lee shares the supposed mission of Web3 to transfer the data of the Big Tech users, but has taken a different route to the target. While Web3 is based on blockchain, Solid is built with standard web tools and open specifications. Private information is stored in decentralized data containers called “pods”, which can be hosted wherever the user wants.

From there, users are the ones who decide the applications that can access their data. Embodied by Berners-Lee (and other leading technologists) in the Solid platform, this approach is intended to provide interoperability, speed, scalability, and privacy. Something that cannot be achieved with a blockchain-based Web3, according to Berners-Lee: “when you try to build those things on the blockchain, it just doesn’t work”.

Berners-Lee says that Solid has two separate purposes. One is to prevent companies from misusing our data for unsolicited purposes, from manipulating voters to generating clickbait. The other is to provide opportunities to benefit from our information. Health care data, for example, may be shared among trusted services to improve our treatment and support medical research. Our friends from Facebook, LinkedIn or Flickr could access our photos without having to upload the images to each platform and always with express authorization.

This evokes Berners-Lee’s original goal of making the web a collaborative tool. «I wanted to be able to solve problems when part of the solution is in my head and part of the solution is in your head, and you are on the other side of the planet, connected by the Internet»Explain. “That was the kind of thing I wanted the web for. It took off more as a publishing medium, but all is not lost».

And it is that 32 years after the “father of the WWW” wrote the proposal for a system for the distribution of hypertext or hypermedia documents interconnected and accessible via the Internet, which would be the germ of the worldwide computer network that we use today, The World Wide Web is facing serious challenges.

The Huge dependency on tech giants and their servers they are behind the problems of the current Web. If the big platforms go down, users can’t access content or communicate with each other. In addition, the control of the content is in your hands, as well as the personal data collected massively and not always with due transparency. Not to mention fakes, disinformation, censorship, government cyber espionage or the interest in breaking with network neutrality.

Web3, another way for the same goal

Berners-Lee is trying to convince governments, companies and users of the need to add a shared set of commitments to improve the WWW and “restore the power of individuals on the web”. That is also the great objective of Web3, but to achieve it, it relies on quite different tools.

Much of the Web3 vision is based on the blockchain technology. This blockchain is basically a decentralized network built on peer-to-peer connections. Each device on the network handles a small portion of the computing and communication that occurs on the network, creating an online network without the need for servers and therefore without the control of large platforms and/or governments.

We have already seen this type of connection peer to peer in action. Some more recent ones like the mesh apps used for instant messaging that kept activists connected during the Hong Kong protests and anonymously. Others have been used for decades, such as bittorrent networks that do not need centralized servers since the computers of each user store pieces of data. If implemented on a global scale, theoretically could be removed by complete the need to servers centralized. With what that would entail. 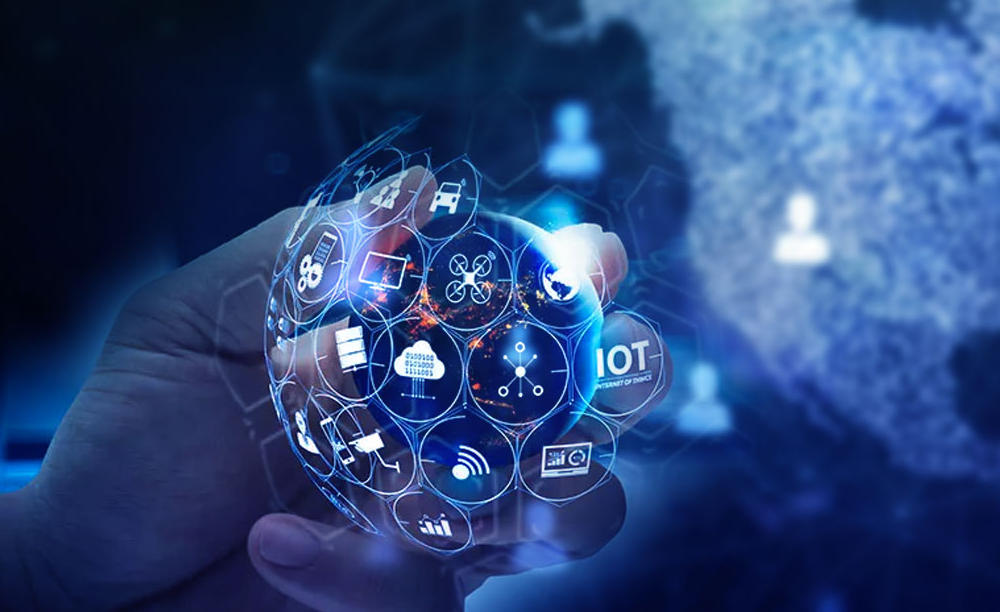 While the possibilities for peer-to-peer communication are exciting, the blockchain is so far best known for powering cryptocurrencies and NFTs, those unique tokens that are already being used in various arenas. Although they do not have the best publicity, they are important technologies of the Web3 and they have a whole world of possibilities of use for users and professionals beyond the best known, for example digital art.

Surely the most ambitious Web3 project today is the “metaverse”. The general idea has existed in science fiction for decades, but has jumped into the global ‘real’ world following Mark Zuckerberg’s announcement (Facebook’s name change to Meta included) as virtual 3D spaces where users would interact in real time on environments created with virtual/augmented reality. We are also going to have a metaverse in the soup because Microsoft and other big technology companies have plans to promote it. Or Apple itself when marketing its first AR / VR devices.

It will take many years to get all of this up and running. Be it Solid or Web3, hopefully the goal of a website that returns control to the user and not another more advanced and different way of doing business. We have a recent example in Blockchain technology itself, originally conceived as a way to create a decentralized “world computer” that would connect everyone to a massive serverless network, but has ended up pivoting primarily to handling cryptocurrency and NFT transactions. And it is not clear that those in power will allow a Web3 with more freedom, anonymity and control of our lives online.

Ingenuity will make its longest flight to date