Friend sends you a picture in HEIC format and unfortunately you can’t see it? No need to call a marabout or change phones. Read this tutorial and you will know all about HEIC. 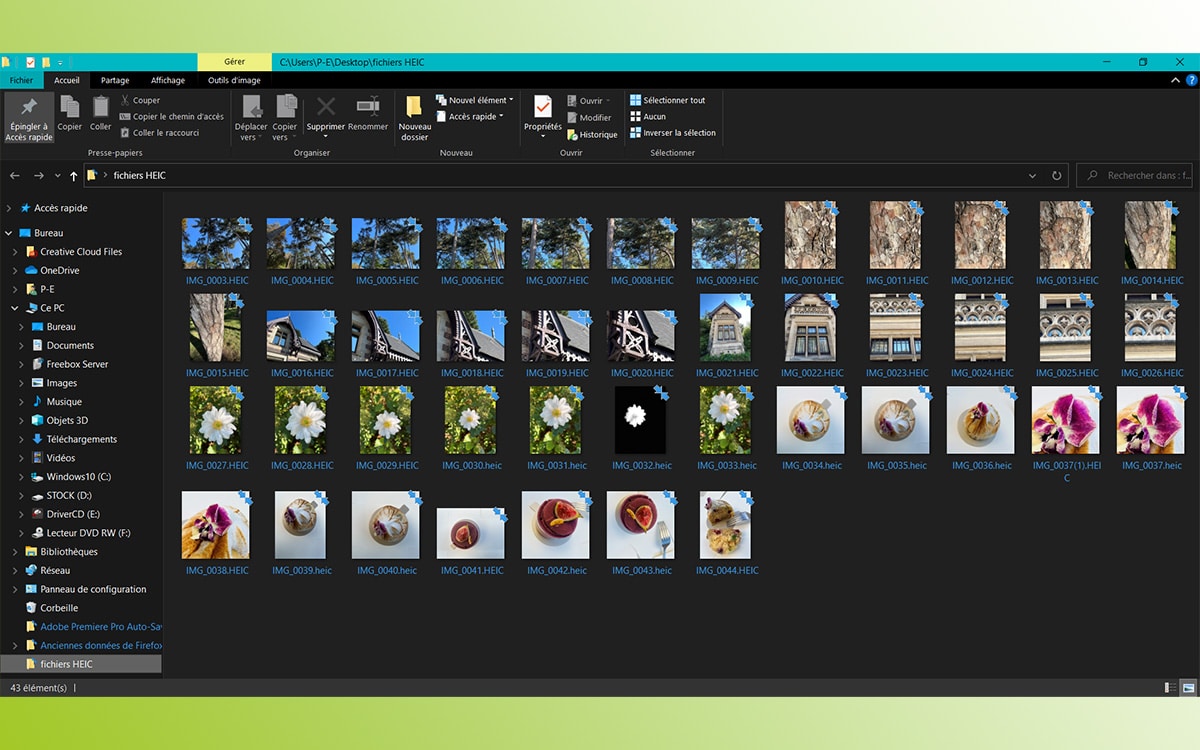 By importing a HEIC photo from your iPhone or iPad to your Windows PC, you may have noticed that your computer was unable to read it. It’s not a question of PC / Mac compatibility, it’s just that this image format is exotic to your computer. On your recent Mac (High Sierra and later), HEIC is fully recognized by macOS. Do not panic, it is however possible todisplay a HEIC image on Windows and convert it in other formats like JPG or PNG.

What is a HEIC / HEIF file?

HEIC (for High Efficiency Image Codec) is the default image format for iPhone and iPad. It appeared with the release of the iPhone 7 (with A9 chip) and iOS 11 in September 2016. Contrary to what one might think, HEIC technology was not invented by Apple. It is the work of the independent MPEG group (Moving Picture Experts Group), to which we already owe the famous MPEG video codecs. This international group of experts developed the HEIF (High-Efficiency Image File format) standard in 2013 and only finalized it in 2015. With the improvement of video sensors, the idea was to find a codec that consumes less storage space than JPEG, but also of better quality. The HEIF image format is in fact itself based on developments in the HEVC (High Efficiency Video Coding) video codec, which is often known by the name H265 since it is later than H264 (= MPEG 4). The idea being to find a replacement for the aging JPEG, dating from 1992. 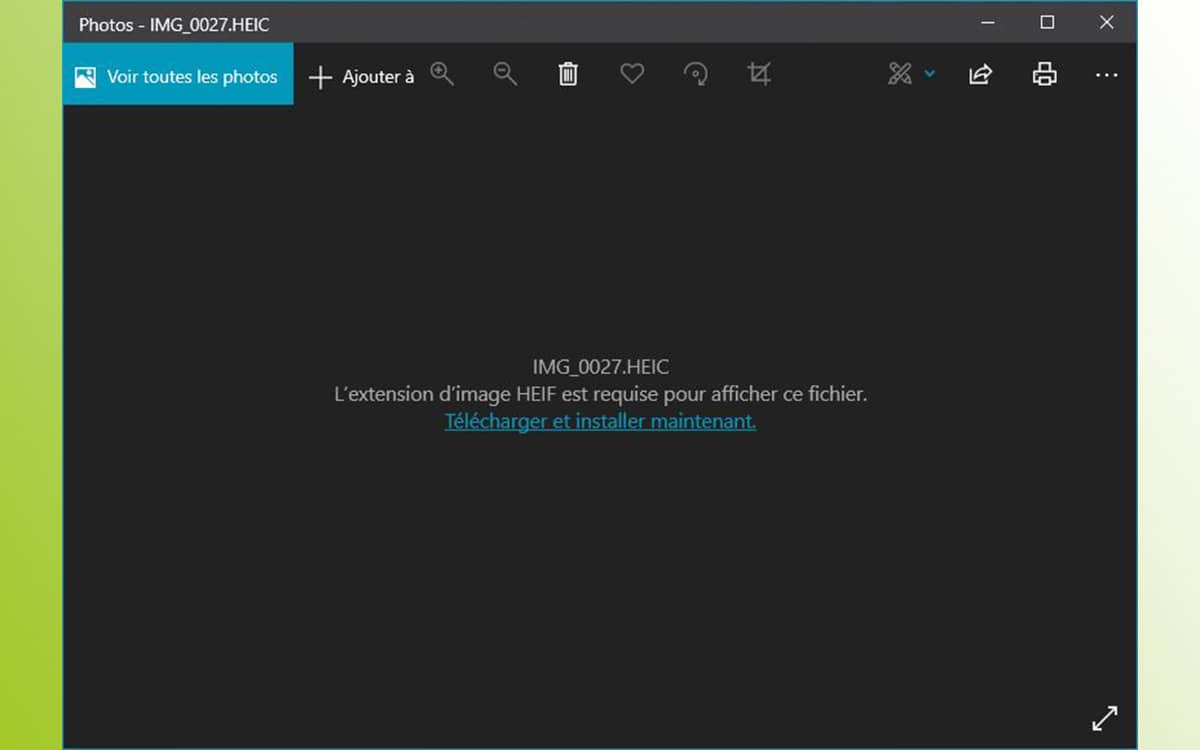 What are the advantages of HEIC?

Unlike JPEG which is a simple photo codec (program encoding / decoding multimedia information), HEIF (and therefore HEIC) is also a container. That is to say that” it can bring together one or more image files, but also additional data.

This metadata can be EXIF tags (information associated with each shot such as ISO, shutter speed), XMP (steps of editing a snapshot such as rotation or saturation), a alpha channel (for transparency) or a depth map (recording a face “cut out” in portrait mode). Apple added other metadata particular for its HEIC standard such as filters. 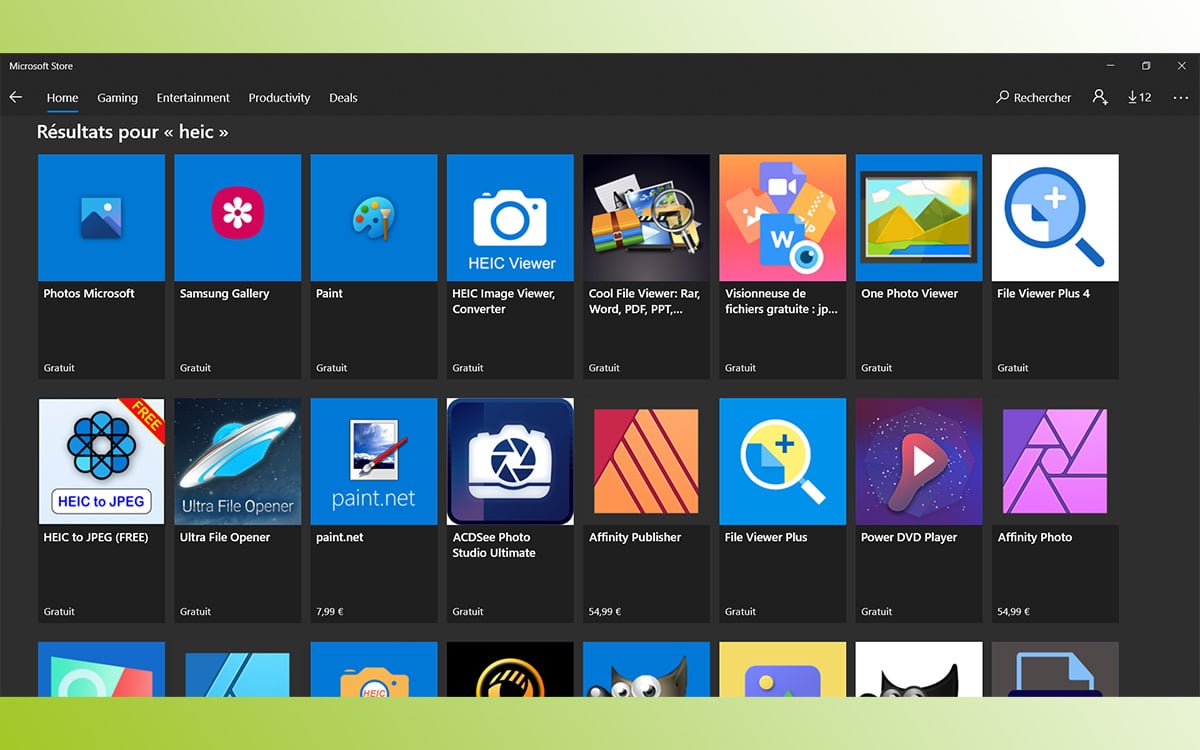 It is thanks to the HEIF that it is always possible to find an original photo on iPhone / iPad, despite resizing, emojis and other tweaks. Indeed, all changes to a HEIC / HEIF file are non-destructive, according to computer jargon. In other words, it is always possible to revert to the original photo despite cropping or further editing. A file invisible to us (and contained in the HEIC file) keeps the different editing steps, and applies it in real time to the original image file, a bit like a gigantic Photoshop layer. This is an important advantage over JPEG since the quality of the image deteriorates as you edit.

In addition, HEIF is a container capable of gathering several images. HDR sequences, GIFs or bursts of photos taken on iPhone / iPad are thus the result of HEIC. 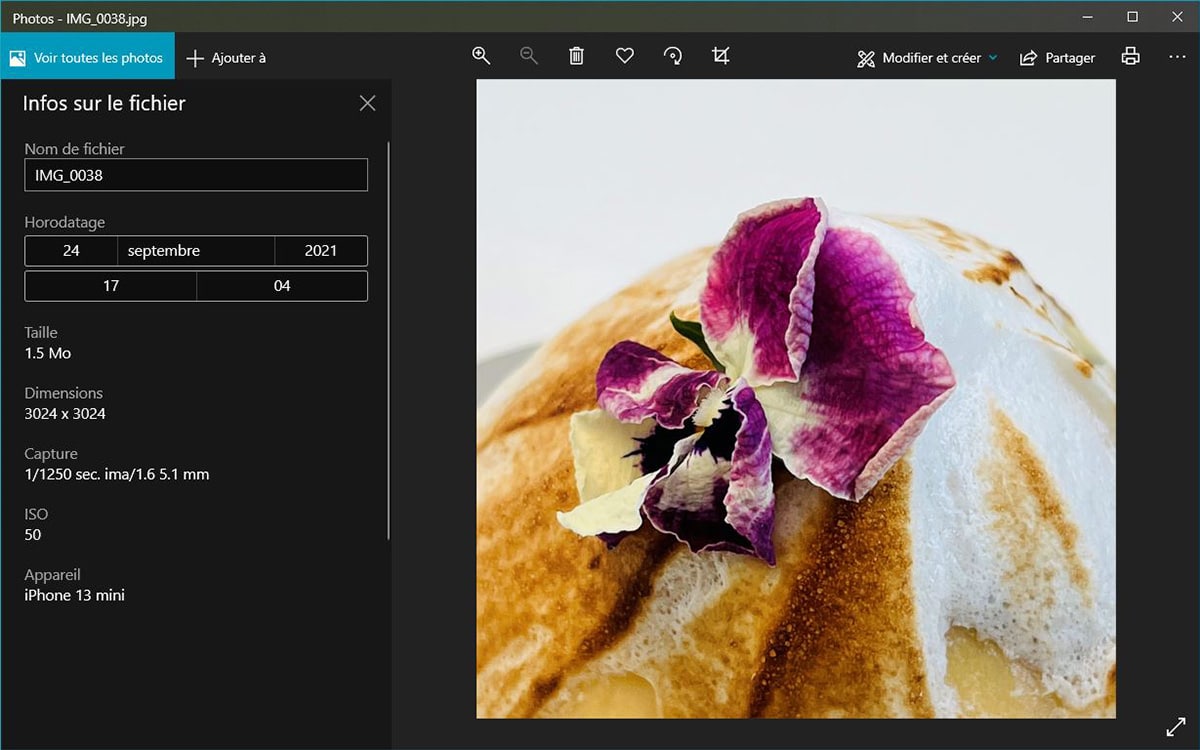 Finally, HEIC offers better compression than JPEG. Apple announces that its HEIC codec reduces the size of a JPEG file by 50% for equivalent or better quality. A JPEG image is indeed coded on 8 bits while HEIC allows coding on 16 bits (therefore more nuances in dark and light tones). The downside of this new codec is that it requires more computing power.

By default, neither Windows 10 or Windows 11 cannot read this format of exotic file. In Windows File Explorer or Photos app, HEIC files will not be recognized and unreadable. It is therefore necessary toinstall small software so that your HEIC file is accepted by Windows, in its file explorer in particular. Rest assured, there is no need to take out the credit card. There are a legion of HEIC (usually paid) apps out there, but Microsoft has a free one. 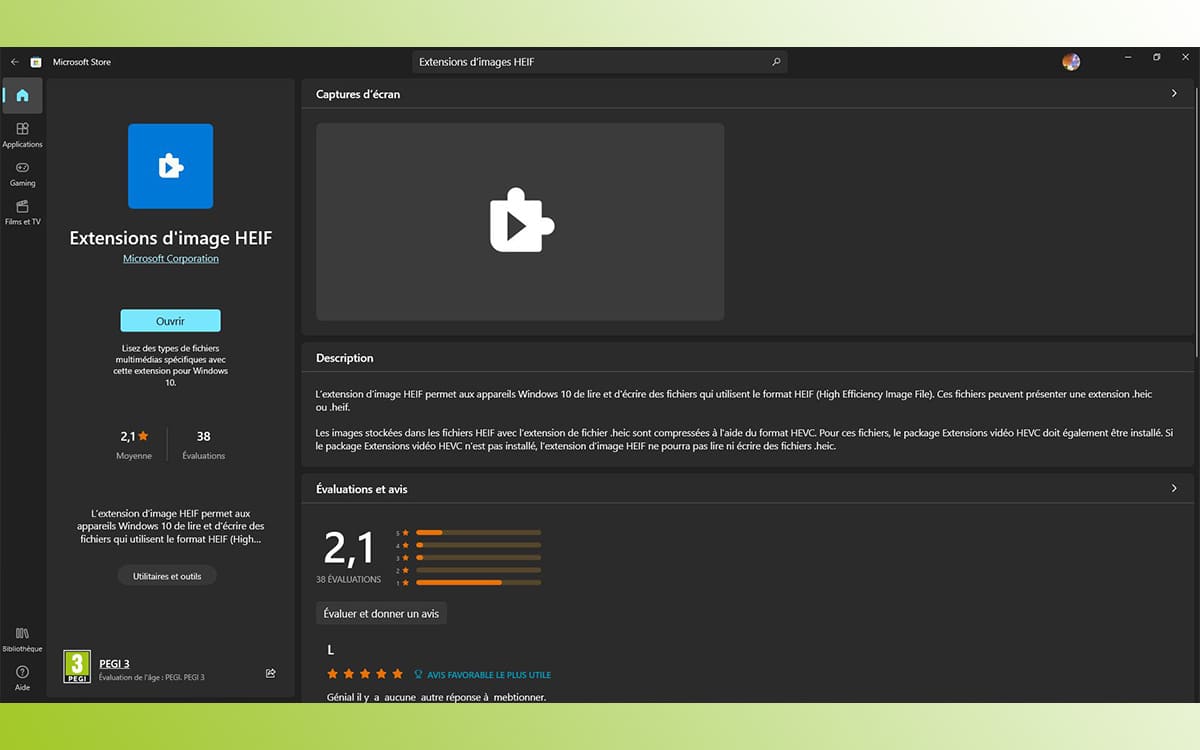 It bears the sweet name of ” HEIF Image Extensions ” [  ]. Then click on “Get” from the dedicated page on the web (which will redirect you to Windows Store) or type “HEIF Image Extensions” in the Windows Store search box. The 1.52 MB program is installed and your images are then visible in the file explorer as well as in the native Photos application. If you have updated your version of Windows 10 (version 1803 and above), HEIC / HEIF files will be read correctly by your operating system.

HEIC is a format full of advantages, but which is still little used by a good number of software (the Office suite, certain editing software…) or web services (WordPress…). We therefore advise you to convert it to JPEG or PNG for easier handling. Once installed “HEIF Image Extensions”, the application Pictures, the viewer installed by default of Windows, is able to open but also to save a HEIC file in JPEG, but also in PNG, TIF, BMP, GIF…

Moreover, Paint, the basic Windows image editing program, can also open and convert a HEIC / HEIF file. However, Photos or Paint are limited for converting images as they cannot batch process. 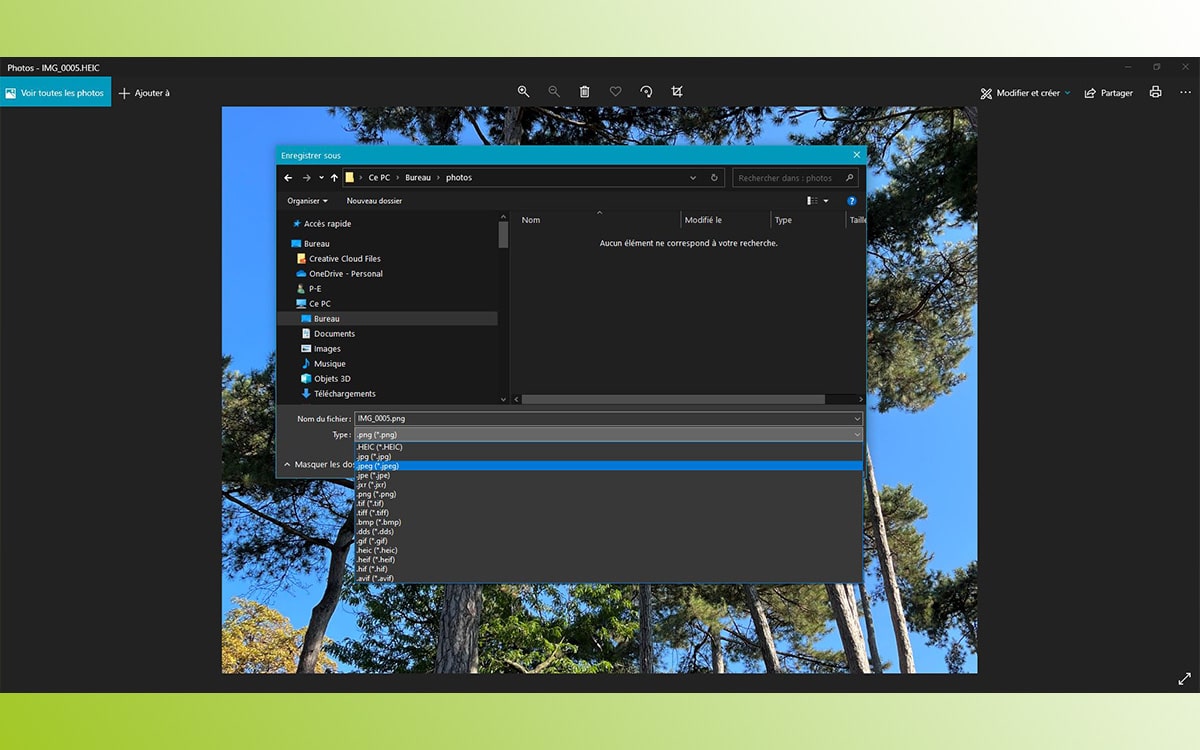 To perform batch conversions of HEIC / HEIF images, it is therefore preferable to turn to specialized software. Several apps (free and paid) are available for conversion:

CopyTrans is particularly easy to use. After installing the application, open the file explorer then right click on the HEIC photo (s) to convert. A menu opens and then suggests “Convert to JPEG with CopyTrans”. Validate with a left click. Photos are converted to JPEG in the same folder. The original HEIC files are not deleted. 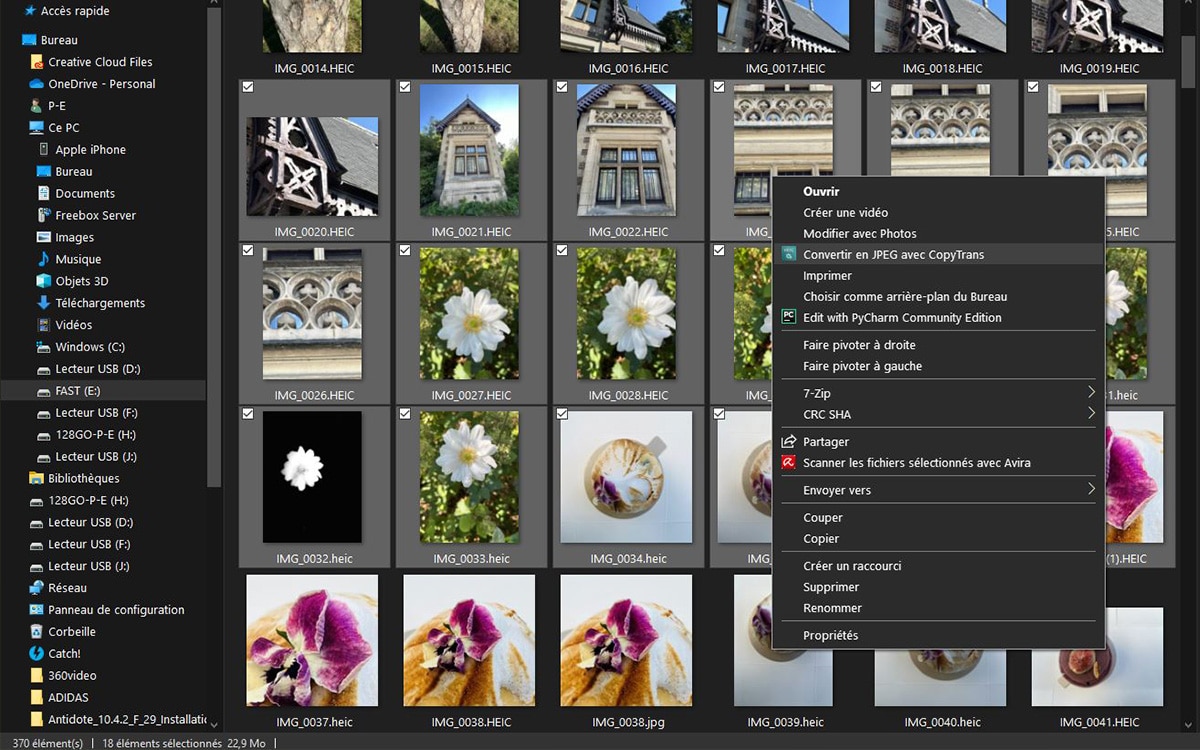 What applications can open a HEIC / HEIF file?

Newer photo editing applications are capable of opening (and converting) HEIC files. We thus note the paying tenors like Photoshop Where Affinity Photo, but also open source software like GIMP (since version 2.10) or Krita. 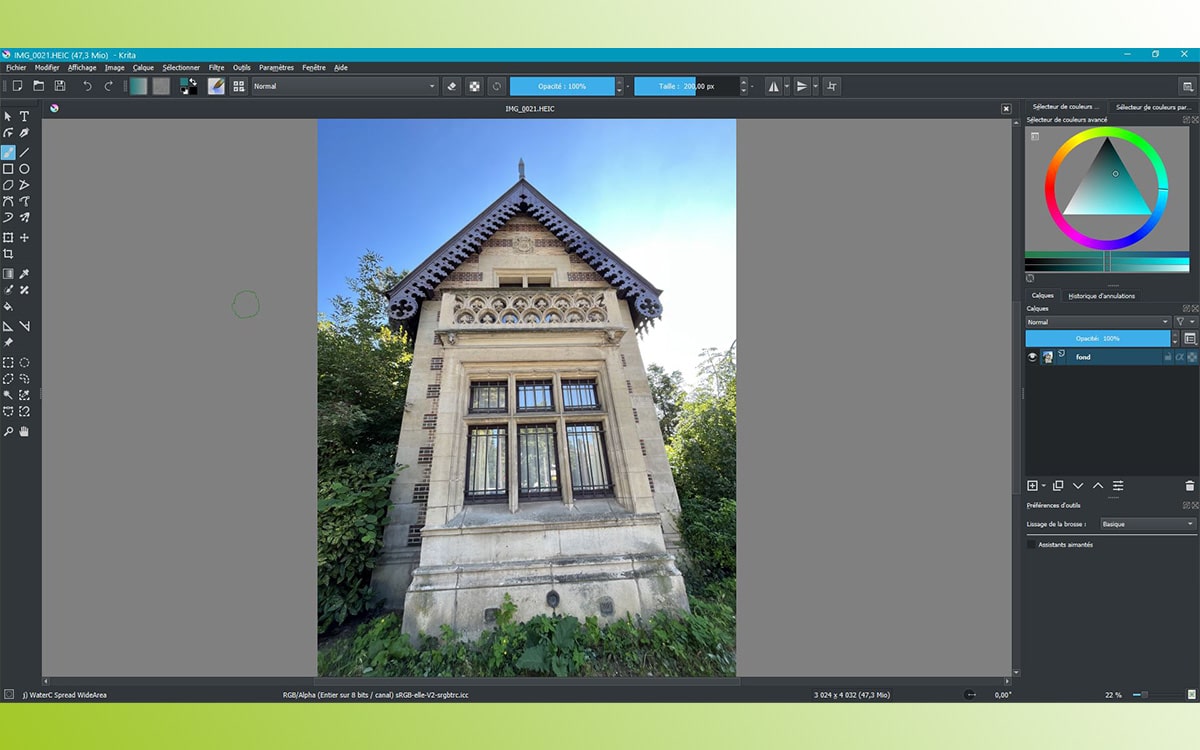 What web services are used to convert HEIC / HEIF file to JPEG?

If you only need files occasionally, a web service may be sufficient. Unlike an app, there is no need to install an executable (sometimes prohibited on some desktop PCs). Only a recent web browser is required. Like any file sent to a web platform, it is potentially hackable and accessible to malicious people. We therefore advise against using a cloud conversion service for professional (sensitive data) or intimate images. 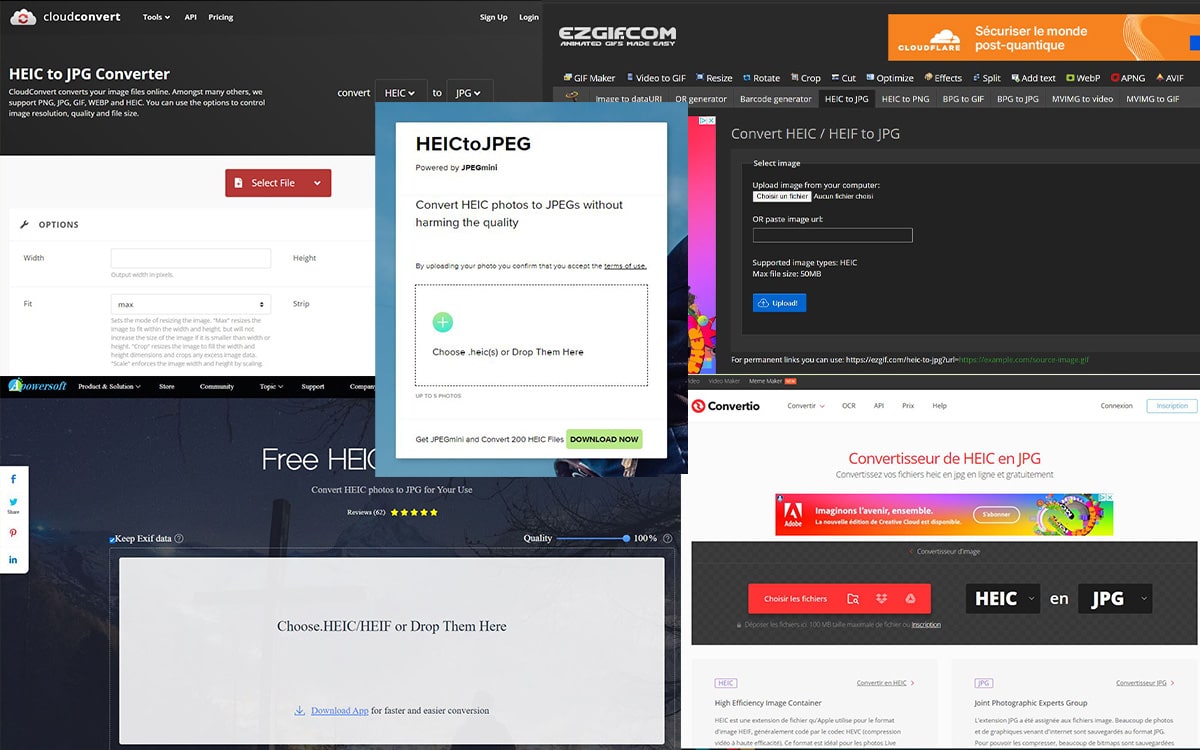 By default, photos and videos are saved in HEIC. For better portability of your data, it may be more appropriate to change your settings. Just go in Settings > Camera > Formats, then tick The most compatible. From then on, the photos will be saved in JPEG and the videos in MOV (with MP4 codec). Remember that screenshots are not affected since they are kept in PNG format. 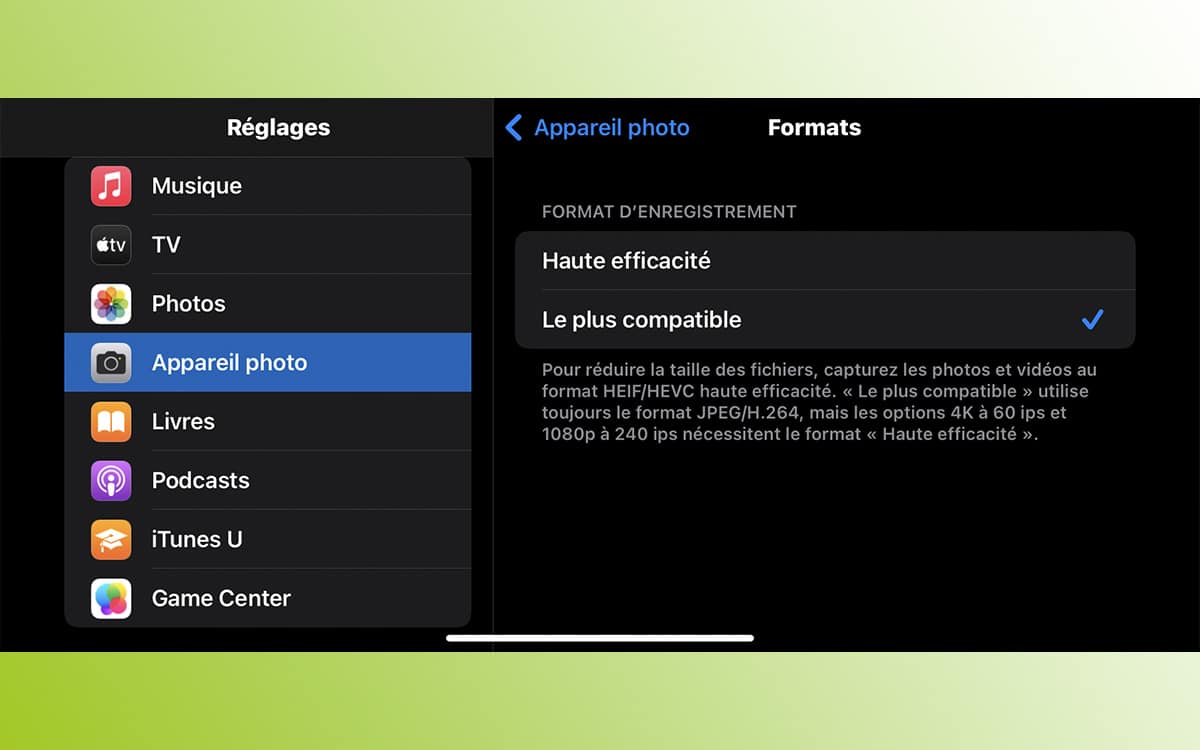 Chrome makes SMS security codes more user-friendly, if you have the patience to set everything up