The biggest bottleneck for data processing is the memory that stores it. Both in distance, speed and energy cost. So the future challenge is to bring them closer to the processor in 3DIC designs, but also one of the problems with RAM is that data is not perpetual and is lost over time. Fe-FET technology and the latest advances and discoveries with it allow to solve both problems and will make possible new types of devices with applications not seen until now.

Fe-FET or Ferroelectric Field Effect Transistor is a type of semiconductor device that is one of the materials that holds the most promise for future computing. Not only because of the fact that it can change state quickly enough to change state, allowing the creation of logic and therefore high-speed RAM and processing systems. But its greatest particularity is that it can maintain its state even without receiving electricity. Which allows it not only to function as RAM memory, but also as a non-volatile storage system.

This advance not only allows the creation of in-memory processing systems, but also a more advanced paradigm in which storage, memory, and processing can all occur on a single chip. Thus allowing designs that until now were not possible. In particular, it will allow the unification of storage with memory. Something that until now is only possible in microcontrollers and a very low speed due to the nature of programmable ROMs.

With the development of new chip organization and intercommunication systems where everything points for years towards 3DIC designs, the new discovery that has been made is a step forward towards the ideal of computing. 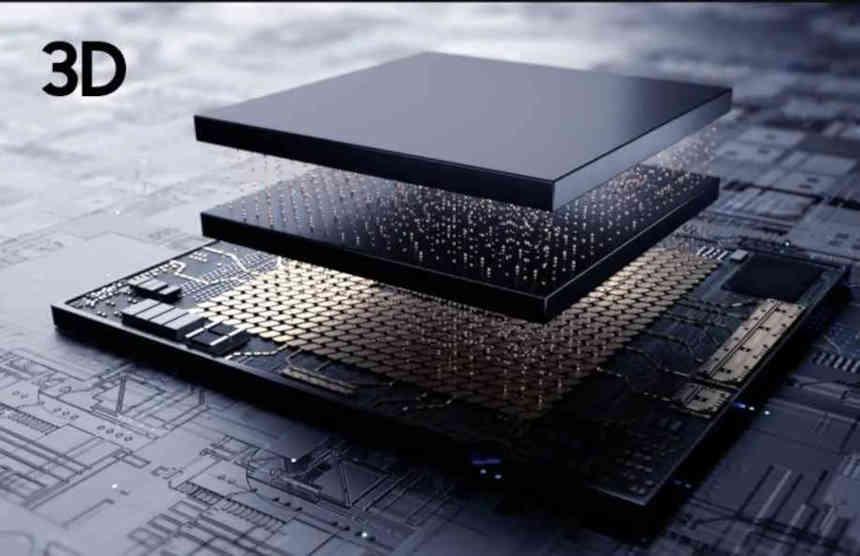 A research and development team from the University of Pennsylvania’s School of Engineering and Applied Sciences have discovered how scandium-doped aluminum nitride (AlScN), which is a material that exhibits ferroelectricity, can be used to create FE-FETs as well as memory of the diode-memristor type that are commercially viable.

Its utility? Let’s see what its inventors say about their discovery:

One of the many ways chip designers are thinking to overcome the limitations of processing large volumes of data through silicon is to find materials that allow memory components to be mounted on top of the processor without damaging the processor. processor in the process, causing them to become a two-in-one device. ‘

It is therefore an ideal material for the creation of 3DIC systems, especially those that consist of logic + memory. Whatever the case, connecting two chips vertically is a delicate process that can lead to the destruction of both parts. Increasing the production costs of this type of solutions.

Since AlScN can be deposited at relatively low temperatures, we knew that it represented the possibility of directly combining memory with logic transistors. We just needed a way to integrate it with the rest of the chip architecture.

The temperature of the components in any 3DIC design has always been one of the biggest challenges when designing these types of processors. The use of FE-FET memory as RAM opens the possibility of unifying storage memory with RAM in the future, forever changing the memory paradigm. At the moment it is an advance at the laboratory level and it is something that will take time to see in a commercial product.