A trend in the world of PCs is not only that these are becoming more powerful, but that they consume more energy and even today where the term performance per watt is on everyone’s lips we find a horizon with graphics cards with 450 W and even up to 600 W of consumption, which is why a new generation of PSU is necessary to mount on PCs. One of the bets is the ASUS ROG Loki SFX-L, which is loaded with news.

Available in power consumption of 750, 850, 1000 and 1200 W, ASUS Loki PSUs have reached their maximum power capacity with the model SFX-L. Which differs from the ASUS Thor by the fact that they are designed for computers with a small form factor, so we are facing the most powerful power supply so far compatible with boxes of the type Mini-ITX.

This is interesting if we want to mount a computer with a Mini-ITX box or of similar power and put a gaming graphics card with a PCI Express 5.0 interface, such as an HTPC with this new compact power supply from ASUS.

Regarding its level of efficiency, ASUS ROG Loki SFX-L 1200W has a certification 80 PLUS Titanium, so it will take advantage of more than 94% of the power. As for the rest of the models, these support the certification 80 PLUS Platinum (92% efficient). In addition, that it is a modular power supply where you will only have to have the power cables that are necessary to use it connected and where the 16-pin connector for PCIe Gen 5 that will allow feeding up to 600 W to our graphics card. The corresponding cable will come with the cable for this connection included as standard.

What stands out from the design of this PSU is its dissipation system and that under a consumption of 1200 W the amount of heat released in the process of transforming one type of current to another is very high. This has forced them to create an extremely dense power supply and for this they have had to completely redesign both the PCB inside it, as well as the cooling system.

Inside we can find a dual 120mm fan that makes use of the proprietary ROG Axial-Tech technology to achieve a higher level of pressure than the fans of the PSU. All accompanied by RGB lighting compatible with AURA Sync. As a last point, ASUS offers a ten-year warranty on these power supplies, but only three in the case of the RGB lights that it has built-in. Install Windows 11 on your AMD PC? These are the compatible boards 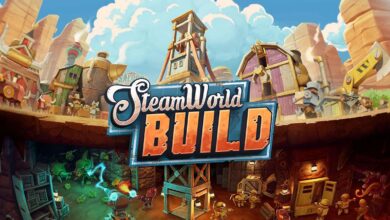 The new SteamWorld you can now play