The diminutive size of the Xbox Series S surprised everyone when the console became official, yet it is capable of even more impressive when you hold it in your hands. But no matter how small it is, in the end the console is still a desktop model, although that should not have been what the xScreen guys thought, who have decided to give it its own screen to turn it into something like the most powerful portable console in the world. moment. Do you find it interesting? Well, you can already get one.

An external display for the Xbox Series S

The idea was presented a few weeks ago, but it was not until today that it began to seek funding through Kickstarter. The product is called xScreen, and it is a screen of 11.6 inch offering a resolution 1080p at 60 Hz, a quality that perhaps would not take full advantage of the 1440p that the console is capable of offering, but that basically stays there because it is easier to produce at that size.

The peculiarity of the product is that it only needs to be connected to the console to function, so it does not require any type of external power supply or additional cable. The HDMI and USB connectors are perfectly aligned with those on the console, so you just have to dock the xScreen and fit the safety latches that hold the screen to the console.

Of course, the console will obviously need its own power, so you will continue to depend on a plug to make it work, but at least you will enjoy total independence by not requiring a free Smart TV at home to play. Its design also allows it to be folded and completely collected, making it a fantastic accessory to give some independence to the small Microsoft console.

This screen has a total weight of 695 grams, includes two stereo speakers, and controls from which to adjust the sound volume, brightness and other settings of the screen.

Where can you buy it? 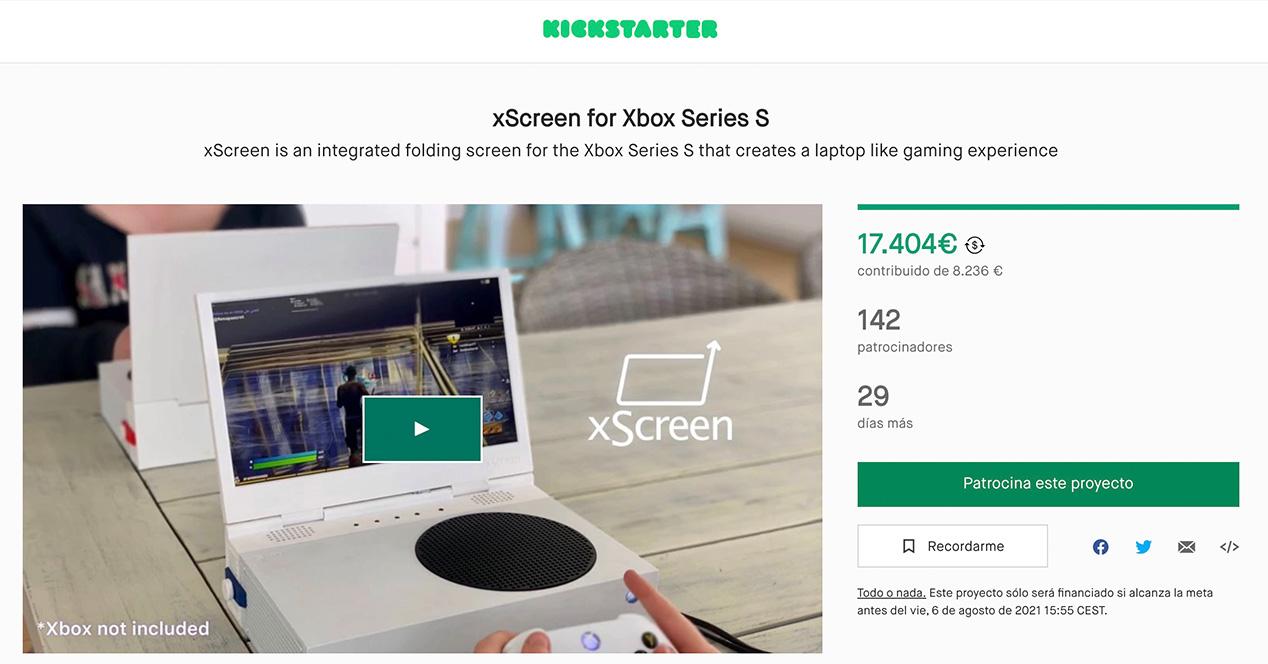 The xScreen has started its financing period through Kickstarter, and in order to get a unit you must support the project with 249 Australian dollars (about 160 euros To the change). It is a very good price considering the integration it achieves with the console, but you have to take into account that almost for that price we can opt for external USB screens of larger inches such as the following that we leave you below:

The product is being a success, since they have reached in a few hours 17,000 euros of the 8,000 they needed to bring the screen to production. Keep in mind that the 249 Australian dollars of its price on Kickstarter will not correspond to the final price of the product, since this xScreen will be sold with a final price of 329 Australian dollars (about 210 euros at the change). As you can see in the official video of the product, it seems to us a fantastic complement with which we can take the console to any corner and continue playing the game that we have just downloaded from Xbox Game Pass.

Is the metaverse a danger to humanity? Expert alert to his dark side