A gimbal with a built-in touch screen

The first model of the Weebill family of Zhiyun has already surprised many with a design somewhat different from what until now was used to see in gimbals of this type. However, we must admit that it was successful because with certain cameras and at specific times it is much more comfortable to be able to hold the gimbal with two hands and in a way that provides greater stability to certain movements. And that was achieved by said proposal with the use of a second handle.

Now comes the Zhiyun Weebill 2 and gives a new twist to the original idea of ​​the product by adding a touch screen that changes the user experience completely while reducing the need to have to purchase an external monitor and place it using some kind of special support, clamp or magic arm if you have problems to do so.

This 2.88-inch screen has a small size, similar to what the cameras themselves normally include, but due to its position and capabilities it is a very interesting addition. In the first place, because it is rotatable and foldable, so that you can place it in the position that interests you the most when recording any shot. Thus, neither the camera screen will bother for certain camera movements nor will it matter if it is as in some Sony models it is not hinged or articulated.

Second, the screen allows access to all gimbal settings And that avoids having to go around taking out the mobile phone to connect to it and being able to modify parameters such as the speed of rotation of the motors or resistance according to the weight of the camera, also access to settings such as modes of use, timelapse options, smart tracking of people and moving objects, etc. 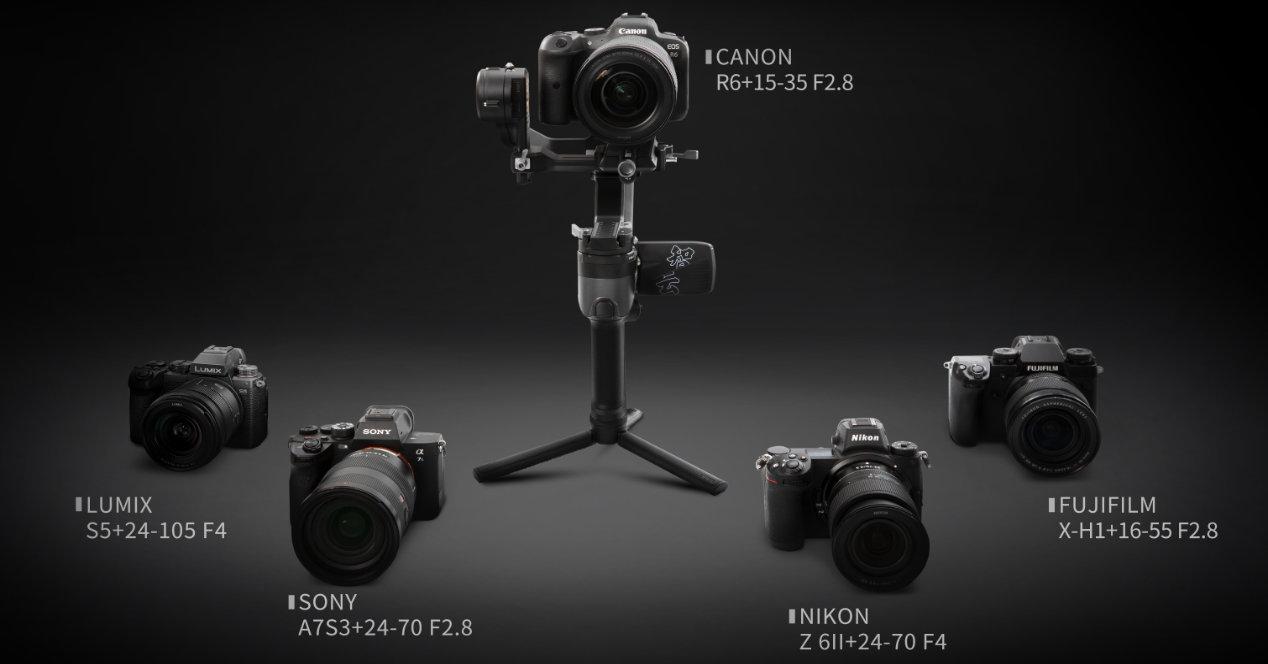 Both things are what make the user experience different from what we have seen until now and have been able to enjoy with this type of accessories for video recording. And be careful, there will be those who find it more or less interesting, but it cannot be denied that it is something that starts out for any type of user looking for a new gimbal.

For the rest, the gimbla has that characteristic design and details such as the system that allows to fix the three legs that serve as a minitropod have been polished. So you can use it as a second holding handle if you don’t want to buy the Sling handle. It also incorporates a wheel that allows you to control the zoom, zoom, etc., depending on the camera support or the motorized follow focus that is purchased separately.

The Zhiyun Weebill 2 is a very interesting gimbal that breaks with the usual. In addition, the support it offers for different types of cameras and brands makes it practically an option for any user with somewhat advanced needs when recording video.

However, they recommend it on their website for cameras like the Sons A7SII, the Canon EOS R6 or the Panasonic Lumix S5. But we already tell you that there are many more models that will be able to take advantage of this new option.

About prices, the Zhiyun Weebill 2 Basic Pack will have a price of 579 euros and the combo with all the basic accessories, the Sling controller and the transport bag will go up to 679 euros. Finally, the Pro and Pro + version, which will include a new video transmitter and the followfocus plus the MasterEye Visual Controller VC100 of the second version plus, will have prices of 929 and 1129 euros respectively.

If you take into account what other similar options on the market are worth, they are not exorbitant prices. Much less if they comply with everything they promise in terms of use.

Regional elections: “Online voting can only worsen the situation”