What to consider when buying a WiFi amplifier

A purchase like this should not be taken lightly. If we buy the first one we see at a good price, we can end up regretting it in a short time. The first thing we have to do is look at the specifications of our own router. In this aspect we must know:

So when buying a WiFi amplifier we make sure that we are going to take advantage of its full potential. It would be of little use to buy one with the 802.11n standard that supports only the 2.4GHz band if our priority is speed, and our router is dual-band with the 802.11ac standard. The reason is that we will not take advantage of the 5GHz band and in general we will not exceed speeds of more than 80Mbps.

We also have to look at the space we have to place it. So we could choose between those that are plug type that are smaller and those that are larger router type. The latter, in addition to occupying more space, usually offer better features and better quality antennas. There are also some that are PLCs in which our data will travel through the electrical wiring and create an access point at the destination.

Another very important point is the ethernet ports especially if you plan to connect a computer. It ideal the thing is be Gigabit Ethernet so that they can exceed the speed of 100Mbps. Nor should we forget the number of ports since some allow you to connect two devices or more by network cable. You may be interested in some tips for placing a Wifi amplifier.

When we are going to buy a WiFi amplifier it is important to understand that the maximum speed that it says on the box is not going to be the same as in real life. The reason is because that speed is achieved under perfect conditions in a laboratory area without interference.

Therefore, real-life performance tends to be much lower. However, since most users do not have Internet connections greater than 1Gbps, it will not be a big problem.

In that aspect, as a starting point when buying a WiFi amplifier minimum we should choose one who supports 802.11ac standard which is equivalent to WiFi 5. This means that we will be able to work in two different bands: 2.4GHz or 5GHz. One of the reasons is that there is little price difference with the Wi-Fi 4 models of the 802.11n standard, which are the ones that only support the 2.4GHz band and with which we will obtain a much lower speed. 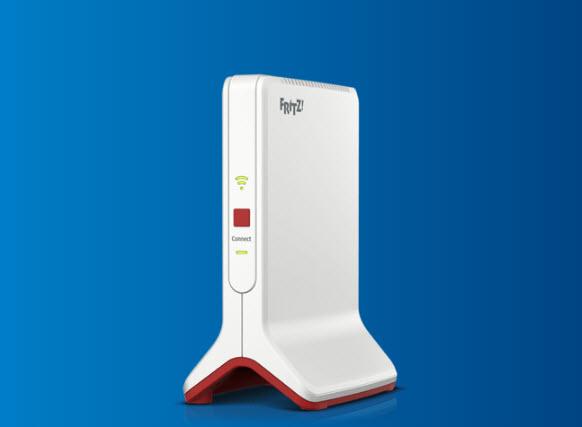 As for the bands if you have a dedicated trunk better. These Wi-Fi repeaters are simultaneous triple band and allow you to configure a 5GHz band specifically for interconnection with the router. This helps to achieve better wireless performance.

Another factor to look at when buying a WiFi amplifier is the firmware that it brings. For example, that it allows you to configure trunk links specifically, that you can create guest Wi-Fi networks or that it has a Wi-Fi scheduler that activates and deactivates Wi-Fi at certain times. In this regard, choosing a good manufacturer such as ASUS, D-Link, AVM with its FRITZ! Repeater and NETGEAR can be good choices.

It would also be very interesting if it had MU-MIMO technology that allows several devices to share the Wi-Fi connection at the same time, and in which the data can be sent simultaneously.

Finally, optionally at the time of buying a WiFi amplifier it could be interesting that it had support Wi-Fi roaming and band steering. This allows it to be integrated with a router from the same manufacturer as if it were a complete Wi-Fi Mesh system.

Mobile and cable PC: learn how to create a connection to have Internet

Track users who click on a link with this tool

Why is Wi-Fi faster on my mobile than on my computer?

Buying guide for ASUS routers by use: Gaming, streaming and professional