This new AVM FRITZ! Box 7590 AX router is one of the top-of-the-range equipment from the manufacturer, with the permission of the FRITZ! Box 4060, which is up to the task or a little above it by having simultaneous triple band. This new model is aimed at users who have xDSL connections or high-speed cable or FTTH connections, since it can also function without problems as a neutral router, in addition, it will allow us to connect up to two analog telephones on its RJ-11 ports, for which is a very important feature to have telephony at home, either analog or through VoIP since it incorporates a complete IP switchboard.

This router incorporates FRITZ!OS 7.30 or higher, therefore, we will have FRITZ!Mesh. Thanks to this functionality, we will be able to configure a complete high-performance WiFi Mesh network, where we will have at our disposal both Wi-Fi roaming to go from the repeater to the router and vice versa, as well as band-steering so that the router places us in one frequency band or another, depending on the WiFi coverage received by the client, compatibility with the 5GHz band, etc. This equipment allows the integration of all the manufacturer’s FRITZ!Repeater repeaters, as well as other FRITZ!Box routers, since the FRITZ!OS operating system allows us complete interoperability.

The firmware of this model supports both WPA2-Personal, which is the default setting, as well as WPA2/WPA3-Personal, therefore, we will be able to make wireless clients compatible with WPA3-Personal connect with this security. Of course we have Wi-Fi network for guests separate from the main network, possibility to create a captive portal, use OWE to encrypt the network without authentication, WiFi scheduler to turn it on and off at certain times, and even configure in detail the SSID, frequency band, channels and other options, including WiFi MAC filtering.

This router has one RJ-45 port for xDSL modem, and is that we have an internal modem that is compatible with ADSL2 + and also with VDSL2. In addition, we also have two RJ-11 ports to connect analog phones to your IP PBX, so you can make and receive calls with both DECT cordless phones as well as analog phones.

Not only does this router have this RJ-45 port for xDSL which is used for the Internet WAN, we also have one Gigabit Ethernet port for Internet WAN dedicated. The FRITZ!OS firmware allows you to configure VLANs in the Internet WAN without any problem, with the aim of being compatible with FTTH operators in Spain that make use of VLANs. We also have a total of 4 dedicated Gigabit Ethernet ports for LANIn addition, LAN port 4 can be configured for the guest WiFi network and is completely isolated from the main network.

This FRITZ! Box 7590 AX router has a total of two high-performance USB 3.0 ports, one on the right side of the router and another on the back. The FRITZ!OS firmware is as complete as ever, we will have the Samba server, FTP, FTPES and even the DLNA media server to play multimedia content directly from the router. In these ports we could also connect a 3G/4G modem to provide a second WAN to the router, and act as a failover of the fixed connection (either xDSL, cable or FTTH).

This new FRITZ!Box router has a IP PBX, we have both two RJ-11 ports for analog telephony, as well as a DECT base that will allow us to connect up to 6 cordless telephones simultaneously, ideal for having several telephones in our home and making and receiving calls. Of course, this DECT base is compatible with FRITZ!Fon phones and also with phones from other brands that use the DECT standard. A very important aspect is that if you buy FRITZ!Fon phones you will be able to control certain aspects of the router, synchronize contacts with the router, see the list of calls, listen to the radio, podcast and many other features. If you are going to use the telephony of the FRITZ!Box router, our recommendation is that you use FRITZ!Fon because you will have really interesting additional options.

By having a DECT base, we will be able to connect smart devices for the smart home such as the FRITZ!DECT 200 and 210, as well as other related AVM devices. The FRITZ!OS operating system has a specific section for the configuration of these Smart Home devices from the manufacturer, and all this in a very simple way, being suitable for anyone without the need for home automation knowledge.

The FRITZ!OS operating system on this router is as complete as ever, but we have used the FRITZ!Lab version of the operating system, manually installing FRITZ!OS 7.39 BETA, a new firmware that has a graphical user interface. more refined user, although in essence it is exactly the same as always. In this firmware we will have all the usual configuration options, services for the USB ports, a large number of additional advanced configurations, and the most important thing: we have WireGuard. 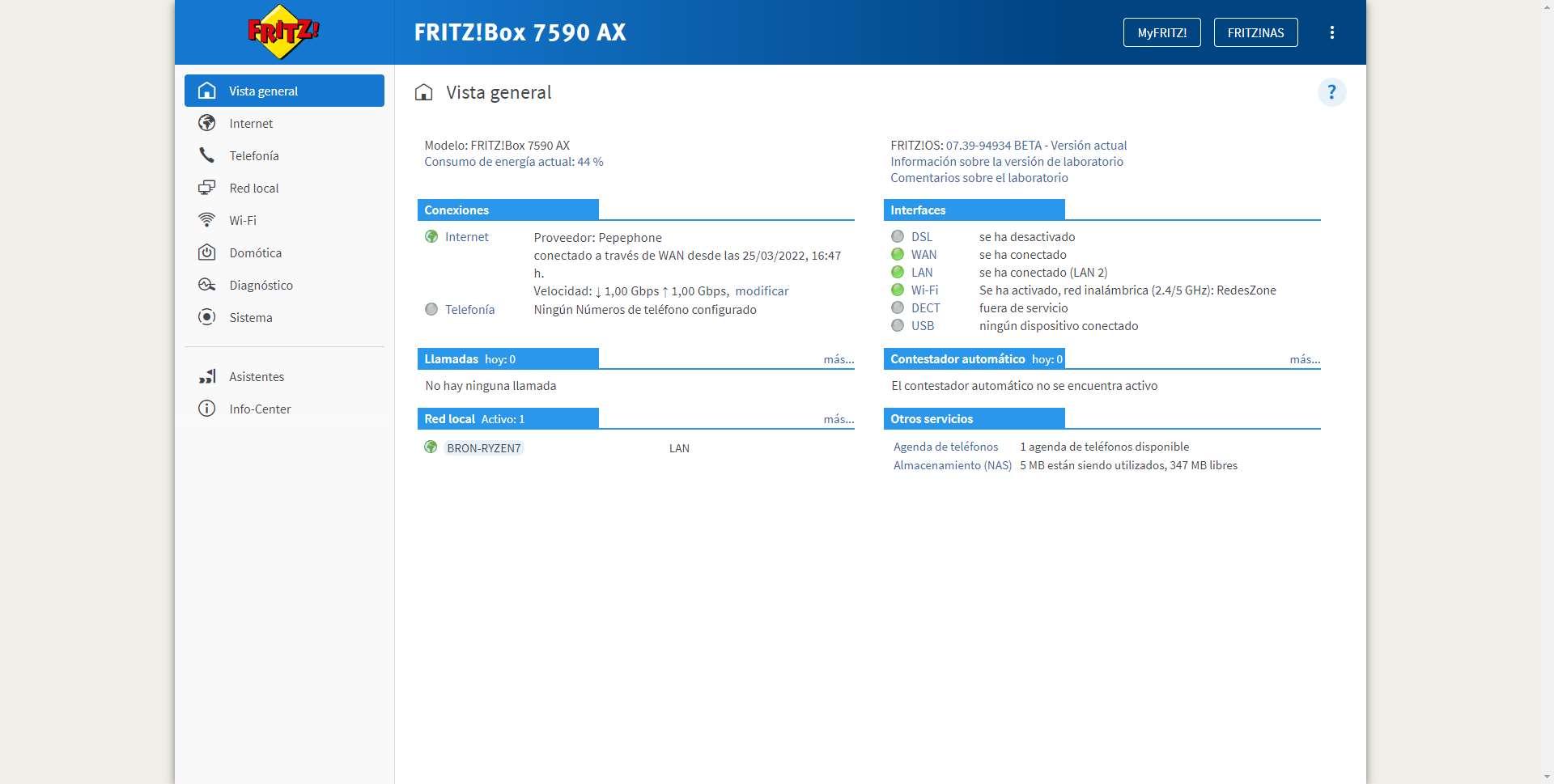 One of the main features of the latest BETA version of FRITZ!OS is the incorporation of the WireGuard VPN, a very fast, secure VPN protocol with low connection latency. Until now, if we wanted to connect we had to use IPsec xAuth PSK to connect to the VPN server, however now we also have WireGuard.

Once we have seen the main features of this new AVM FRITZ! Box 7590 AX router, we are going to go to the unboxing and first impressions of the router.

At RedesZone we are already thoroughly testing this router AVM FRITZ!Box 7590AX, the successor model of the 7590 that has given us such good results in the past. If you want to get the best wireless and wired performance, this model is ideal for you along with the FRITZ!Box 4060 that has also given us exceptional performance. This equipment is ideal for use with the FRITZ!Repeater 6000 WiFi repeater, therefore, if you have a very large house and good coverage does not reach everywhere, this repeater will allow you to take this coverage to the last corner of the house.

In the following video we explain what this new AVM FRITZ! Box 7590 AX router is like, its main features and all the content that is in the product box.

Soon we are going to offer you a complete analysis of this new model, where you will be able to see its technical characteristics, real performance and also all the firmware configuration options. 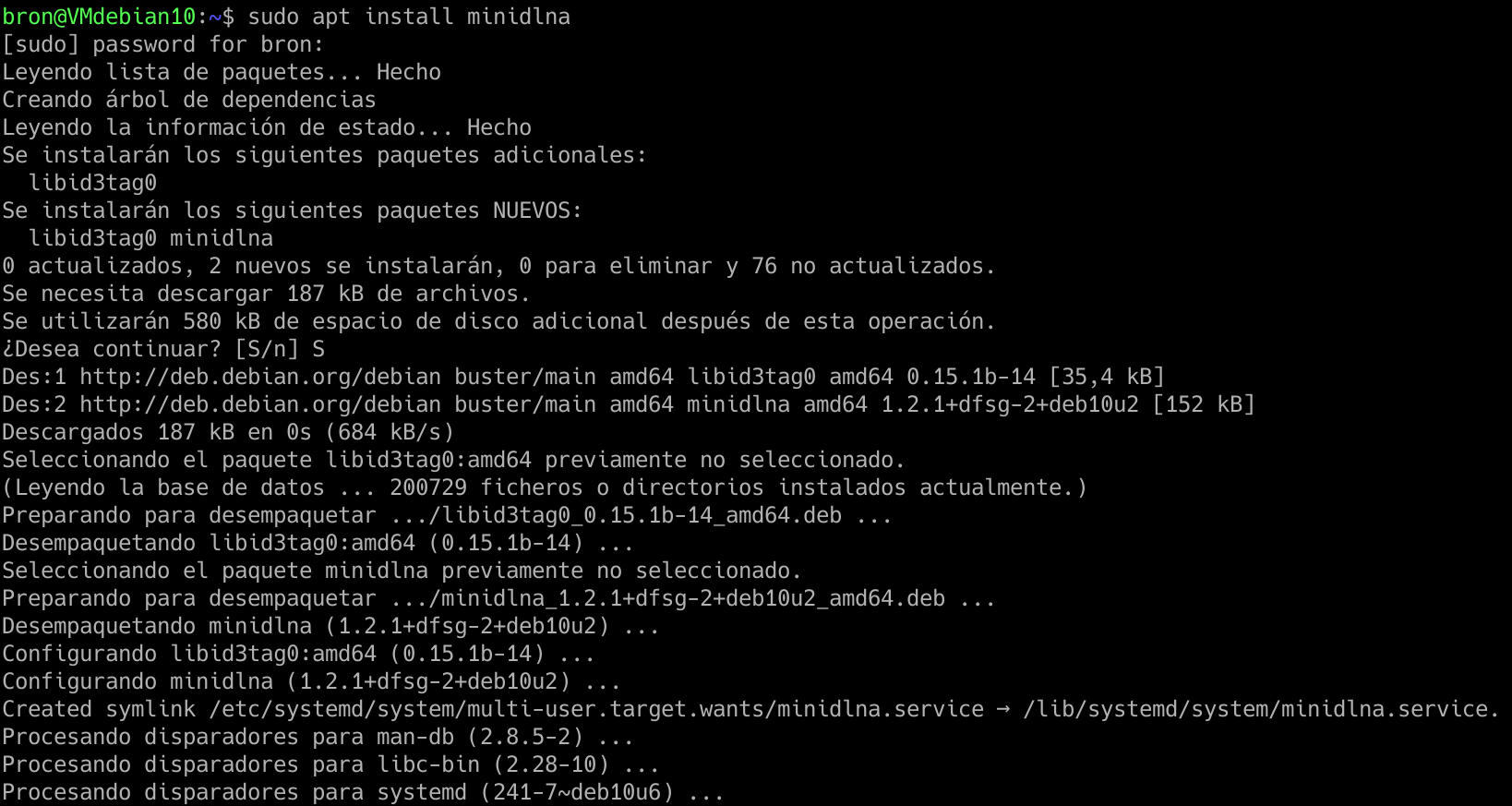