Presences, strange noises, dark secrets. Here are the ingredients behind The Villa of Death, game book realized by Giulio, Julian is Bruno Scorpiniti.

La Villa della Morte is a genre book-game horror in which we will play the role of a young but enterprising enthusiast of the world of paranormal which has recently opened its own Agency for Paranormal Research. In this volume we will deal with our first case: the new owner of Villa Manuzzisuspicious of inexplicable events and strange rumors circulating about the building, he decided to hire us. What will we discover inside the villa of death?

Our review of the game book La Villa della Morte

The game book, made up of 321 chapters, is the first of the series Paranormal Adventures and will take us inside Villa Manuzzi, where we will have to spend a day and a night to discover its (disturbing!) paranormal activities.

La Villa della Morte is a self-published game book (which you can find TO THIS ADDRESS). However, do not fall into the prejudice of discarding self-publishing volumes a priori: I can agree that a lot of self-produced material is penalized by the absence of any form of editorial revision, but this is not the case with La Villa della Morte, an engaging game book to read. and fun to play that amazed me from different points of view. But let’s not hesitate any longer and start immediately with the review!

In this book you are the protagonist, you will need a dice, a pencil and an eraser to “play” it … You are a researcher of the paranormal, ghosts, demons and inexplicable phenomena to science have always fascinated you, you have invested a lot to open your own agency for research on the paranormal, but it did not go as you hoped. You are about to give up everything, when a man shows up in your agency, he has just bought an old villa that he wants to renovate, but the rumors that circulate about it worry him. People have died in the villa without explanation and old owners who left it tell that it is dangerous and haunted, it has taken the name of “the villa of death”. The man wants to be sure that the villa is not haunted, if it is he offers you some money to have proof of it and if you manage to free it from evil the amount will be doubled! This is the chance of your life, will you have the courage to enter the most haunted villa in the world?

I make a necessary premise: this review is about the new edition de La Villa della Morte, the one currently on the market. Although I have not played the first edition of the game book, I know that there have been some changes that I will not talk about, having only read this latest edition of the volume.

How to play at La Villa della Morte

Here we are ready to go to solve our first case since we opened theParanormal Research Agency: Villa Manuzzi, a building from the 1800s considered by most to be one of the most haunted places in the world.

At the beginning of the game book we are given a Dossier with some data on the villa of death. Our game goals there are two: recovering irrefutable evidence of the infestation of the house; and free the house from supernatural presences. In the dossier we are also provided with the plan of the building, all illustrations that we find at the beginning of the book and that we can take up again if necessary.

We then move on to the compilation of Character card in which we will find some peculiar elements that will make us immediately enter the setting of the game book. After choosing our name, we will write down our fixed initial 12 Life Points (easy to lose but difficult to recover!), And then we can move on to the table of Skills (Courage, Intuition, Knowledge and Analysis). To determine the value of each Skill, we must roll a d6 three times: the higher result will be our value. Furthermore, we can assign 3 bonus points to the Skill that best represents us.

The functioning of the game rules is enough simple and intuitive: in some chapters we will be asked to make a Skill roll, we will roll a d6 and add the result of the die to our value in that specific Skill. The result will tell us what the next chapter we will read will be.

We then move on to the most peculiar part of the Character Sheet: the Equipment. We are investigators of the paranormal so forget about ropes, swords, bows or guns: at the time of the creation of the Character we will be able to choose 3 of the objects proposed in the game book among: EMF detector, a Flashlight, Full Spectrum Camera, Thermal Imager, Audio Recorder, Infrared Thermometer , Infrared Camera and Instant Camera. If you have never heard of some of these items, don’t worry, the Equipment is all explained in detail at the beginning of the game book.

The Equipment is very important because, in addition to the Skill tests, in many chapters we will be able to take one path rather than another based on what we have decided to bring in our backpack.

The game system is not complicated and is accessible to all types of players, although it will certainly satisfy most readers who are most fond of throwing the dice as a mechanism to proceed in the story. The introduction of the Equipment is very interesting, above all because it is a choice that aligns with the setting of the book and that brings an interesting variation that is not simply the passing of a Skill check with the dice.

The Villa della Morte immediately strikes for the plot that concerns the world of paranormal, an original choice that manages to capture the player’s attention. Expectations are not ignored: chairs that move, doors that close and disturbing portraits of the old owners, everything will make us immediately predict that we will not meet anything good in the villa of death (and that its nickname is well deserved!) .

Not only occult and paranormal: going forward with the story, the plot will become more and more colored horror. The deeper we dig into the villa’s murky past, the more gloomy and suspenseful the writing will become. In short, La Villa della Morte manages perfectly to create that sense of anxiety, disorientation is adrenaline which is felt in stories of this kind; indeed, in some parts, especially towards the end, when the threads of the plot are unraveled, there will be some horror chapters that are definitely not advisable for the most impressionable players.

La Villa della Morte is a game book that amazed me: its authors have managed to create a simple (but not trivial!) Story full of emotions within a game system accessible to all.

History manages to be engaging thanks to a well-executed writing (you will find some small typos, absolutely acceptable for self-production) that manages to recreate the state of anxiety and suspense expected in a title dealing with the paranormal.

The volume has a good one replayability: It is very unlikely that you will be able to reach both game objectives on the first try (without cheating!), so there is plenty of room to try playing again. Of course, once the two objectives are completed, the mystery is revealed and there may not be much fun playing again, but the authors had the interesting idea of ​​making The Villa of Death the first chapter of a series at crossroads, in which we will be able to use the same character with the advances obtained already in this first game book.

Some of you may feel the lack of an editorial intervention, but in reality La Villa della Morte, for being a self-produced game book, has a good layout, a clear and recognizable use of fonts and, last but not least, also good quality black and white images! The only element that made me turn up my nose a bit concerns the succession of paragraphs which could have been better managed in order not to put together consequential chapters or in any case all related to the same topic.

In short, La Villa della Morte is a good game book, suitable for both newbies and more experienced players who want to try their hand at a reading that is not too difficult at the game level, and which manages to be engaging and compelling throughout the course of the plot. A great first test and… I can’t wait to read the second volume of Paranormal Adventures!

The Villa of Death

La Villa della Morte is a horror game book created by Giulio, Giuliano and Bruno Scorpiniti in which we will play the role of a young but enterprising lover of the paranormal world who is contacted to solve his first case: to find out which presences live in Villa Manuzzi. La Villa della Morte is a game book that amazed me: its authors have managed to create a simple (but not trivial!) Story full of emotions within a game system accessible to all. An engaging game book that manages to recreate the state of anxiety and suspense that is expected by playing a title on the paranormal. A great start to a series that we hope will continue!

Librogame with a simple and immediate regulation suitable for everyone, both newbies and more experienced players

Good writing of the volume that manages in several points to create sensations of suspense and anxiety in the reader, typical of the setting

Paragraph succession is not always optimal 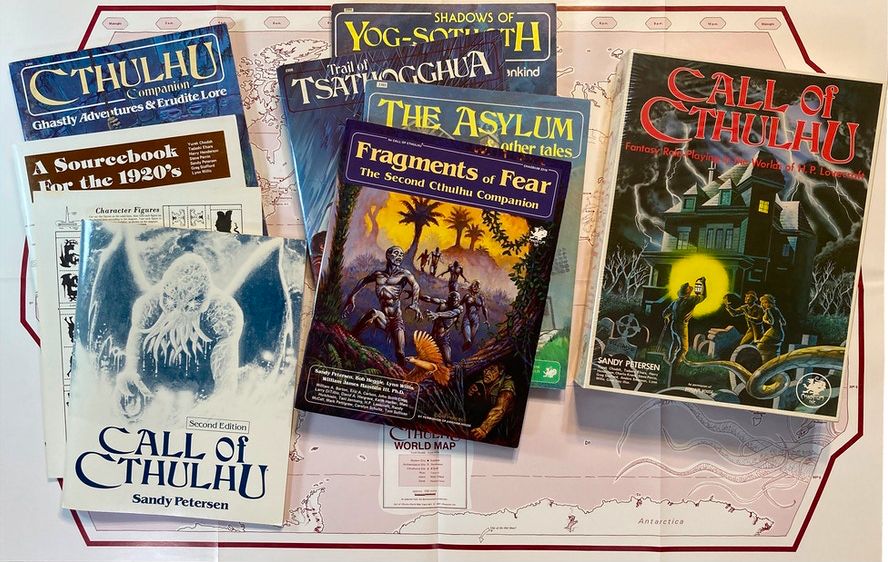