The mining bubble left all ordinary users who wanted a gaming graphics card with the desire to have one, especially those that came out under the NVIDIA RTX 30 architecture, which after seeing the excellent performance they obtained at the time to mine Ethereum they just blew up. NVIDIA’s reaction to this situation was based on two moves. The first was to limit the mining capacity of the RTX 30 and launch a reissue of them to the market, the second was to launch the CMP-HX series, which are nothing more than graphics cards with blinded and factory-optimized video output. for mining.

So the stock of the RTX 30 without the limitation is increasingly scarce and the reality is that much of it is in the rigs that are used for mining. Given the shortage of the original NVIDIA RTX 30, the eyes of miners have been on the limited editions that had been developed by various manufacturers, which were one of the few models that until now had not fallen into their hands, being more expensive by your design than non-special or non-limited editions.

The ASUS Gundam RTX is being sold for mining 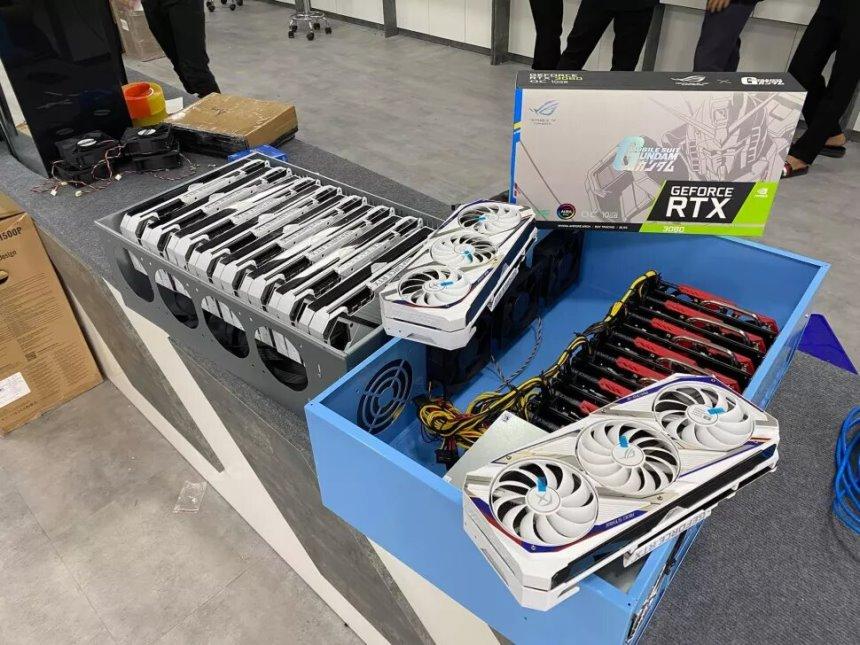 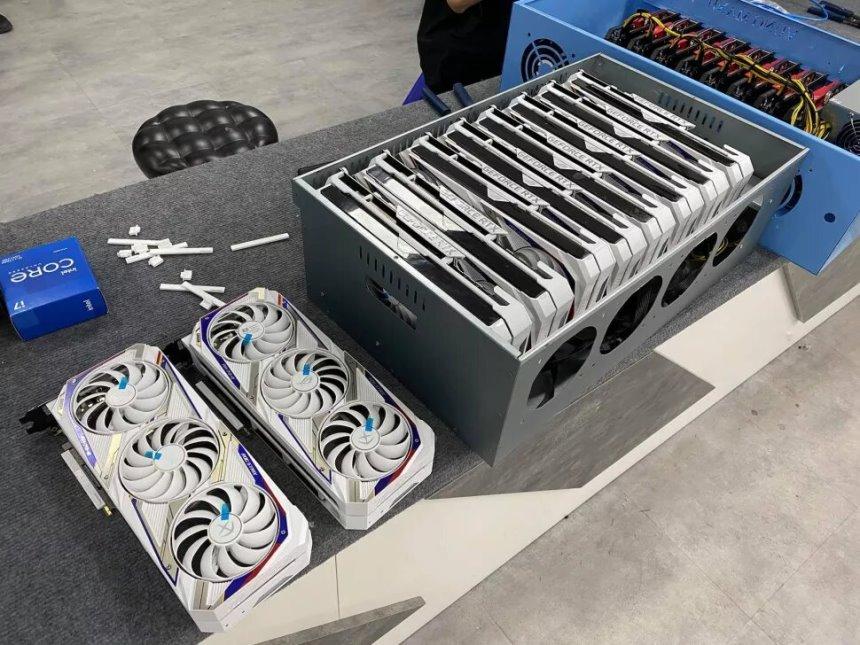 If we look at the aesthetics of the ASUS Gundam RTX it is clear that it was not designed to be sold for a mining rig, but to show it off on a beautiful gaming PC. Of course, the appearance of the RTX 30 LHR is not a disadvantage for those who want these graphics cards for other functions apart from mining, such as playing video games on PC. On the other hand, for miners, the mining capacity of these graphics cards gives them great value.

Under this scenario, it is normal that graphics cards like the ASUS GUNDAM RTX, when carrying the first edition of the RTX 30 inside, end up being sold to miners. Its market price? It can currently be found for $ 2,300 on sites like eBay, and mining rigs of up to 8 graphics cards combined are sold for $ 18,000. Let’s not forget that if it was sold as a graphics card for gaming then its price would be one third, so there is a high profit margin.

Manufacturers are desperate to get rid of their graphics cards, not only because the mining performance of a graphics card degrades over time as it becomes increasingly difficult to decrypt the new blocks of the Blockchain, but because Ethereum is going to undergo two future updates that will end up bursting the bubble of graphics cards for mining. So the value as a means of production to mine Ethereum will plummet soon and not even powerful non-LHR RTX 30s like the ASUS Gundam RTX will be good for mining.

This will prevent Malwarebytes from connecting to your PC without permission

Thunderbird 91 will bring a lot of news, will it be enough?

How will Intel GPUs get more FPS to match NVIDIA and AMD?