ASUSTOR has done a great job in launching the second generation of its popular range of NAS Lockerstor servers, and this new generation has much more powerful hardware than the previous one and many more possibilities, with the aim of achieving the best possible read and write performance. Next, we explain in detail all the features of its three NAS in this range, and it is that they have launched the Lockerstor 2 Gen 2, the Lockerstor 4 Gen 2 and the Lockerstor 6 Gen 2.

The processor of these new NAS servers is the Intel Celeron N5105a 64-bit processor and with quad core running at 2.0GHz, although it can reach up to 2.90GHz in Turbo mode. This processor has AES-NI hardware encryption acceleration, so we will be able to achieve great speed in reading and writing when we have an encrypted volume of data, in addition, when we use file transfer protocols such as FTPES or SFTP we will also achieve great speed. This processor incorporates an Intel UHD Graphics GPU that will allow us to have hardware accelerated transcoding when we use programs like Plex Media Server or similar, in this way, we will have the best possible user experience.

According to the RAM of this NAS serverby default it has 4GB SO-DIMM DDR4, however, we have a total of two slots so we can have one 16GB maximum RAM capacity (2x8GB), in this way, we will be able to have a lot of RAM to perform complete virtualization tasks of operating systems or use Docker with dozens of containers. As for Flash memory, it has 8GB internal to store the ADM operating system.

This new range of ASUSTOR Lockerstor Gen 2 consists of a total of three NAS servers, depending on the model we will have more or less number of bays to store hard drives:

These hard drive bays are SATA3, it is compatible with both 3.5″ hard drives, 2.5″ hard drives and also 2.5″ SSD drives, so we will have a lot of versatility. 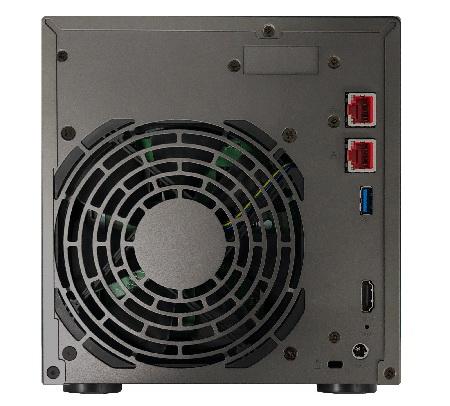 In addition to the hard drive bays, we have a total of 4 M.2 NVMe slots to install SSD drives and use it as main storage or use it as SSD cache. Thanks to the incorporation of these 4 M.2 NVMe slots, we can have a “mix” when configuring it. For example, we can choose two M.2 NVMe as main storage pool, and another two M.2 NVMe for SSD cache acceleration. ASUSTOR’s ADM operating system has great versatility in this aspect, making it ideal to adapt to our needs.

These new NAS servers incorporate a total of two 2.5G Multigigabit ports with support for Jumbo Frames. Thanks to this connectivity we can achieve read and write speeds of over 500MB/s, especially if we use SSD cache acceleration or use the drives as main storage. Of course, the ADM operating system allows us to create a Link Aggregation in order to be able to unite these two physical links in a logical link.

Regarding the USB ports, we have a total of two USB 3.2 Gen 2 ports at 10Gbps, so we can very quickly transfer data for backup inside the NAS, or simply exchange files between a removable storage device and the NAS. This model, by having a GPU integrated into the processor, also has an HDMI 2.0b port for video output. 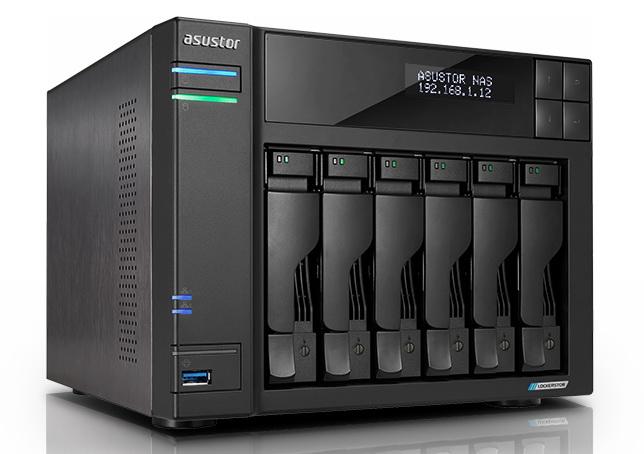 The Lockerstor 4 Gen 2 and Lockerstor 6 Gen 2 models (those with 4 and 6 bays respectively) have one PCIe expansion port, which we can use to install a 10Gbps expansion card and provide higher performance through the local network. This feature is very important to overcome the speed of 500MB/s that we have mentioned above.

The operating system of these new NAS servers is ADM 4.0 in its final version, so we will have a large number of advanced configuration options and services at our disposal, since we can install additional software very easily and quickly through the app store. In these new NAS we will be able to squeeze all the available software since we have much more powerful hardware, for example, the processor of this new generation of Lockerstor is 30% faster, in addition, we have many M.2 slots NVMe to accelerate the read and write speed of the server, especially when random access is needed.

You can access the official website of the Lockerstor 2 Gen 2, Lockerstor 4 Gen 2 and Lockerstor 6 Gen 2 where you will find all the features and news of these new high-performance NAS servers for the connected home.

Check if you have fake emails in your database

Manage passwords in Firefox with these free extensions