After the presentation of Windows 11 last week, and having made it available to Insider users a few hours ago, now it is the turn of Office.

Office looks more Windows 11 than ever

The new Office interface is the product of requests from users of Microsoft products, who have been asking for a much more natural and consistent appearance between Windows and the other programs of the company for a long time. If you look at the appearance of Office 2019, and compare it to the appearance of Windows, they look like products from totally different companies. They are not related to each other.

Although Microsoft has not neglected Ribbon, Word, Excel, PowerPoint and other programs in the suite now look much more Fluent Design, according to the operating system. This offers us a much more intuitive, coherent and familiar interface. The colors programs, and (surprise) rounded corners have been added to the program windows. The rounded corners we can also find them, for example, in the Ribbon paintings. 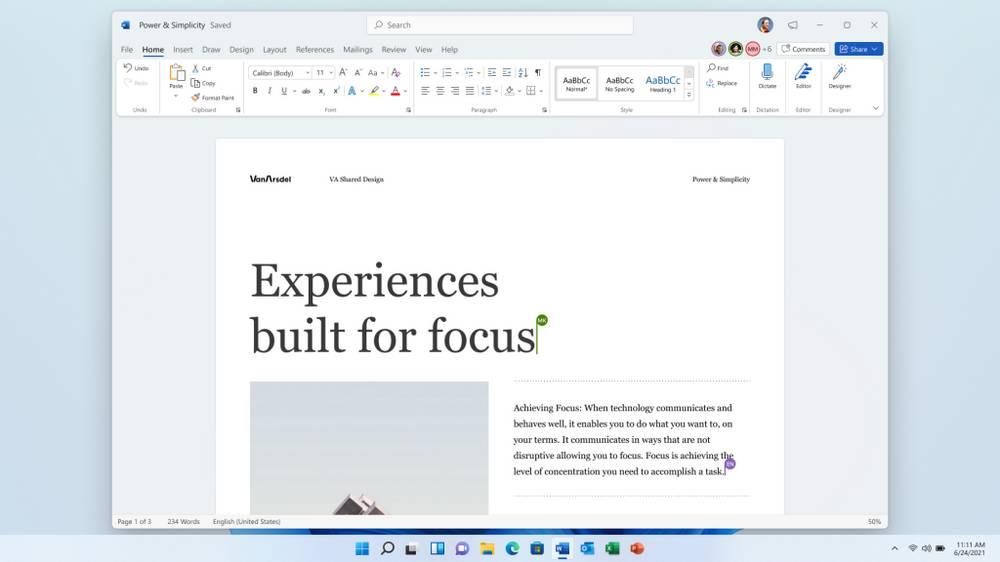 The programs in the suite now have a neutral color palette, which can change automatically based on the theme of the operating system itself. Other interesting changes that we can find are, for example, that the quick access bar now it is hidden by default to make the interface look cleaner. Also, Microsoft has finally confirmed the new real dark mode for Office. And the truth is that it looks better than ever. 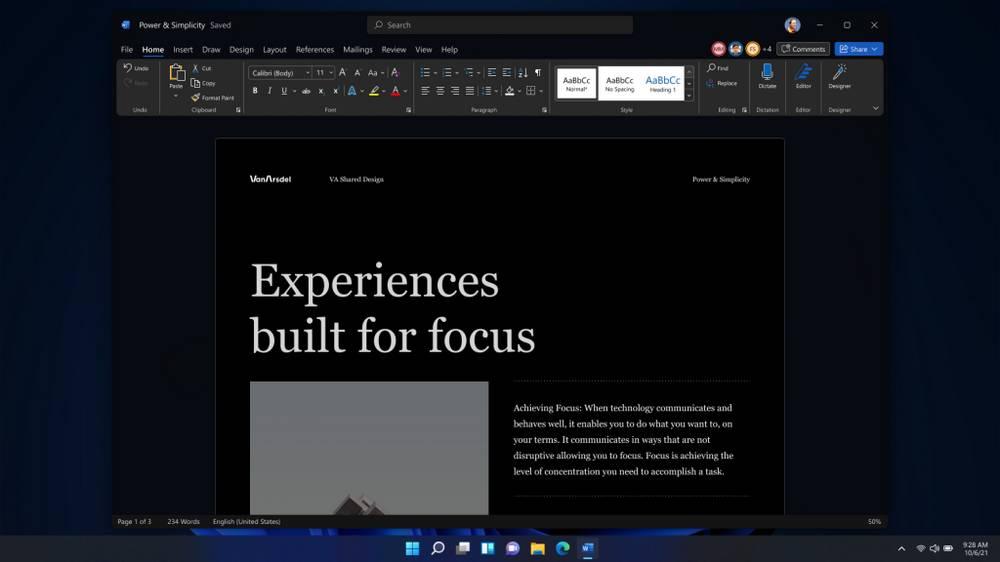 The programs that will receive this new interface will be Word, Excel, PowerPoint, OneNote, Outlook, Access, Project, Publisher and Visio.

Round corners, neutral color palette … this sounds a lot like Windows 11. It is clear that the new Office interface is designed especially to be consistent with the appearance of the new Microsoft operating system. However, the company has assured that it will not be exclusive to him, but that will also reach Windows 10 users. Therefore, regardless of the OS we use, we can enjoy the improvements of this new interface as soon as it is ready for everyone.

At the moment, the new Office interface is only available to Insider users who are using the Beta version. Specifically, the version 2107 Build 14228.20000 or higher. In addition, we can activate or deactivate it according to our needs, at least during the test period, from the experiments section.

Do you feel that you are being spied on and your PC is not performing? These are the culprits

There was already a metaverse in the 2000s: remember Habbo and Second Life?