How many hard drive bays does the NAS server support?

Let’s take the NAS server as an example QNAP TVS-h1688X, one of the most advanced NAS servers out there today. The “h” part means it uses QuTS hero operating system with the ZFS file system, the “16” part means it has a total of 16 bays to house hard drives inside, and the “88X” part means the model in question of the equipment. QNAP also has the TVS-h1288X NAS which has 12 hard drive bays.

However, our recommendation is that you always access the official website of the model in question, where it will indicate perfectly how many hard drive bays it supports, anyway, when we see a photo of the NAS server we will be able to see the number of bays without any problem. for 3.5 »disks that the equipment supports, but we can also see if that model in question has M.2 slots for SSD cache acceleration, ideal for improving the overall performance of the NAS server.

How much disk capacity does the NAS support?

Not only is it very important to know the number of bays to house hard drives, the capacity of the drives themselves is also very important to determine the final storage capacity of the NAS. The best thing you can do to check the compatibility of disks greater than 10TB capacity, is to enter the QNAP official compatibility website, here you will have to put the type of product, the number of bays of the NAS and also the model of the equipment. Finally, in the category section we choose “HDD” and we will get a list of all the hard drives tested by QNAP and that guarantee 100% compatibility with the server. 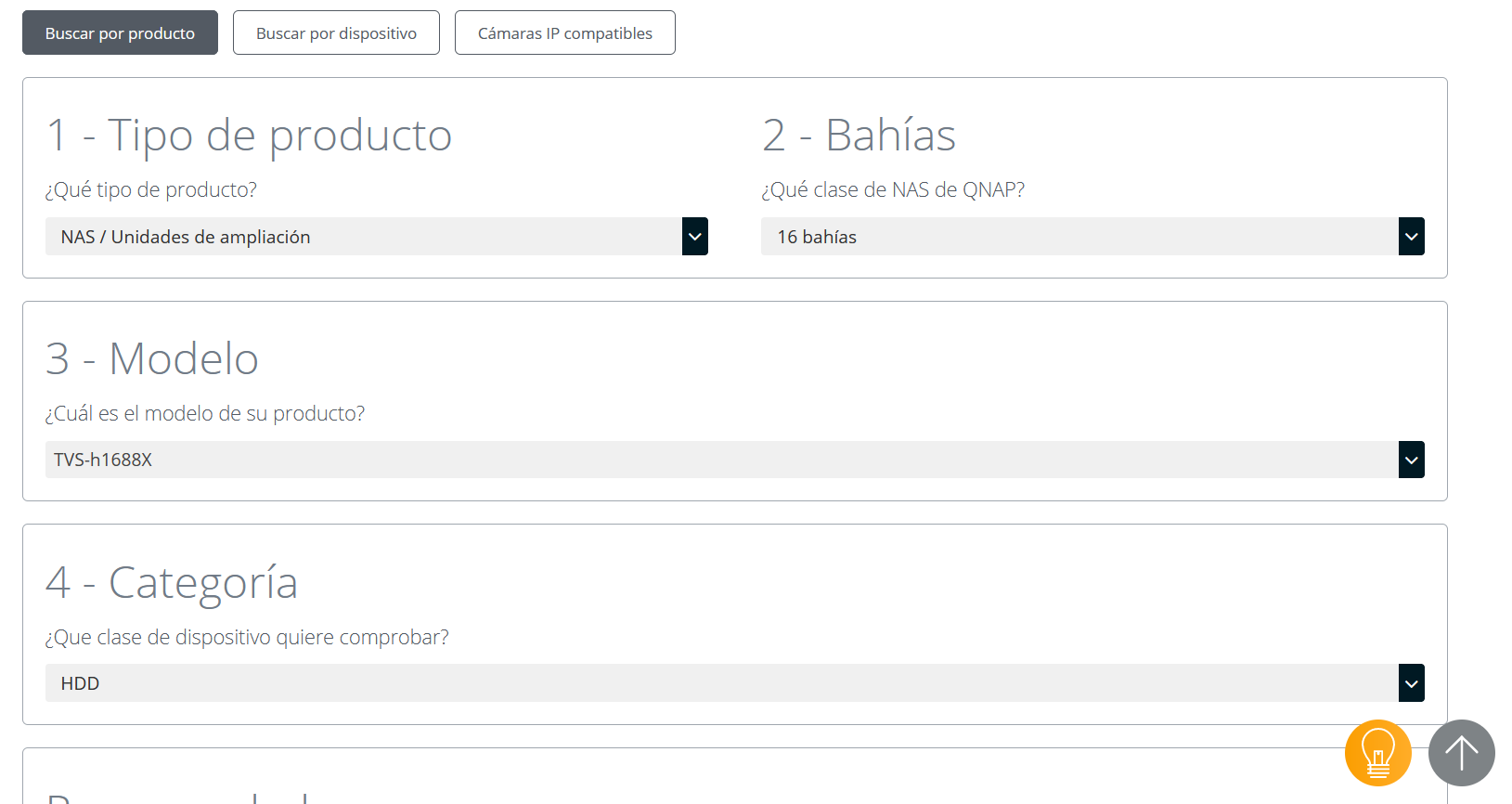 Just below we will see a list of hard drives of different brands, models and classes / series compatible with the NAS, in addition, we will also see the capacity of the hard drive in question. 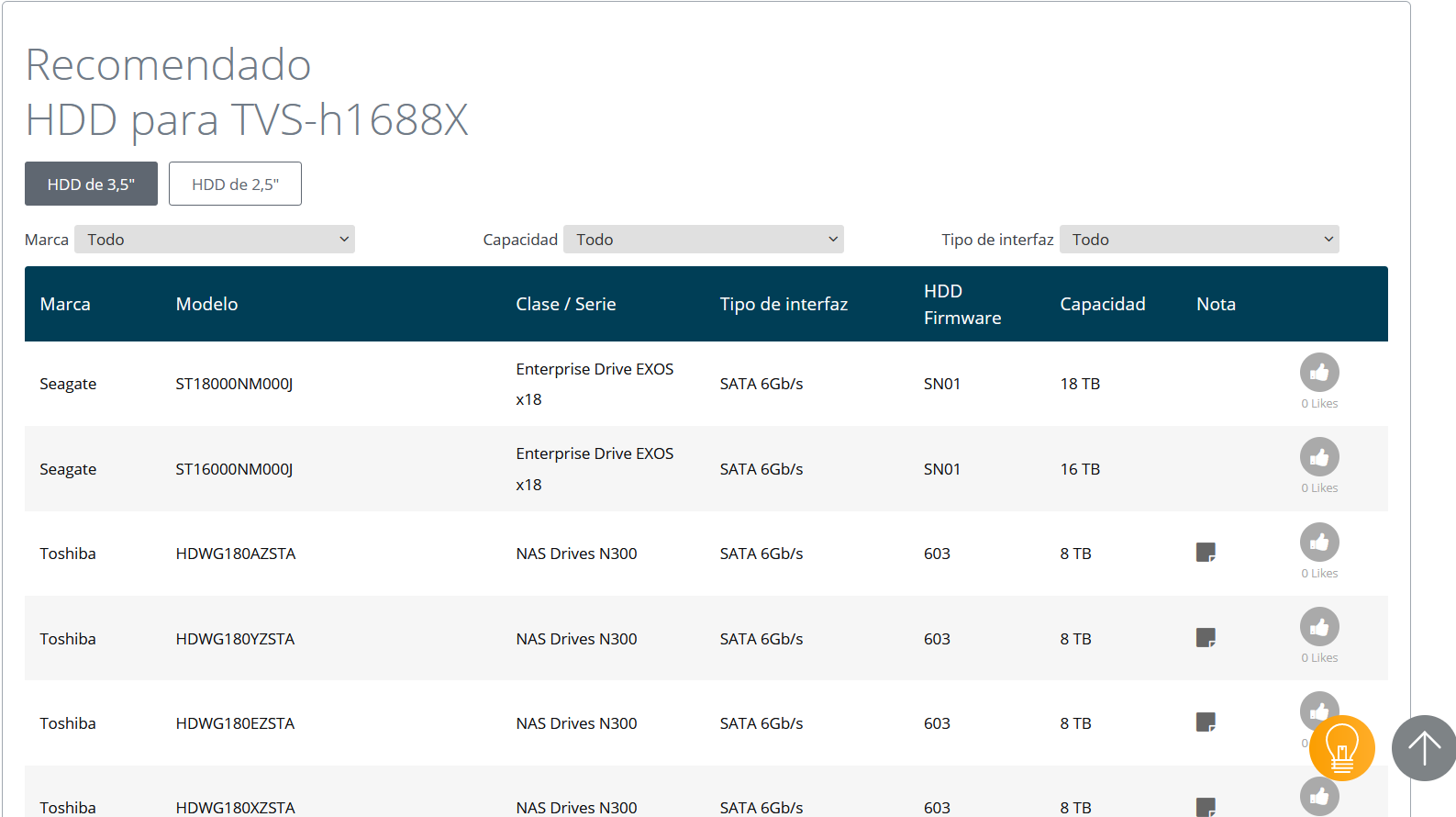 If we are interested in filtering by only the 18TB hard drives that are the maximum capacity, we can also do it easily in the top menu, as you can see here: 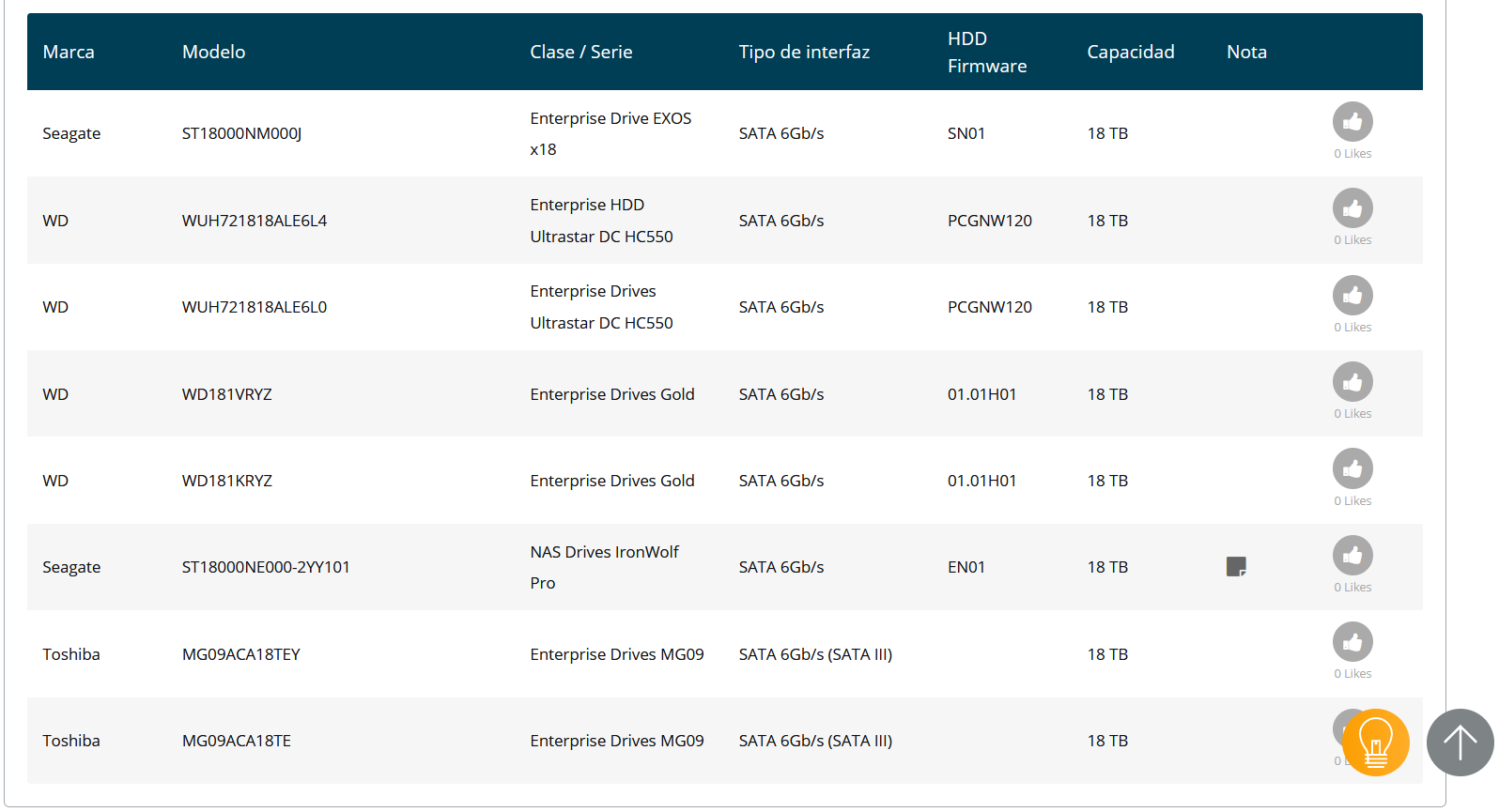 Once we have seen the capacity of the hard drives compatible with our NAS, we will briefly see the RAID.

What capacity do I have depending on the chosen RAID?

After knowing the number of hard drives that the QNAP NAS supports, and also the maximum capacity of the drives that the NAS can support, taking RAIDs into account is also very important. Depending on the number of hard drive bays, we will have different RAIDs available in our system, such as RAID 0 or RAID 1 for 2-bay NAS, RAID 5 for NAS with 3 or more bays, and RAID 6 for servers with 4 or more hard drive bays.

The best way to know how much capacity we will have with the different RAIDs, is to use the Seagate RAID calculator, we can choose the type of RAID and the capacity of the hard drives that we have in the system. For example, let’s imagine that we have a total of four 6TB capacity hard drives, and we are going to configure a RAID 6 or a RAID 10, in both RAID the actual capacity is 12TB, because the other two drives are for “data protection ». 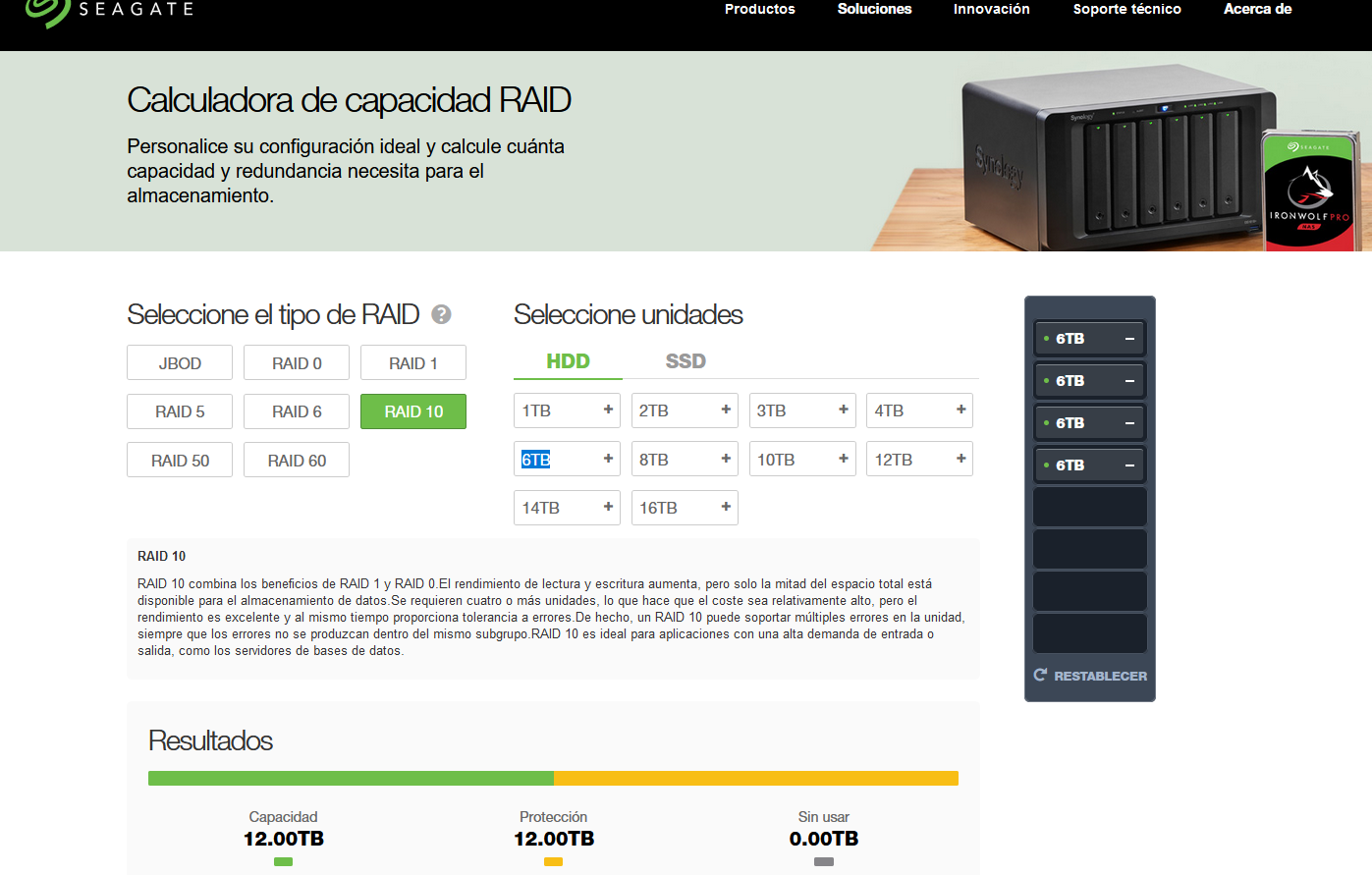 If we choose other RAIDs such as RAID 50, we will need to use a total of at least 6 hard drives, in this case the capacity is 24TB and the protection is 12TB, as you can see here: 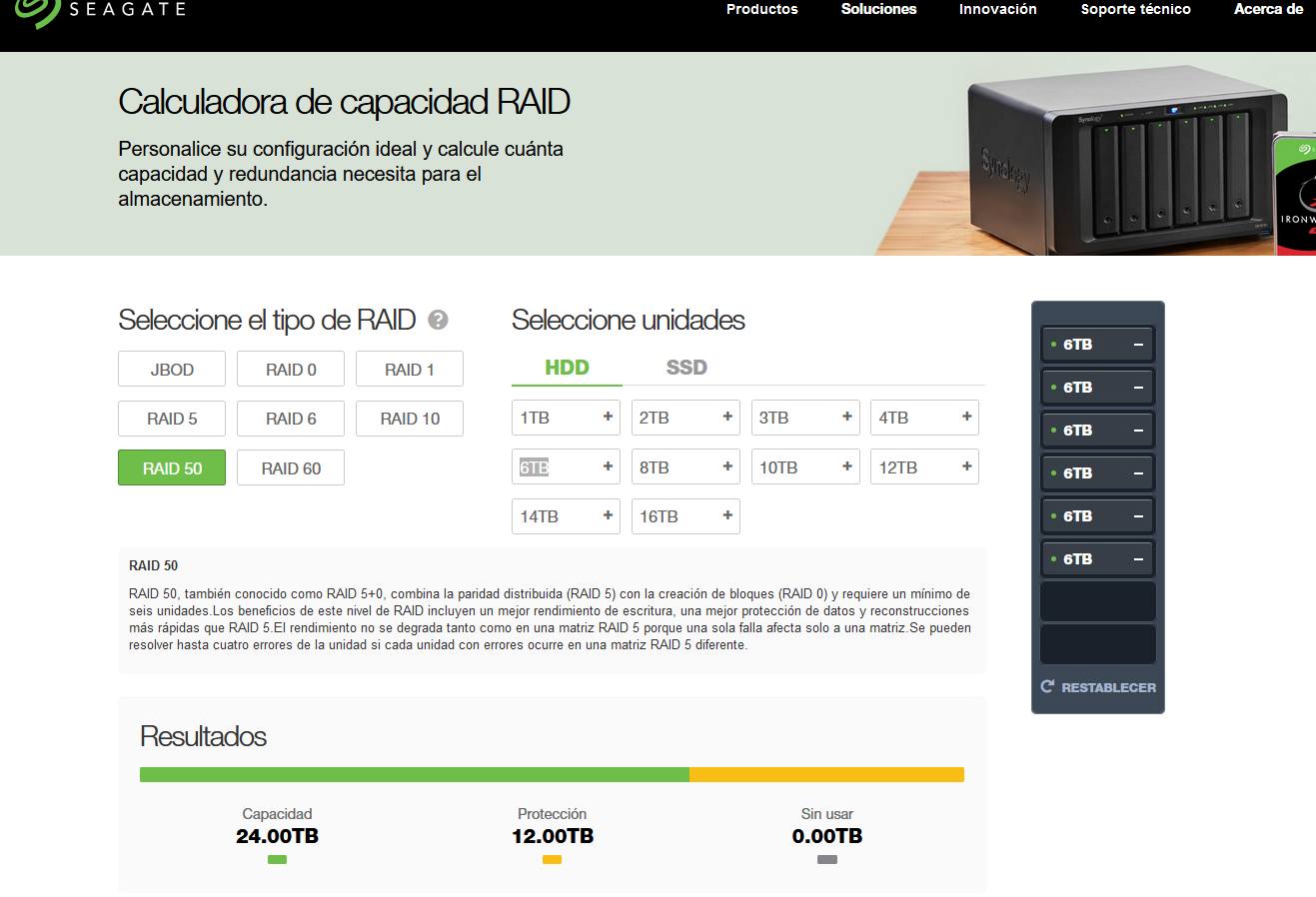 As you have seen, to know the storage capacity of a QNAP NAS, three factors must be taken into account: the number of disk bays, the maximum capacity per disk that it supports, and the type of RAID used.

Can ransomware affect my cloud backup?

Congested networks: what it is and how it affects us

We raffle a router with built-in NAS QNAP QMiroPlus-201W

Scan QR codes before opening them and avoid viruses