The manufacturer QNAP has released today two new high-performance routers, ideal for advanced users and also small and medium businesses that need a lot of configuration options, such as segmenting the local network into several VLANs, configuring VPN servers on the router to access local resources from the Internet, and even configuring the SD-WAN from the manufacturer to connect different locations between them. These two new models are the QNAP Qhora-321 and the Qhora-322, then we are going to explain all the features of these two new models.

Technical characteristics of the new routers

the new router QNAP Qhour-321 has high-end hardware, specifically we have a total of 6 ports 2.5G Multigigabitof which one or two of them can work as WAN from Internet. Through the operating system of the router, we will be able to define a second Internet WAN to have redundancy in the Internet connection, in this way, we can have two Internet operators with the aim of never being without an Internet connection.

As for the internal hardware of this router, it has a powerful Marvell CN9130 quad-core processora 4GB DDR4 RAM and an internal flash memory of 4GB eMMC.

the new router QNAP Qhour-322 is the top model of the brand, in this case we have a total of 9 Ethernet ports, three ports are 10GBASE-T Multigigabit, the others 6 ports are 2.5G Multigigabit. By default, the Internet WAN is port 1 which is 2.5G Multigigabit, but through the operating system we have the possibility to modify this, so that the WAN is one of the 10GBASE-T ports.

Regarding the processor, it is the same as the previous model Marvell CN9130 with quad corewe also have the same memory 4GB DDR4 RAM and 4GB eMMC internal flash memory. In this router model, we have a 5Gbps USB 3.2 Gen 1 port, this port can be used for the FTP server that incorporates the router’s operating system.

As you can see, these two new QNAP routers are aimed at advanced users, small and medium-sized businesses, where they do not need WiFi because they already have professional WiFi access points for it.

The operating system incorporated in these two new routers is QuRouter from the manufacturer QNAP, therefore, we have the same possibilities and configuration options as in the QNAP Qhora-301W router that we have already tested previously. One of the most interesting functions that these new routers have is the Dual-WAN, and it is that we will be able to configure two Internet connections to do load balancing or failover of the main connection, of course, we also have the possibility of creating VLANs in the LAN, with the aim of segmenting the local network into different subnets for different uses and permissions. In the following scheme, you can see how the Dual WAN works and also the segmentation by VLANs: 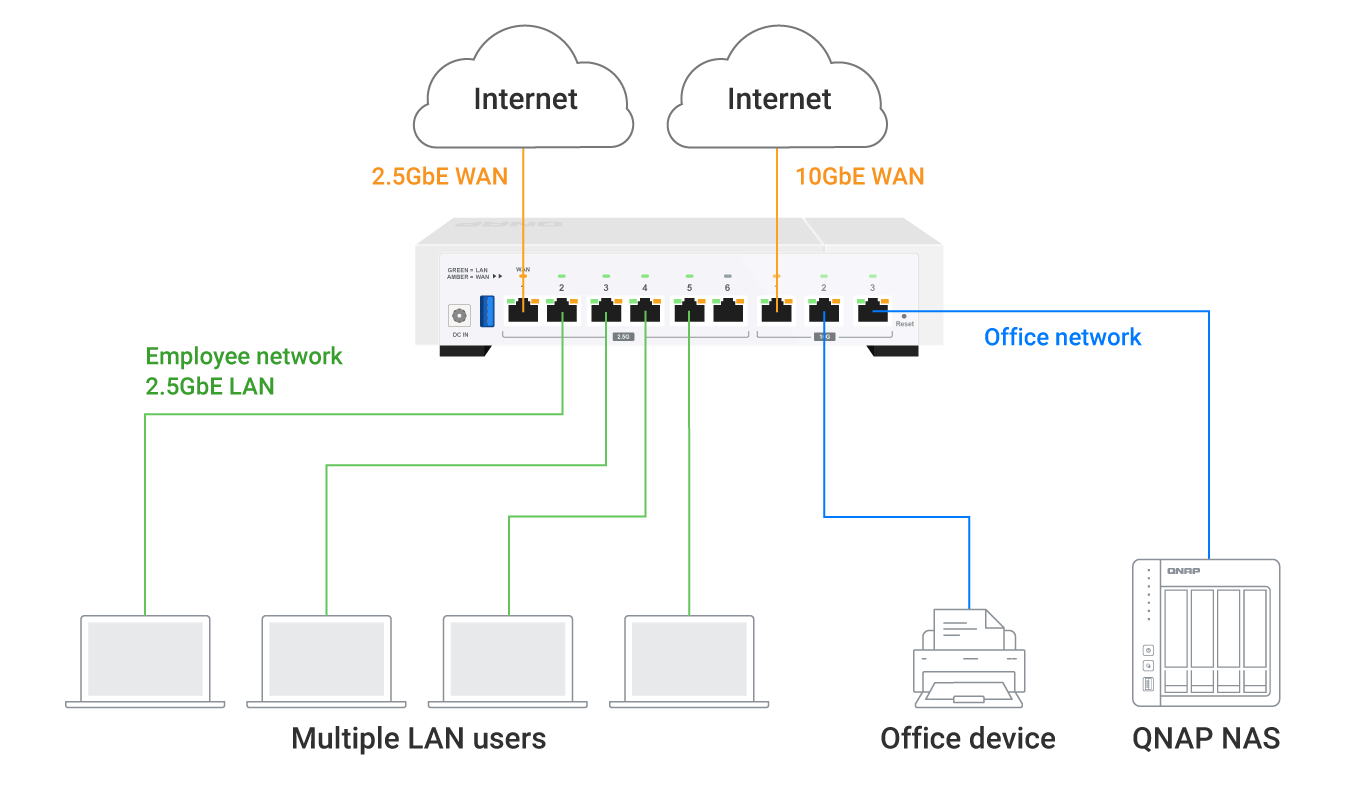 Other interesting features of these new routers is the incorporation of QuWAN Orchestrator, with the aim of creating VPN tunnels between different locations easily and quickly, it also allows the VPN server in Roadwarrior mode, and according to QNAP it allows up to 700 concurrent VPN connections, so the processor is really powerful to be able to manage all these encrypted connections. Other possibilities of this router is that it has an L3 firewall, NAT, port opening, parental control for content filtering, VPN clients to establish VPN tunnels without using QuWAN and much more. Finally, these new routers incorporate support for the WireGuard VPN natively, we must remember that the Qhora-301W model did not incorporate it in the first versions but now it does too. 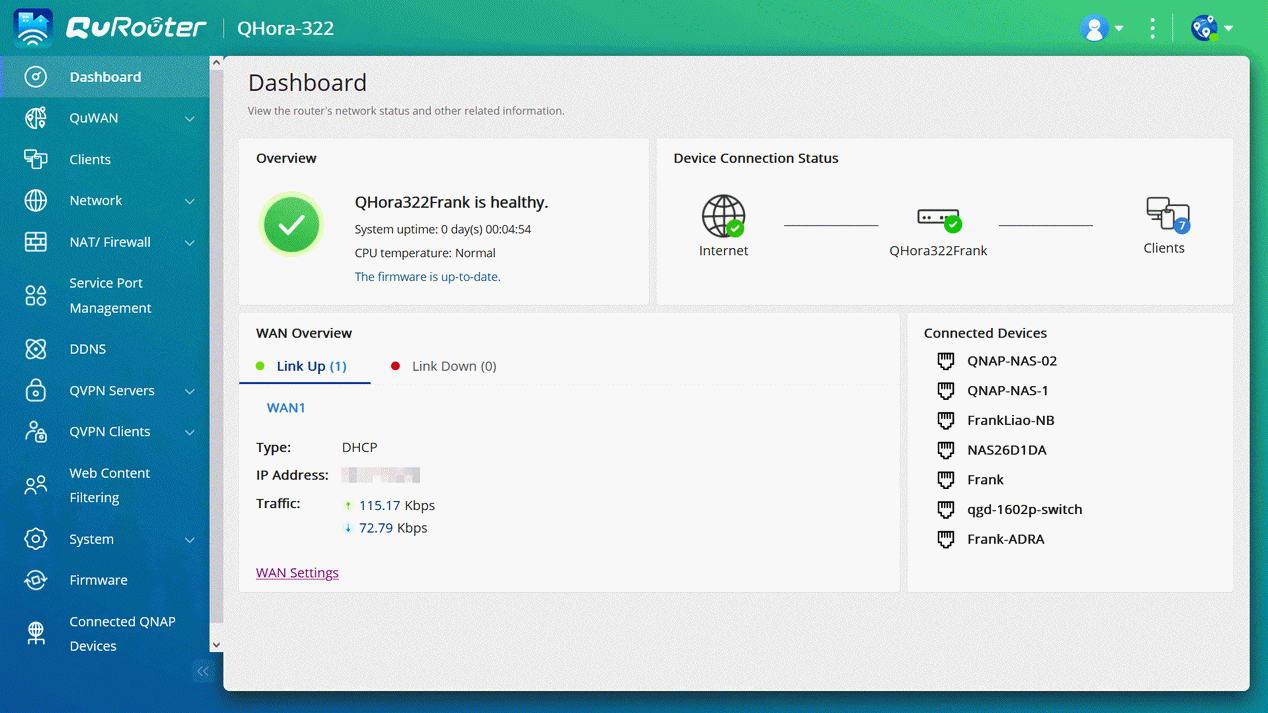 As you can see, these new routers are really interesting for scenarios where we have WiFi with WiFi access points or external WiFi Mesh systems, and therefore, it is not necessary to use the WiFi of this particular router.

Which ports should I open for PPTP, L2TP, OpenVPN, IPsec, and WireGuard VPNs