What do I need to have more than 1000Mbps over WiFi?

If you have a very fast Internet connection, or want to get the best wireless performance via WiFi to share files and folders over the local network, you should consider the following to achieve these speeds.

If you want to achieve these high speeds, it is essential to have a router that has the latest wireless standard, whether it is the Wi-Fi 6 standard that works in the 2.4GHz and 5GHz band, or the new Wi-Fi 6E standard that works in the new 6GHz band. With the previous standards it will be really difficult for you to achieve a speed of 1000Mbps or exceed this figure, therefore, you must make sure that your router has the new wireless technology.

These speeds we will only get using the 5GHz band or the 6GHz band, forget about getting these transfer rates on the 2.4GHz band because there is not enough bandwidth for it. Also, you will need to have a WiFi router that has a total of 2-streams (two antennas in MU-MIMO 2T2R configuration) or higher, right now we have routers on the market that have up to 4-streams with four antennas in MU-MIMO 4T4R configuration. If we don’t have a total of two or more antennas, we won’t be able to achieve these wireless speeds. If we use the 5GHz or 6GHz band, it is absolutely necessary configure the router with the 160MHz channel widthAs long as it supports it, because there are many Wi-Fi 6 routers that don’t support 160MHz wireless channel width, so you wouldn’t be able to get these high wireless speeds.

Therefore, in order to provide a wireless speed of true 1000Mbps or higher, it is absolutely necessary to:

Of course, if we want to obtain an Internet speed or through the local network of more than 1,000Mbps, it is necessary to have a 2.5G Multigigabit port for the WAN and another for the LAN, otherwise, we cannot exceed the real speed. 940Mbps provided by the 1000BASE-T or Gigabit Ethernet standard of routers.

Although the router is a very important part to achieve the best possible wireless performance, it is essential that the WiFi client that we use also supports these wireless speeds, otherwise, our WiFi card will be the problem for not achieving these high wireless speeds. Next, we indicate the two fundamental characteristics to achieve these speeds:

Right now we have several models of WiFi cards for computers that support these speeds, for example, the Intel AX200 is a 2×2 class AX3000, so it can achieve a theoretical speed of up to 2.4Gbps in the 5GHz band, but in reality we will have approximately 1,200Mbps. The Intel AX210 model is the top of the range of the brand, it is also of the AX3000 class but this model supports Wi-Fi 6E, therefore, we will be able to achieve a theoretical speed of 2.4Gbps in the 5GHz and 6GHz band, although in reality we will get about half. 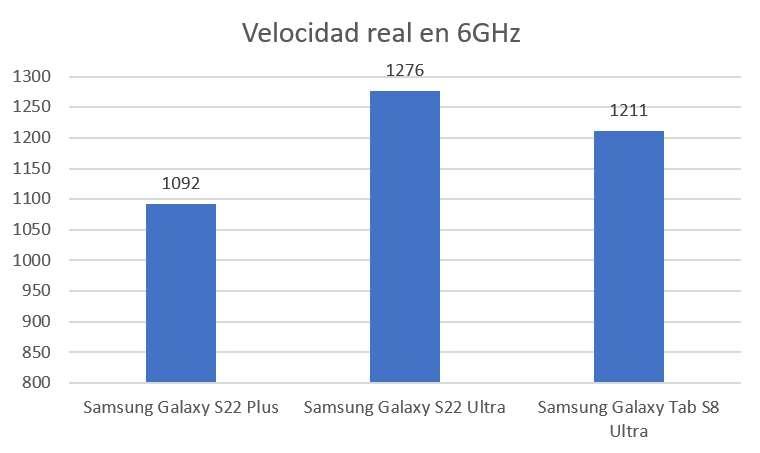 As for smartphones, any mobile model with Qualcomm Snapdragon 888 or the new Snapdragon 8 Gen 1 supports these speeds, as well as the latest Samsung Galaxy S22+ and S22 Ultra, as we explained earlier in our comparison. If you have Problems connecting to the 6GHz bandCheck out our full tutorial. 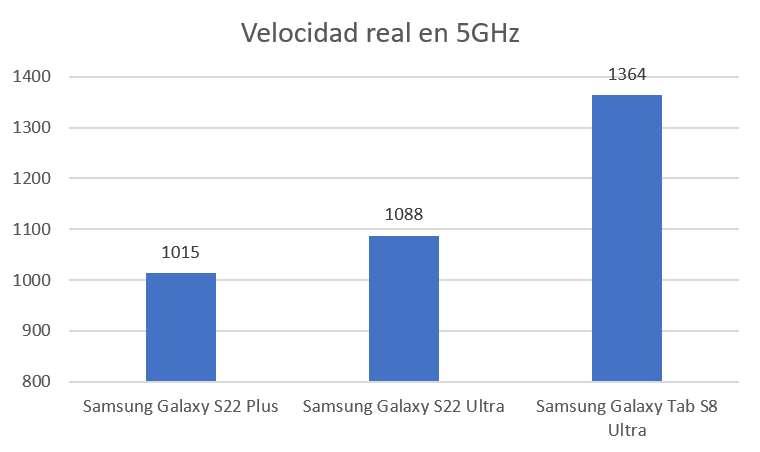 As you can see, with the right hardware and looking closely at the technical specifications, we can achieve real speeds of over 1000Mbps without much trouble. However, you should know that these speeds will only be possible in environments close to the access point or WiFi router, that is, in the same room where you are and without obstacles. If you are going to connect in medium-far places, you will not get these speeds, but exceeding 600Mbps with this equipment is feasible. The Internet is becoming more secure, but you should not use these encryptions

With new fiber speeds, Ethernet will be used more