Microsoft just announced Windows 11, the successor to Windows 10, which arrives with a totally renewed and improved look, in addition to having a good number of changes under the hood that give it, for now, better performance compared to its predecessor. Although there is still enough time (until the end of the year) for this new OS to begin to reach users, Microsoft wants all its users to know the fruit of the work of recent months and all its news.

And, of course, what better way to do it than to break your word and use Windows 10 as an advertising platform for Windows 11.

Windows 11 ads are coming to Windows 10

Of course, Windows 10 has never stood out for being a clean operating system, quite the opposite. This SO, from its earliest days, has been a great advertising platform for Microsoft. The company has used it for its own advertisements, to install the programs it wants by default and, in short, to annoy users.

Now that Windows 11 is official, and that there is relatively little left to install it, Microsoft has not wanted to give up the opportunity to use, once again, its Windows 10 for advertising purposes. In the last few days, users of this OS have started to see advertisements within the notification area about this new OS.

If only a sporadic ad had appeared, nothing would happen. However, in our case, we have already received two announcements about this new OS. The first of them this past weekend, and the second a few hours ago.

It is clear that Microsoft is going to make the most of its advertising platform to advertise its new operating system with great fanfare. Luckily, if we don’t want to see more of these notices, it is possible to easily disable them.

How to hide ads

If we do not want to see more of these notices, and we have the advertisement at hand in the notifications area, we can block it by clicking on it with the right button and selecting the option «Turn off all notifications for Suggestions«. 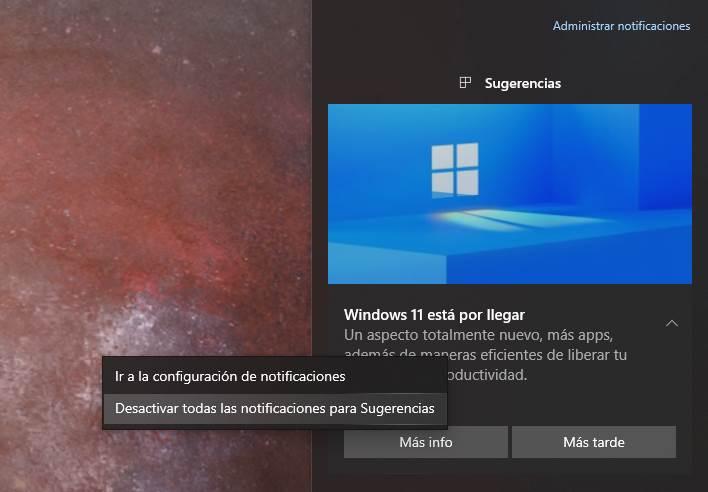 By doing so, Windows 10 will no longer display any more notices about Windows 11, or about other Microsoft programs (such as Ads from Teams).

If we have already omitted the notification, and we do not have it at hand, we can do the same from the Windows 10 Configuration section. Windows + I shortcut to open it, and we go to the section System> Notifications and actions to open it.

Here we will locate the section of «Suggestions«, And we will uncheck its box to make Windows stop showing us these types of advertising recommendations. 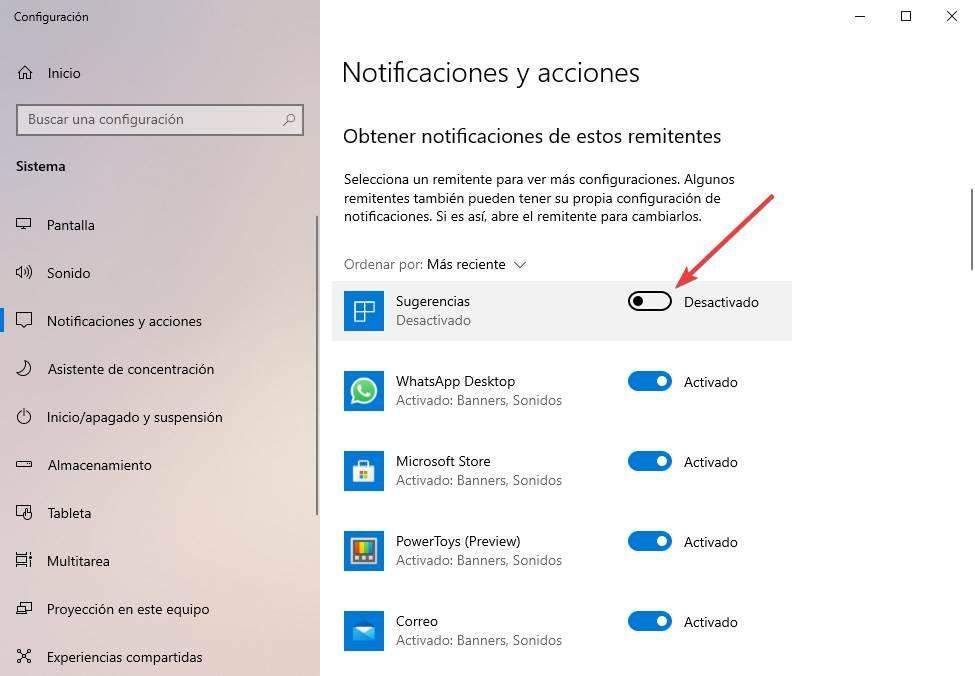 Let us not be surprised to see new ads as time goes by, even if we have the notices of these «Suggestions» disabled.

Intel: »We do not compete against companies, but against Korea and Taiwan»

The OneDrive trick to edit and apply retouching to our photos