Experience of upgrading to QTS 5.0 on multiple servers

QNAP NAS servers have a large amount of additional software that we can install through the App Center, and also a large number of possible configurations and uses that we can give it. For example, we could use virtual machines with operating systems such as pfSense to act as the main router in our home, we could also use Container Station to create Docker containers and have many services within the NAS, almost unlimitedly. An update as important as QTS 5.0 could cause unexpected failures or that some configurations that we had before do not work properly, something that does not happen with incremental versions where certain things are corrected, but moving from the QTS 4.5 operating system to the new QTS 5.0 version is a big change involving kernel update and GUI optimization, as well as other internal changes.

On our test NAS server which is the model QNAP QGD-1602P We updated directly from the latest version 4.5.4.1800 that we had updated at the end of September, working perfectly in every way. In this NAS server we have virtualization using Virtualization Station and a pfSense to act as the main router, in addition to the typical functions of the NAS server. We also have Container Station for lightweight virtualization using containers, the use of Docker is really for testing with the aim of later moving it to “production”. In this team we do not have SSD cache acceleration, because we have two SSD units in the main storage pool, therefore, it is not necessary to have SSD cache acceleration. The only thing we did before the NAS update was stop the virtual machines, however we left the Container Station running with the containers raised.

The upgrade to QTS 5.0 was done through the upgrade menu itself, the NAS downloaded the new operating system, updated it, and rebooted. Once you got back to the GUI, everything worked as expected and smoothly, respecting all advanced settings made. We started the pfSense virtual machine in Virtualization Station and it worked perfectly. The test NAS server was updated successfully and without any problems, and when it was restarted we received a lot of updates from the App Center, so we updated all the applications without any problems.

The NAS server of a relative is the QNAP TS-253D, the use that is given to this NAS is for information storage, backup copies and also multimedia, in addition, it has virtualization with Container Station to have different Docker containers for multimedia and management, as a Traefik reverse proxy. The storage consists of two hard drives but without any type of cache acceleration working, that is, we have a RAID 1 of two hard drives, with their different volumes and also snapshots configured. In this case, since the NAS had been running for a long time, what we did was reboot it so as not to have problems with the update. 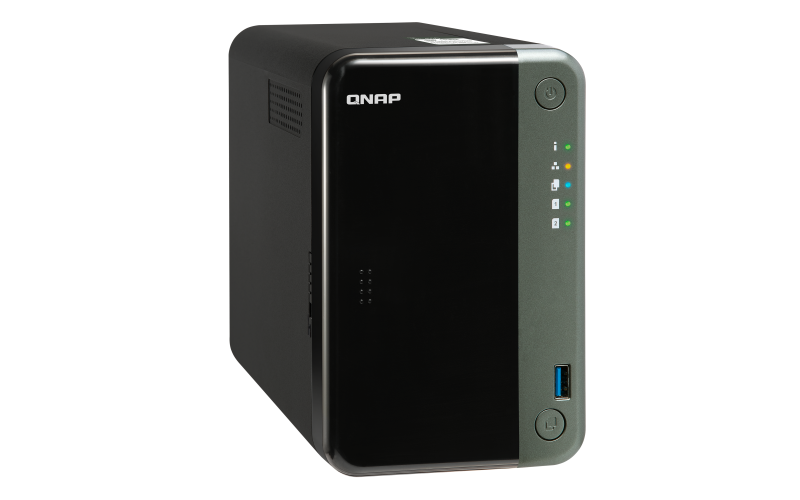 The update to QTS 5.0 was done through the update menu as soon as we got the warning, downloaded the new operating system, installed it and restarted. After a few minutes for the restart, we accessed directly using Traefik’s reverse proxy and we accessed perfectly, so the update was perfect at the Container Station level. When we entered via the web, we verified that everything else was working perfectly, both the services, the Plex Media Server and everything else. I mean, the update in this case was a resounding success.

Our NAS server that we use as the main router with pfSense and Virtualization Station, for general storage, backups of other PCs, multimedia using Plex Media Server and many other uses (except Docker containers that we have not put it yet). In this NAS we have a total of two sets of storage, the first set of storage is a RAID 1 of SSD, where we have the volume of the system and also of the virtual machines that we have in Virtualization Station (pfSense, Windows, Debian etc), in the second set of storage we have a RAID 5 of hard drives, where we have all the information, the backup copies and also all the multimedia part. In this case we have SSD cache acceleration with a RAID 1 (read and write) for two volumes of the hard drive storage pool. Before upgrading to QTS 5.0 I did the following operations:

When turning off the pfSense virtual machine, I connected locally via cable to the NAS and with the computer I loaded the first version of QTS 5.0 manually, without using the NAS server’s own updater, because logically when I turn off pfSense I don’t have Internet. The update process was successful, the NAS rebooted and when accessing the graphical user interface the problems started:

After this, what I did was extract the cache acceleration SSDs “roughly” because I thought it was the problem of everything, since the new version of QTS 5.0 has a different management of the cache, and from this moment everything loaded properly and the operation was perfect. When extracting the cache acceleration with it activated and being in read-write, two volumes were damaged, and clicking on “Check file system” did not solve this problem, sometimes it gave an error, other times it started with 98.8 % and would stay there for hours, sometimes even crashing the NAS completely. The solution to this was to back up the entire NAS to a new storage pool in RAID 0 that I configured emergency, and then remove the storage pool from RAID 5, create a new one, create new volumes and verify that when rebooting did not get any error message in the file system. Once this is done, transfer the information back to the different volumes and leave it in the original state. 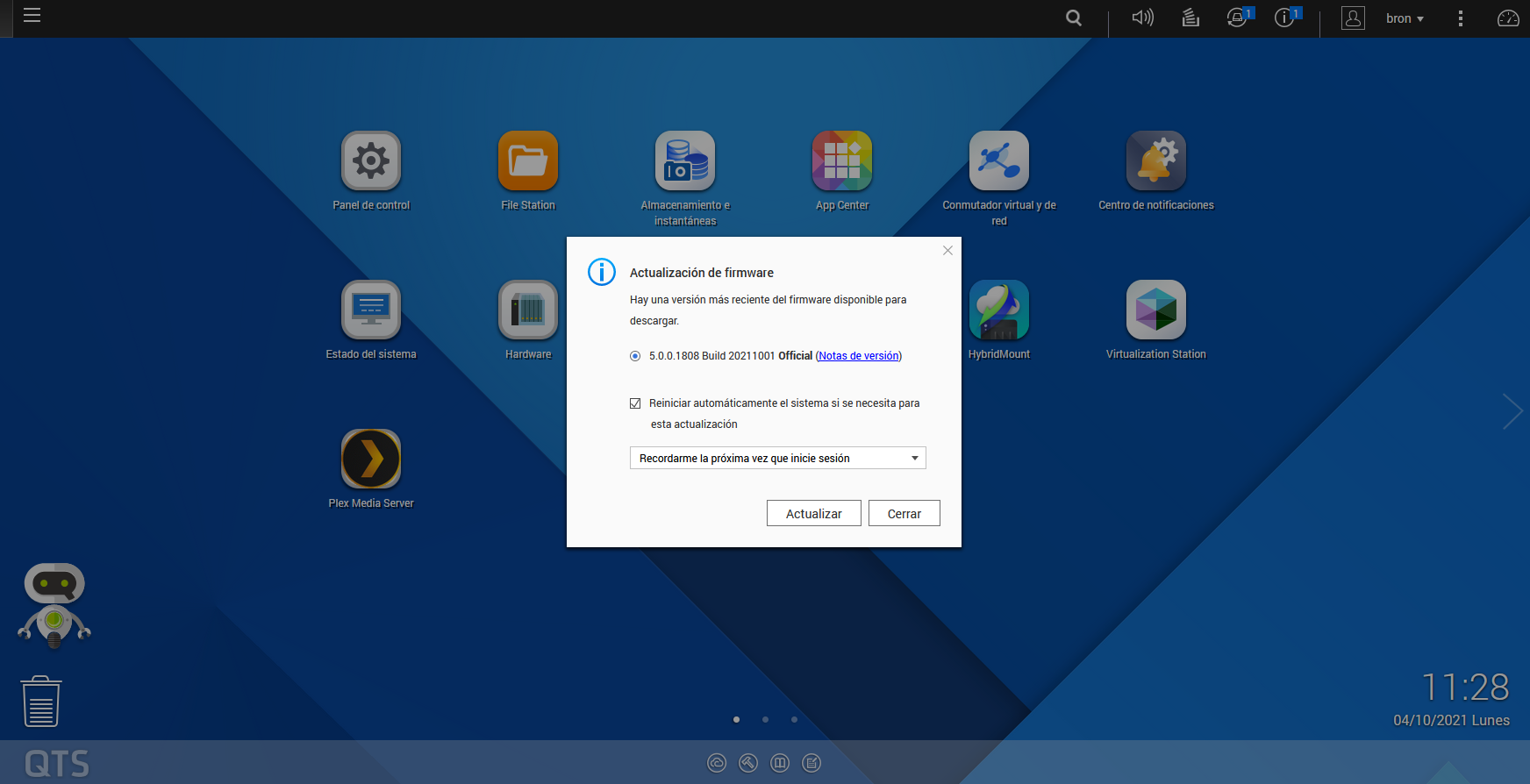 Another important aspect is that although the virtual machines with pfSense and others worked perfectly, and provided Internet service to all the computers, the NAS itself had no connection, it could not update the applications from App Center or send notifications by email or Push notification . When connecting via SSH, I could ping an IP address but not a domain, so the problem was with the DNS servers, which I had not “touched”, and that the DNS server is the pfSense itself on the machine virtual. While the computers on the local network did communicate with the DNS server, the NAS itself did not. To solve this we have to connect via SSH and edit the file /etc/resolv.conf because it comes with “nameserver 127.0.0.1”, I had to put the IP address of the network’s DNS server, or put “nameserver 8.8.8.8”, save changes and automatically we will have connection, it is not necessary to restart.

Tips to upgrade your NAS to QTS 5.0

Taking into account our experience when updating the QNAP TS-1277 NAS, we recommend that you perform the following configurations before updating:

Once you’ve updated, our recommendations are as follows:

The manufacturer QNAP has released a video where you can see how to install QTS 5.0 directly on a new NAS, but if you already had one before it would cause data loss.

We hope that these recommendations have been useful to you. Did you upgrade to QTS 5.0 and everything went well or did you have problems? Write us a comment below to know your experience.

What to do to connect to a hidden Wi-Fi network

Is an isolated network really safe? All you need to know

Never install a VPN without considering this