The DualSense, that is, PlayStation 5 controller is not compatible with PS4. The movement by Sony can be understood, since the Japanese want to offer the new improvements of this command only to their new console. Even so, you can connect the PS5 controller to your PlayStation 4. In this post we will explain all the methods out there and how you can do it.

Can a PS5 controller be used on PS4?

PlayStation 5 is compatible with the PS4 controller. We can use the DualShock 4 on PS5 to play PlayStation 4 titles, as the latest model of Sony’s console offers backward compatibility with more than 4,000 games from its predecessor’s catalog. However, compatibility between PS5 and the previous generation controller is limited to this feature only. It is not possible to use the old controller to play the new generation titles.

But… And backwards? Can we connect the DualSense to the PlayStation 4 and play with it? Here the answer depends on the need you really have to use it. Officially, PlayStation 4 does not support DualSense for PlayStation 5. Many were the users who just took their new console out of the box tried to connect the new controller to the PS4. Absolute failure. It was not possible either by directly connecting the micro USB cable, nor by using Bluetooth technology. The official compatibility does not exist by Sony.

Is there a specific reason why Sony does not allow this functionality?

The most reasonable thing is that they have thought about not complicating their life and do not make users dizzy. The DualSense has quite specific functions. The last thing the Japanese need is to confuse the user when playing games. Basic support from Sony would have been great though. At the end of the day, neither are controls so different nor is there so much difference between the two consoles.

Playing PS4 with a PS5 controller is possible

Yes, as you are reading. The official compatibility does not exist, but can be, It can. And don’t worry, because you don’t have to make any strange modifications to your console. In fact, there are several methods, so you can choose the one that interests you the most. All these methods work with PS4, PS4 Slim, and PS4 Pro without any problems. PS Remote Play is a program with which you can control both your PS4 and your PS5 through a Windows PC, a Mac, a smartphone or even the PS Vita. It is not the most comfortable thing in the world, since you will have to connect DualSense to one of these devices, which will bridge to your PS4. But hey, cheating, it is a method that can be useful if a friend comes home and we want to have a quick Fifa on PS4.

On the negative side, depending on the connection you have at home, this method may disappoint you a bit, as there is a possibility that there is a slight delay between the keystrokes on your controller and the arrival of the action on the screen.

On the other hand, what not many people know is that there are specific devices that allow you to connect all kinds of controllers to your console. One of the best adapters on the market is the Titan Two. The device is not exactly cheap, but it does allow cconnect the DualSense to your PS4 so much wired like via wireless.

This other method offers a full compatibility without any delay or complications. Its price is really high, but you may be able to amortize it in the long term, since it is compatible with practically all consoles that we know. Not only will you be able to play with your DualSense on PS4, but you can also use it to play on Switch with both this controller and an Xbox one, for example.

Also has Another advantage, and it is that it allows connect a mouse and keyboard to your PlayStation. In this way, you can cheat a bit in some games where the controller is a disadvantage compared to the keyboard. However, using this device to do evil is already up to you, it was not our intention to give you ideas.

DualSense is compatible with PS3 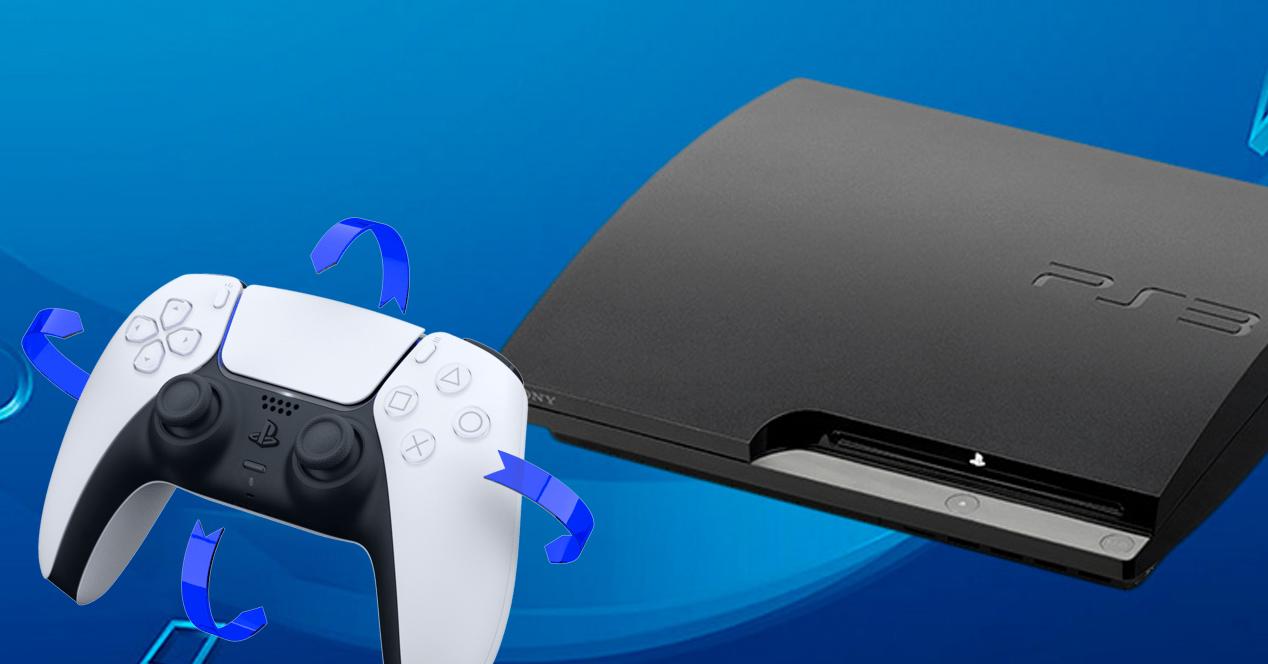 If this incompatibility of the PS5 pair with the PlayStation 4 seemed absurd and out of place, you should know that the Playstation 3 offers no resistance to DualSense.

Official support does not exist from Sony either, but the controller can even be connected wireless. This was discovered by some of the first users who got hold of the latest Sony console.

Why can the Dualsense connect to PS3 and not PS4?

Apparently the reason is because the PS3 supports generic controllers via Bluetooth. Therefore, the console detects the DualSense as a controller aftermarket plus.

The Playstation 4On the other hand, it is not that it directly overcomes the connection with the DualSense, but that Sony at the time he decided remove support for generic controllers. Since then, only a few controllers have been licensed by Sony and allow seamless connection to PlayStation 4.

Wi-Fi standards past, present and future: things you need to know

EA announces The Lord of the Rings: Heroes of Middle-earth, a free-to-play mobile RPG