The first option that we bring you is the Gigabyte RYX 3060 WINDFORCE OC 12 GB, a very good graphics card that offers us support for Ray Tracing and DLSS. As an alternative we have the PowerColor Hellbound RX 6650 XT 8 GB, a slightly more discreet solution but that offers great gaming performance.

Does this graphics card have the WINDFORCE heatsink that the company uses in many of its graphics cards. This characteristic heatsink, in this case, makes use of two 90mm fans with an alternate rotation system. Each of the fans rotates in reverse of the other to generate a greater air flow.

Additionally, note that this graphics card has a length only 200mm, making it compatible with most chassis on the market. It has a backplate to improve the robustness of the system. It also has an advanced capacitor and power phase system to offer the greatest durability.

You may be looking for an alternative because you don’t want an NVIDIA graphics card. Well, we bring you this graphics card that is based on the AMD RX6650XT, a very good graphics card for gaming. This graph has 2048 Stream Processors and also has 32 RT Cores. Does this graphics card have a 2410MHz gaming frequency and in mode boost can reach the 2689MHz

PowerColor cards, as you can see, usually have fairly simple heatsinks. We must bear in mind that this assembler is one of the cheapest on the market. Despite this simple design, the heatsink is more than enough for this graphics card. Something interesting about the heatsink is that the fans have fixed lighting in blue, not allowing RGB. 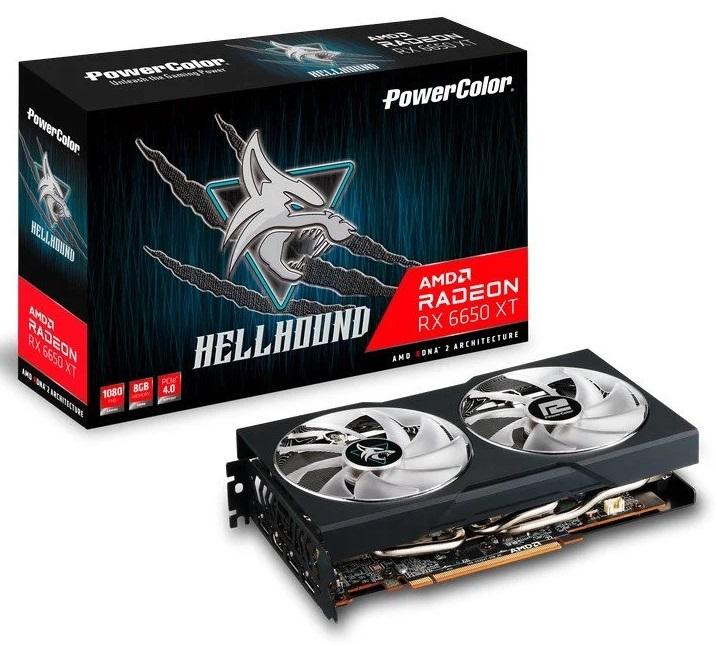 As it cannot be otherwise, it includes 0dB technology. The graphics card fans remain paused as long as the temperature does not exceed 60 ºC. This is great, since we save ourselves the noise of the fans when we do not use intensive graphics.

We must emphasize that this graphics card has a HDMI 2.1 and no less than three Display Port 1.4. Additionally, it makes use of un 8 PCIe connector pins for power and a power supply is required. power of at least 600W.

The end of mining with the arrival of Ethereum 2.0, or maybe not?