Commencing on August 31st, 24 qualified CS:GO teams around the world will compete in the ESL Pro League 16, one of the biggest competitions on the international stage. On the line is a total prize of $835,000, as well as a spot at the prestigious BLAST Premier: World Final and the IEM Katowice 2023.

This tournament will be the main protagonist of September, with the development of the four groups advancing one by one. The opening day games begin with Group A, which is stacked with such prestigious teams as NaVi, Team Vitality, NiP, Team Spirit, Fnatic, and Endpoint.

Thanks to their presence, the first group promises to be equal and exciting to watch. On the other hand, it is hard to predict their head-to-head matchups and final results. However, by judging their players and moment of form, some squads can be highlighted above others. But before analyzing them, it is essential to remember the format of this Group Stage that many consider long.

ESL Pro League is broken up into two phases: the Group Stage and the Playoffs. Starting from the first division of the event, a total of 24 teams are divided into four groups, with the six teams in each group respectively. During that phase, they all will play each other once at the Best of three maps.

The winner of the classification from each group will reach the Quarterfinals of the single-elimination matches, while the squads with 2-3 places will play a previous round of the Playoffs. Sometimes games are played that do not decide anything, which is usually the case for the Group Stage. That’s why many fans consider this a long competition to follow for a whole month. With that said, this event always leaves great highlights for them and allows participants to fuel up after the summer break. So, make sure to keep track of the progress at the https://cover.gg/tournaments/current platform.

Without a doubt, two teams from Group A can be highlighted above the others. One of them is Natus Vincere: the Ukrainian roster was undefeated at BLAST Premier: Fall Groups despite playing the Group phase without s1mple. Team Vitality also enters ESL Pro League 16 as a slight favorite, who come in right behind NaVi. After following the results and Spinx performances at BLAST qualifier, we want to highlight that they are on fire now, and there are only a handful of teams that could take down Vitality in their current shape.

The CIS team is the group’s almost absolute favorite. And there is absolutely no discussion that it’s deserved after the past month they have had. They won the BLAST Premier: Spring Finals in June 2022, and then finished second in the Fall Groups at the beginning of August.

Not only did they win those events, but they also did it dominantly. Also, with the return of s1mple, the chances are that the team will have an easy race finishing Group A in the first place.

As for Team Vitality, they’re coming in with a lot of ups and downs this year, especially after winning the BLAST Premier: Spring Groups in February 2022 but going to the Showdown in the Fall Groups at the beginning of August.

Despite not achieving its goals in the Fall Groups, the team has a good image after signing Lotan “Spinx” Giladi. The Israeli player was brilliant individually at the BLAST qualifier, causing a high number of deaths and great damage on most of the maps played. And due to the high-quality roster, the French organization is our nominee for the group runner-up in Group A.

As we have said above, Group A is stacked with some of the top CS:GO squads, and it’s hard to imagine a Cinderella run from a dark horse. However, there are squads deeper in the odds that still have plenty of talent to give more than one scare at the first rounds of this tournament.

Firstly, there is Team Spirit, who enters at +110. Considering that the Russian roster has not been on the competitive scene since IEM Cologne, those odds are reasonable as it is unknown how the summer break has affected the players. Moreover, they will need to debut in the Group Stage against another major obstacle, and that’s NaVi.

Another team that could put together a Cinderella run from Group A is fnatic. For its part, the British team managed to qualify for the European RMR and will debut in a great event after signing Nico “nicoodoz” Tamjidi and Fredrik “roeJ” Jørgensen as AWPer and entry fragger respectively. In addition, Dion “FASHR” Derksen joined fnatic’s roster in August. These modifications proved a bit of success in the European qualifiers, but the team has yet to prove its worth on the world scene.

Endpoint has been struggling for some time with the list they have created. Finally, the club signed Kjaerbye, one of the most prominent names in the past. However, their game at the IEM Rio 2022 Europe qualifier didn’t convince them at all. It is very possible that they will lose to Vitality on the opening day of ESL. 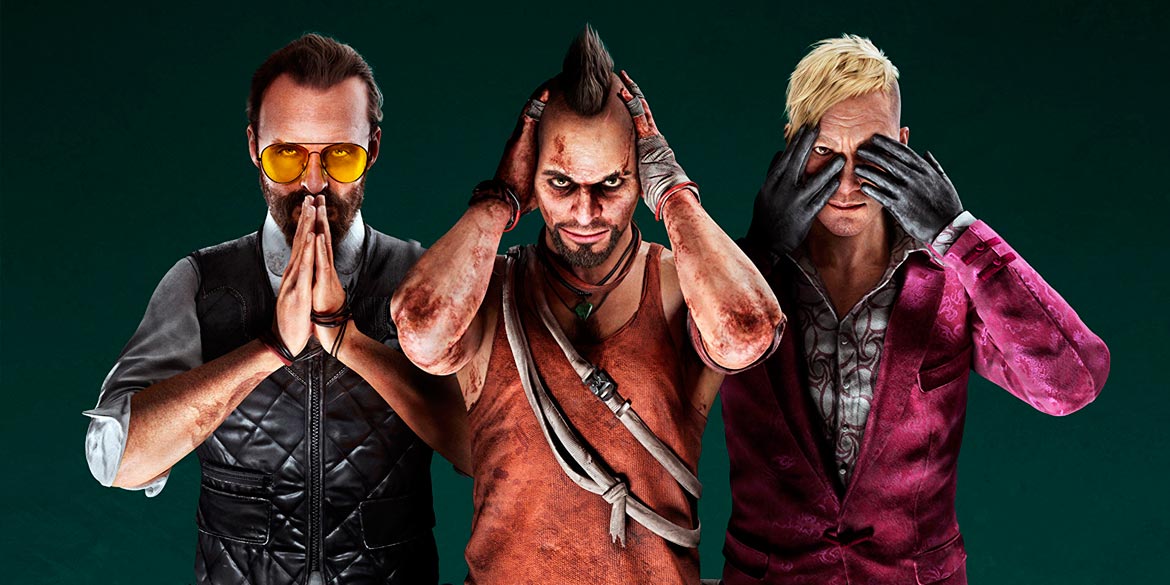 Far Cry 6: the villains of the game and the contents of the Season Pass in the new trailer