More than 8 years ago I used a NAS server for the first time, I needed to use this server to make a backup my files most important, and access locally or remotely to them from anywhere, in order not to carry portable hard drives with them. Logically, I always carried the larger files with me, because at that time Internet connections were much slower than they are today. Today I am going to tell you why now I cannot live without having a NAS in my house, and the reasons to continue using it daily.

Current uses that I give to my NAS

My first NAS server was an HP ProLiant MicroServer Gen 8, a very powerful server at the time, and with which I got started in the world of home NAS for home use. I have always used a FreeBSD based operating system to use the ZFS file system, one of the most advanced that exist and whose objective is to maintain the integrity of the data written on hard drives or SSD drives. I currently use this server as the main NAS at my parents’ house with the XigmaNAS operating system, and I also use it to backup my own NAS to it, to have everything duplicated in different physical locations.

I currently use as my main NAS a QNAP TVS-h1288X, I also use ZFS as the main file system, so I use QuTS hero as the OS on this model. I use this equipment as the central hub of my entire network, as it not only acts as the main storage and for backups, but also to play multimedia on Smart TVs using Plex Media Server, control home automation and much more. Next, I am going to explain all the uses of this NAS.

Virtualization of operating systems and Docker

Me main router is the server itselfsince I have installed the pfSense operating system in Virtualization Station, QNAP’s operating system virtualization software. Thanks to this, I can have a very advanced professional-grade operating system, and because of the powerful hardware, I have everything on the same machine without the need to buy additional or dedicated hardware for pfSense. I also use different operating systems like Windows or Debian for testing, although these virtual machines are usually not running to save resources. HomeAssistant it is the brain of all the home automation that I have at home, in this case, I had two options: install it in a virtual machine or use Docker. I finally decided to do it in a virtual machine with Virtualization Station, for several reasons, among which is the ease of taking snapshots, and going back at any time.

This server is where I store all the data from my computers, it is the destination of all the backup copies, both of the OS of the computers and also of the files. Of course, I also run a local backup of everything I have in the Google Drive folder, because I upload my most important documents to the Google cloud to have an additional copy. 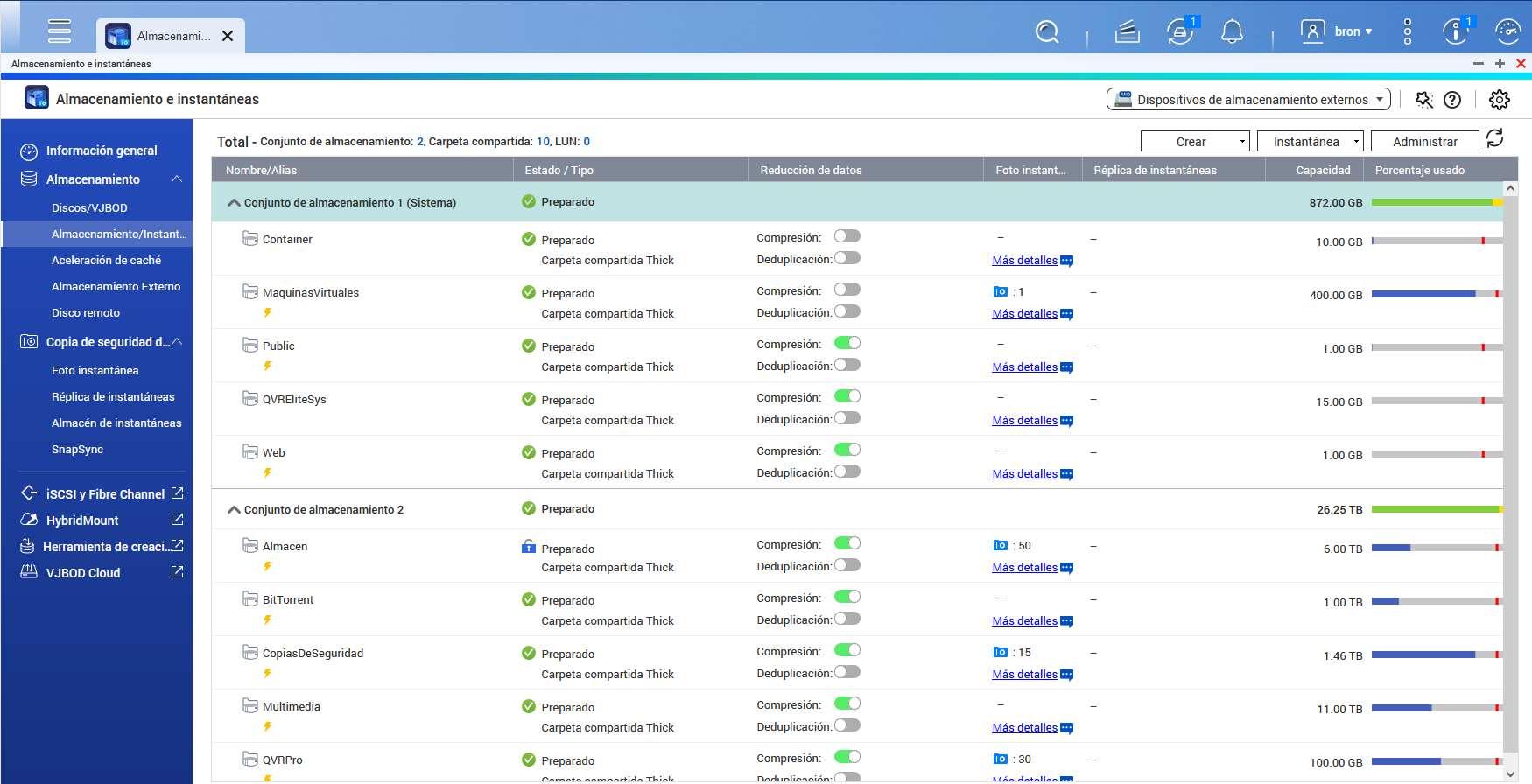 I access this storage via SMB on the local network, and thanks to the 10G connectivity I have at home, the transfer speed is very high, especially since I use hard drives for NAS and SSD cache acceleration on the computer, for what everything is transferred very quickly.

The NAS also acts as a multimedia center, I use Plex Media Server to watch movies and series on the different Smart TVs and even from my smartphone, since I have Plex Pass to get the most out of it. In the case of photos, I use native QNAP Photo Station, it works quite well although there are Docker containers that do the same thing, and maybe they provide more options, but for my use it is more than enough. I also use QVR Elite for continuous recording from some IP cameras. 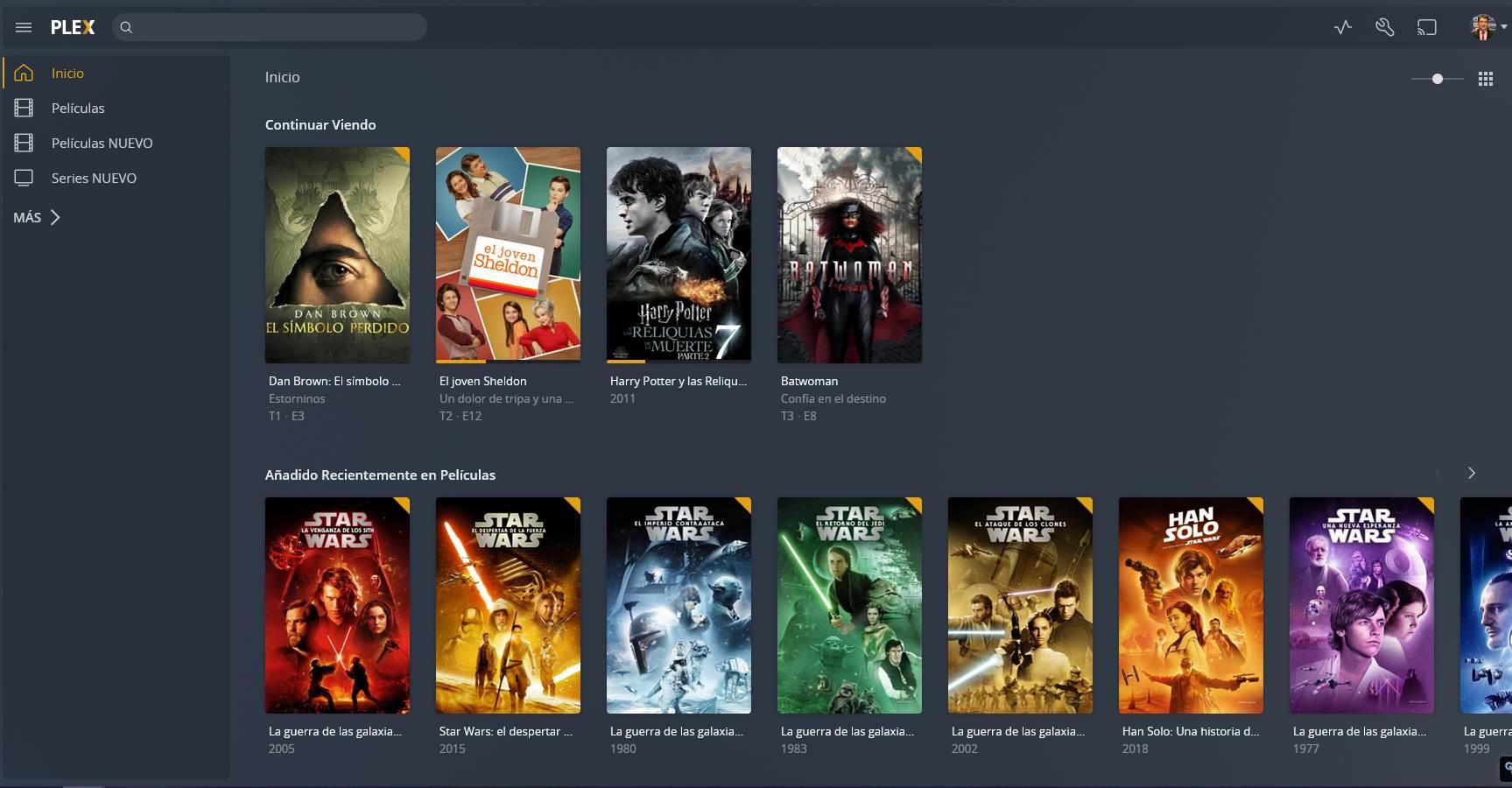 As you can see, right now I could not live without the NAS, because it is the center of the entire network, it not only provides storage services but also acts as a router, home automation center and others. 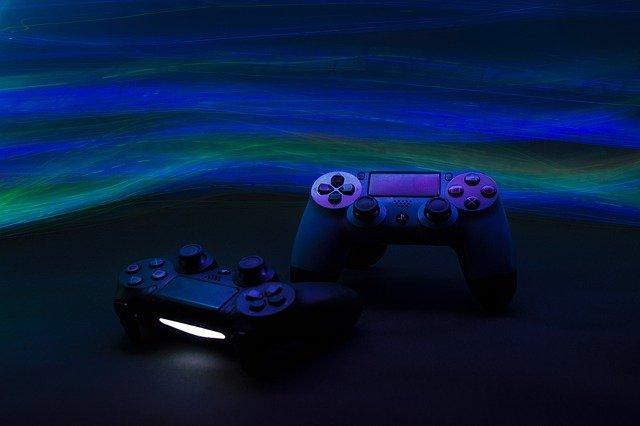 DDoS protection in gaming is the new challenge for manufacturers Why WiFi is worse at some hours This is the cheapest way to improve your home WiFi network 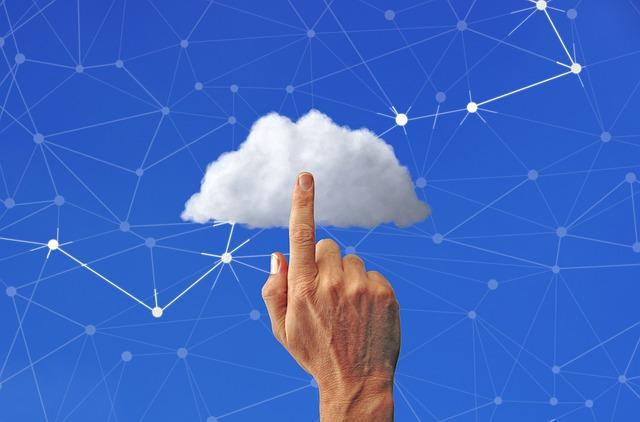 Why the cloud is increasingly important on the Internet