Since the introduction of macOS Monterey, back in June, at Apple’s WWDC 2021, we have been waiting for the date to arrive when the new operating system was released and began to reach the first Macs.. Today the wait is over, and all users of computers compatible with it, can be updated, although it is possible that during the first hours, the download of it is somewhat slow.

So, before seeing what’s new in macOS Monterey, the first thing to remember is which computers are compatible with it and therefore can be updated:

As was predictable, Apple will still continue to provide support and updates to devices equipped with Intel processors for a few years to come.. However, it is to be expected, and it will be understandable, that little by little it devotes more and more resources to its optimization for its own platform, and that in this way the systems with Intel will, little by little, be left behind. In any case, we will still have to wait until that time comes. For now macOS Monterey treats both platforms equally… although we have already seen a feature that will only be available on Macs with Apple’s SoCs.

Although iOS and macOS are different systems, it is becoming more evident every day that Apple is working on the convergence of both. And, if we see the web pages of each of them on the Apple site, we see that In both cases, the key point Apple has focused on is communication, with the various tools that Apple has developed for this purpose. Here we saw those of iOS 15, and now we review those of macOS Monterey.

The first thing that Apple highlights are the news related to Face Time, where SharePlay will also debut this fall, the function that allows us to share content on the screen during video conferences that we have with FaceTime. As with iOS 15, SharePlay on macOS Monterey will allow us to share content from AppleTV, Apple Music and our PC screen. In this way, all types of content can be shared between all Apple devices updated to Monterey.

We will also find improvements related to display and sound quality. The most noteworthy, without a doubt, are the compatibility with Apple’s spatial sound, already present in Apple Music, and the microphone modes, which will allow us to distinguish between background noise, which must be eliminated, and background sound that we want. is also shared in our communications. Both functions will be possible thanks to the recognition of the voice, and the subsequent processing of all the audio signal that the microphones are receiving.

Regarding the image, yes, we did find an exclusive feature for devices equipped with the Apple SoC in macOS Monterey. I am referring to portrait mode, which in a video conference identifies you and blurs the rest of the image, so that nothing that happens around you can distract the center of attention. Grid visualization is also added, in which the images of all the participants in a group videoconference will be displayed in a grid, with the same size for each one of them. 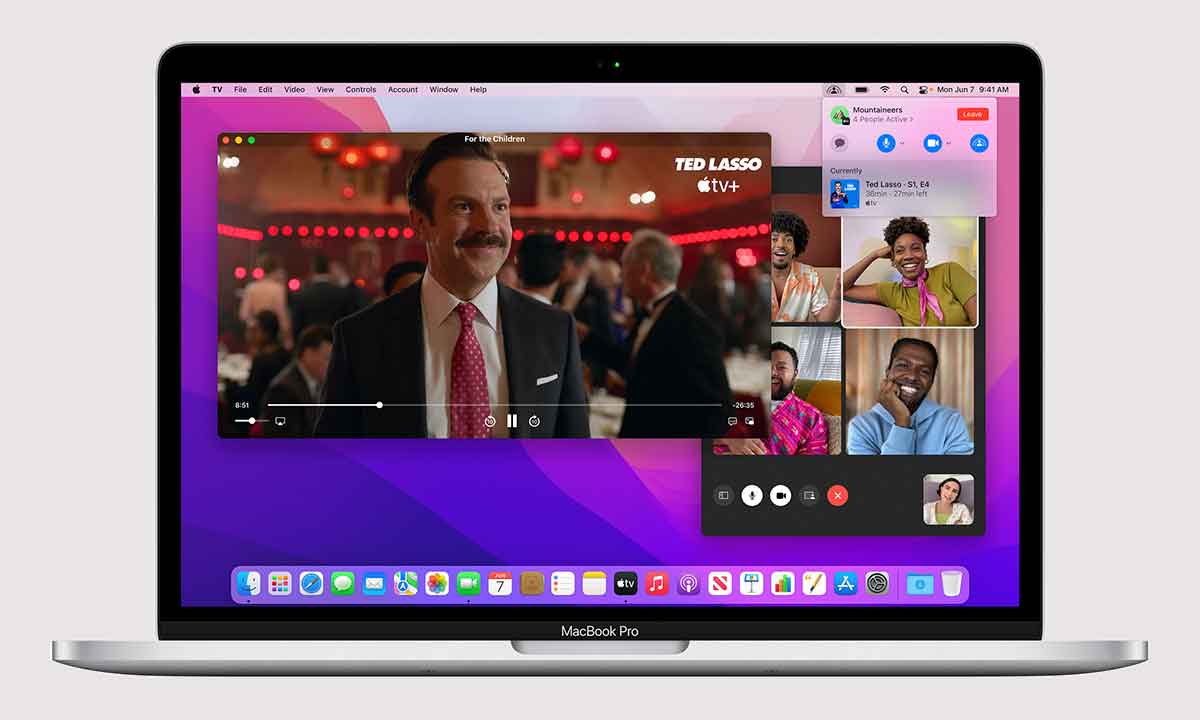 Another of the long-awaited novelties of macOS Monterey is that, as we already announced some time ago, also your computer users will be able to create and share links to communicate via FaceTime with users of devices of other manufacturers and that, therefore, do not have this tool.

Another very interesting and long-awaited novelty of macOS Monterey is Universal Control, a function that aroused mixed opinions after its announcement, but which I personally think is a success. Not available yet (will arrive later this fall) and pAllows you to use a keyboard and mouse or trackpad to control multiple devices. You just have to place them close, recommended aligned, and with the movement of the mouse you can see the cursor jump from one screen to another, so you can choose which device you are using at any time.

What’s more, Universal Control also allows you to drag files from one device to another, so it can be a very practical system to transfer files between the smartphone or tablet and the computer. Of course, even with macOS Monterey, this feature will only be available at its highest quality with MacBook Pro from 2018, MacBook Air from 2018, iMac from 2019, iMac Pro from 2017, Mac mini from 2020 and Mac Pro from 2019. 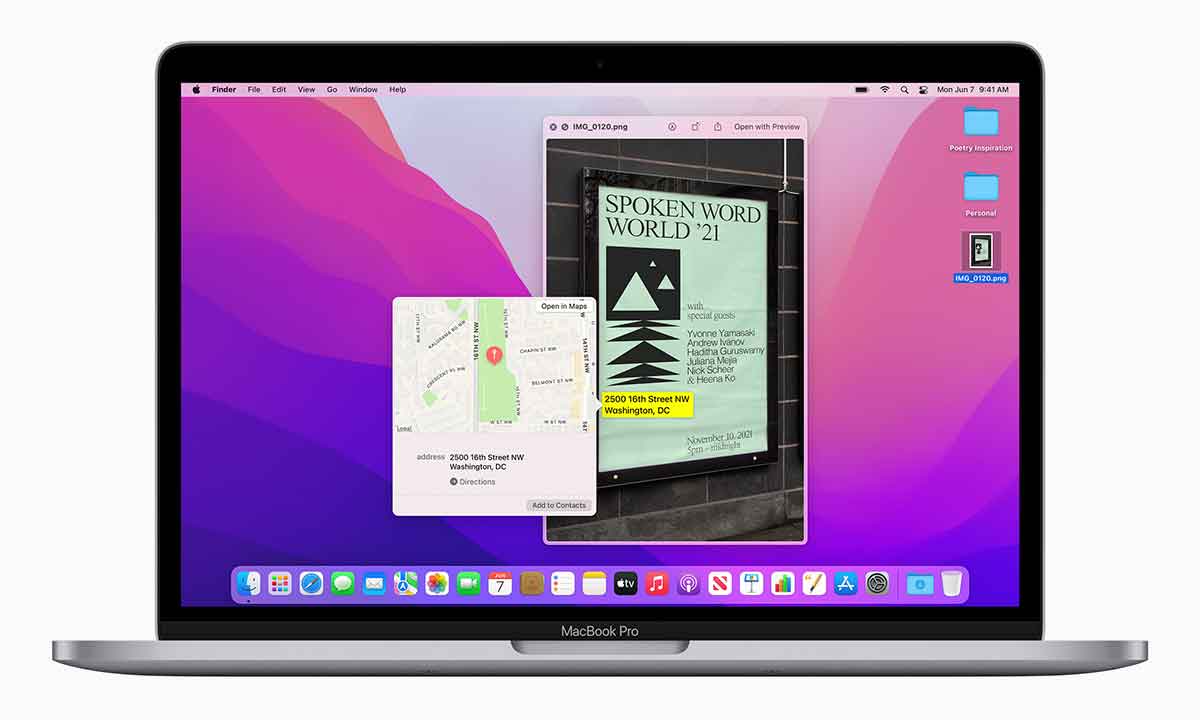 Privacy continues to be an important aspect for Apple, so like iOS 15 presented several novelties in this regard, both inherent to the system and dependent on iCloud +, in macOS Monterey we find a fairly similar mix: 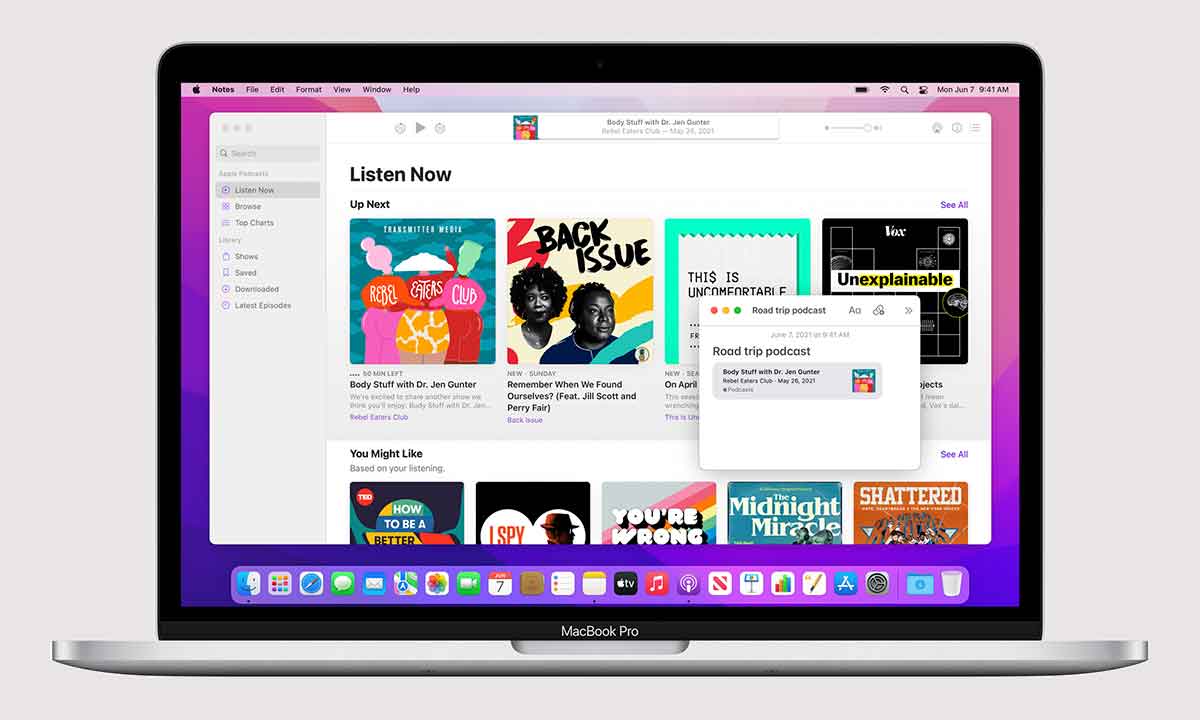 One feature that makes the leap from iOS to macOS 15 is shortcuts, which allow streamlining the performance of multiple functions. As a contact with it, users can review the list of shortcuts already included in the system. Now, where they truly unfold their full potential is when creating our own shortcuts. It is true that this could already be done with Automator, a very powerful but not very well known tool, but with the shortcuts the management of these automatisms is much easier.

The notes have also undergone an interesting evolution in macOS Monterey. The most remarkable thing at this point is, without a doubt, the sticky notes, a new function that allows the user to write in any application, ideally the one in which you are working at the moment, and generate a note from that text. In addition, you will be able to link these notes from the applications compatible with them, thus providing quick and localized access.

A new activity view has also been added, which it will allow us to know what editions have occurred in the notes, something that is especially practical in shared documents, but also as a basic version control system. And to facilitate its organization, macOS Monterey notes, like those of iOS 15, allow you to use labels (#), with which to categorize the notes.

Safari also brings new features to macOS Monterey, more specifically to tab management. And it is that in the last update of the browser the size of the bar has been reduced, in order to gain more space for viewing web pages. In addition, the function of creating groups of tabs has been added and, for those who have more than one Apple device, the groups that we have created in one of them will be available in the rest. 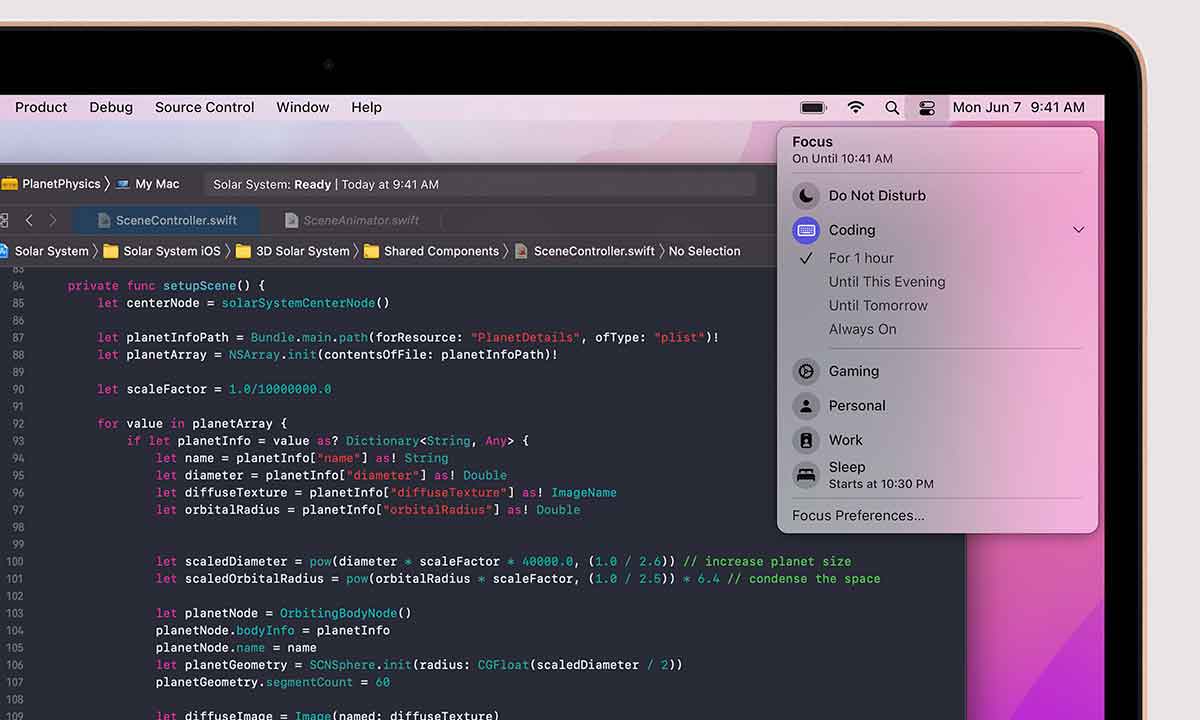 And another feature that also makes the leap from iOS 15 to macOS Monterey are modes of concentration. With them you can adjust the notifications you receive while they are activated, for which you can use the predefined options in the system or, if you prefer, create a custom configuration that allows you to focus on what you want to do, reducing interruptions those that you consider important at that time. Also, if you have more than one device, when you activate a concentration mode in one of them, it will be automatically adjusted in the rest.

On Mars, the photo of a human silhouette questions

new faces on the program of The Mandalorian season 3