The Motorola Moto G200 5G is presented as a very curious terminal. Its specifications make it a smartphone that fits seamlessly into the high-end range, thanks to its Snapdragon 888 SoC, but when we delve into its finishes we realize that, in this sense, it is closer to the mid-range. What can I say, in the end the most important thing is the hardware, and in this case we must also recognize that the price “accompanies”.

We start with a look outside. The Motorola Moto G200 5G has an all-screen front that follows a classic pattern, as it has a flat finish, without curvature on the sides, quite tight edges and has a floating island that serves as “space” for the front camera.

When it comes to build quality, the Motorola Moto G200 5G is built in plastic, a cheap but resistant material that is very common within the mid-range. However, to give it a more attractive appearance, the company of the wings used metallic paint with a glossy touch on the terminal frame, and with a matte touch on the back. The result is, from what we see in the photos, quite good.

Specifications of the Motorola Moto G200 5G: Powerful, and with a contained price

After that first look at the exterior of the Motorola Moto G200 5G, we are ready to jump right in to see its specifications. There is no doubt that it fits, on its own merits, within the high range in terms of performance and features. 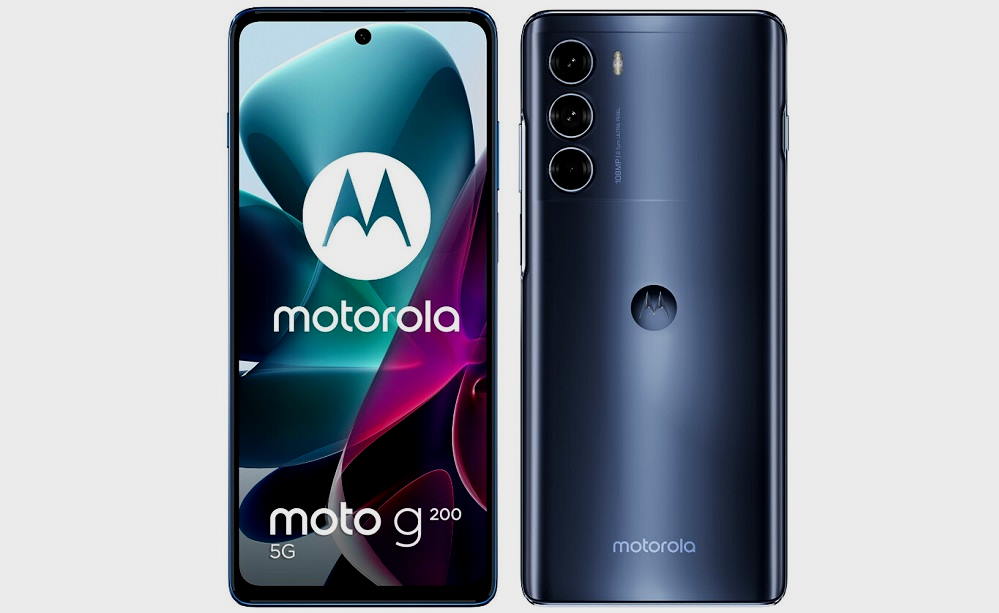 In relation to price-performance, the Motorola Moto G200 5G could position itself as one of the best in its category, especially if it ends up arriving in Europe by 450 euros in its configuration with 8 GB of RAM and 128 GB of storage capacity, a figure to which the source of this news, GSMArena, refers directly.

The price of the version with 8 GB of RAM and 256 GB of storage capacity should be 499 euros. As I said before, if this price is confirmed in Spain, we would be facing a very interesting terminal, and seeing the little price difference that it would have compared to the 128 GB model, I think it would be a better option, since we would have double the space, and this would translate into a better overall user experience, and a longer lifespan.

Bitcoin, Ether: this Tesla Model 3 mines up to $ 800 in cryptocurrency per month

One UI 6.0 will finally bring rapid updates to the Samsung Galaxy