As of this weekend, many users can no longer find their illegal downloading or streaming site in DuckDuckGo’s search results. From then on, the search engine was accused of purging pirate sites under pressure from rights holders. According to the CEO of the company himself, this is not the case. In reality, the problem would concern any type of site.

DuckDuckGo users rumble. The search engine, a serious competitor to Google, seems to have had some problems since this weekend. Indeed, some sites no longer appear in search results. Strangely, as many Internet users have noted, it seems that pirate sites are particularly affected by the bug. To the point of thinking that it is actually DuckDuckGo’s own will.

The thing would not be surprising in itself. It is common knowledge that in recent years, Google has repeatedly removed illegal download and streaming sites from its search engine. DuckDuckGo, moreover, is justly known for its very effective blocking techniques, although they are rather intended to prevent spying on its users, either by Android applications or by Google itself.

That being said, any conspiracy theory turns out to be wrong. Very quickly, Gabriel Weinberg, CEO of DuckDuckGo, defused the situation on Twitter. “We do not “purge” any site of our results. Anyone can check it out by searching for an outlet and see it show up in the results,” did he declare. In fact, if The Pirate Bay and company are no longer accessible from the search engine, it means that the tool is indeed the victim of a bug.

“We are having problems with our site module: and not only with these sites[pirates]» a spokesperson confirmed to The Verge. In addition to this bug, the search engine explains that regularly changing the domain names of these sites can also cause them to disappear from search results. At the time of writing, The Pirate Bay, to name a few, is once again accessible from the platform. 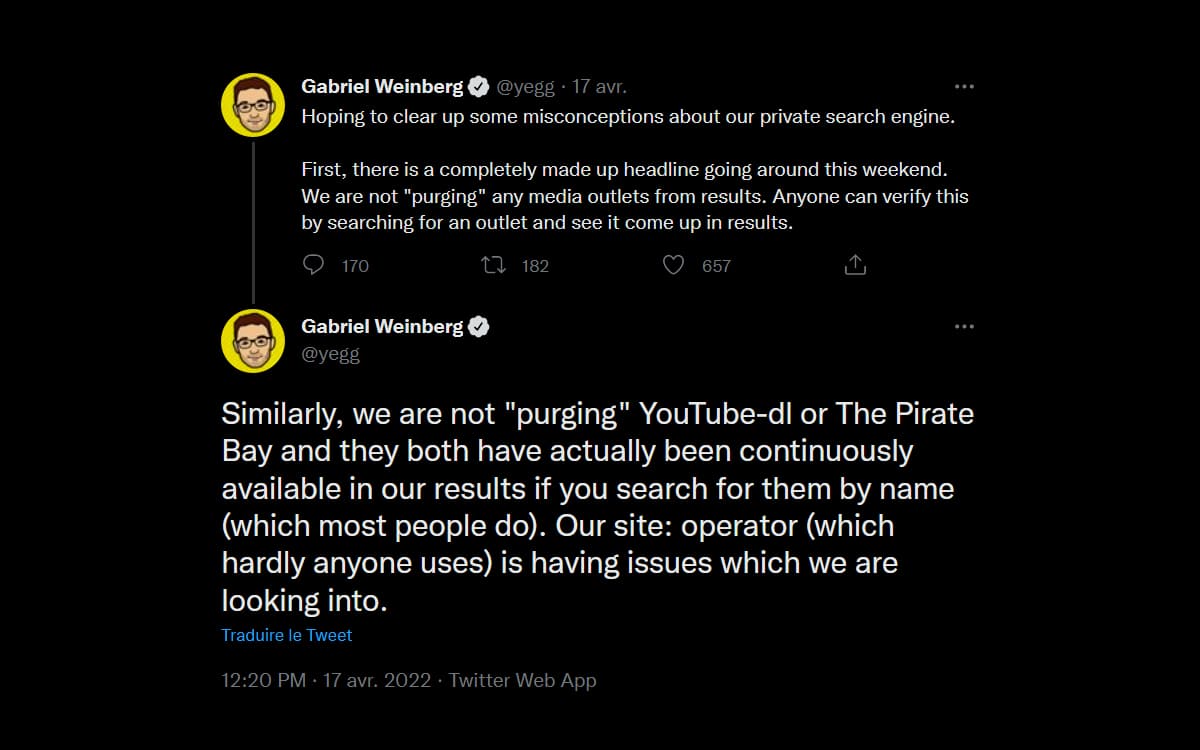 When is Hocus Pocus 2 (Return of the Witches 2) released?

Apple should launch 7 new Macs in 2022, here are all the models we expect