These new NAS are specifically aimed at home environments where we need a powerful but small NAS, as it is available in two versions: 2 hard drive bays (the TS-253E model) and 4 hard drive bays (the TS-253E model). -453E). These two new models are the successors to the popular TS-x51X series and the TS-251D. Thanks to the new hardware incorporated in this equipment, we will have a higher performance, since the main processor is more powerful than the models it replaces.

The two new NAS in this family have the Intel Celeron J6412 processor, it is Quad-Core at a speed of 2.0GHz but it goes up to a speed of 2.6GHz when higher performance is required, but only on one core. Thanks to this powerful processor, we will be able to virtualize complete operating systems, use dozens of Docker containers and much more. In addition, this new processor has both AES-NI hardware encryption accelerationas well hardware video transcoding. Today both features are essential in a NAS server, the first will allow us to use full data encryption in storage and continue to have great performance, in addition, we can also take advantage of it for network protocols with data encryption. In the second case, thanks to the incorporation of the Intel UHD Graphics graphics card that is integrated into the processor, we can perform transcoding with programs such as Plex Media Server or similar. 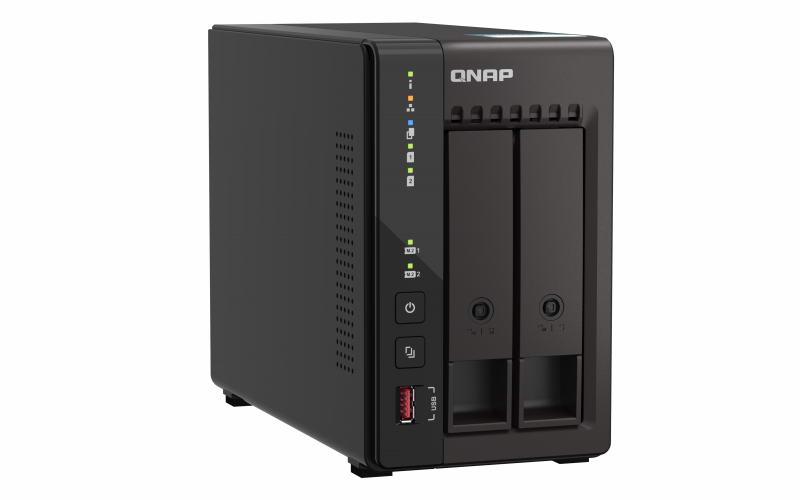 Refering to RAM of this NAS server, we have an 8GB DDR4 SO-DIMM RAM module on board, so it does not allow the expansion of RAM memory as it does in other similar models. It is appreciated that QNAP has gone a step further in terms of RAM, and that is that only the higher-end models have 8GB of RAM by default, they usually have only 4GB of RAM.

The storage of these two NAS consists of bays to accommodate 3.5 “or 2.5” hard drives and also 2.5 “SSD drives. The TS-253E model has 2 bays to house hard drives, while the TS-453E model has a total of 4 bays, so if you need more storage, this last model would be the one for you.

Another very important feature is that both models have M.2 slots for NVMe SSDs, specifically it has a total of two M.2 2280 PCIe Gen 3 x2 slots. These M.2 SSD slots will allow us to use it as an SSD cache, use it as a NAS storage pool, and even with Qtier for tiered storage. Thanks to these two M.2 slots, we will have greater versatility and higher performance overall in the NAS. 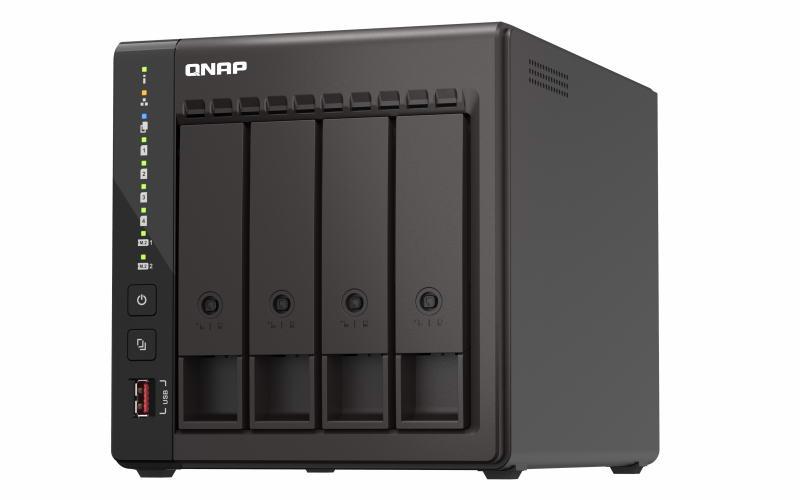 These new NAS servers from the manufacturer QNAP have the following connectivity:

As you can see, at the level of connectivity these two new models are really complete, what we like the most is the incorporation of the dual 2.5G port so as not to have any kind of bottleneck. 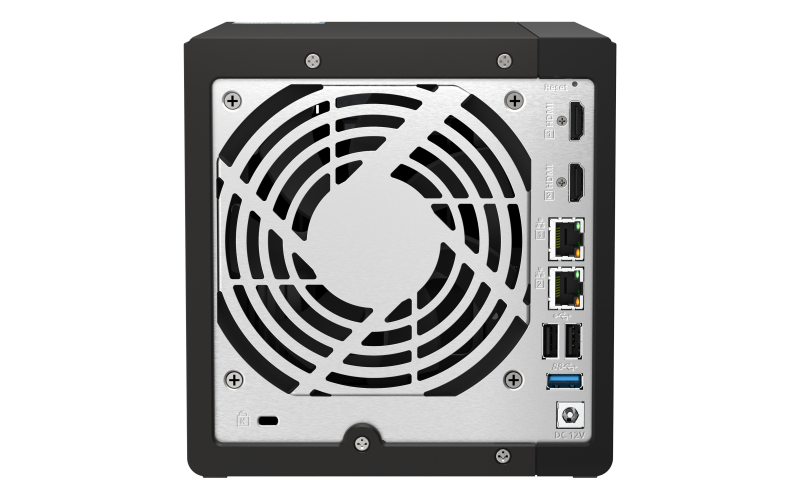 These new 2-bay and 4-bay NAS for hard drives are quite compact in size as they are geared towards home and small office environments. Next, you can see the dimensions and weight of the two models:

As you have seen, these new NAS are quite interesting for home environments, thanks to their small size and great power of the main processor, in addition, it has great versatility thanks to its M.2 SSD ports to greatly accelerate the overall performance of the NAS.

How much do good PLCs cost and what to consider

What will security in the Cloud be like in 2022? Discover it here

Be careful with these messages that will arrive at Christmas What to do if Dropbox doesn’t sync well and crashes