After a few months of silence, it has finally been Sony itself that has brought us new details about the PlayStation VR2its next-generation reality glasses that will accompany the PS5, with the publication of an official note in which some of the features and novelties of this device are advanced, as well as a first preview of its official design.

One of the first things that catches our attention is the new shape of this headset. And it is that as the company assures, the new PS VR2 headsets have been built to emulate a shape similar to that of their own controllers, adopting a more rounded front appearance and in the form of an “orb” to create greater harmony between everything. the set, with predominant circular lines which, according to the company, perfectly represent the 360-degree view that players feel when they enter the world of virtual reality. Although of course the new design of the PS VR2 headset It is also of course inspired by and focused on the look of the new generation of PS5 consoles and products. 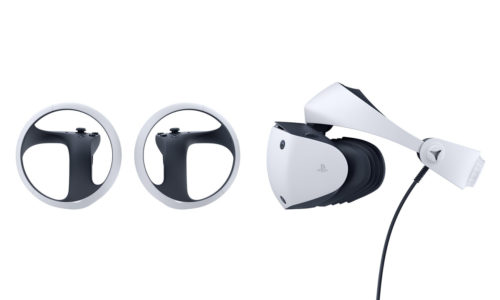 There are many new and exciting features to look forward to in the PS VR2 system, including a visual fidelity in 4K HDR and state-of-the-art graphical rendering, enhanced tracking, such as inside-out camera tracking, new PlayStation VR2 Sense Technology features, such as the feedback from the headset or the more intuitive PS VR2 Sense controller, which creates an incredibly deep sense of immersion. In addition, the PS VR2 system comes with a simple single cable setup so you can connect to your games right away.

The PlayStation VR2 headset also offers usability enhancements with a lens adjustment dial, so users have an additional option to match the distance of the lens between their eyes to optimize their vision; and to comfort, with a thinner and lighter device compared to its predecessor. «It was challenging to create a slimmer design with new features added to improve our first headset, but our design and engineering teams proved it was possible when we saw the final design.» assures the company in its official statement.

Although for the moment Sony has not wanted to share no specific date of availabilityhas already teased that PS VR2 dev kits are in the hands of game creators, so it wouldn’t be surprising if we soon see the arrival of this virtual reality being along with some exciting new titles.

Oppo Reno 8: design, technical sheet, we know everything about the smartphones that will be launched on May 23, 2022

Nvidia GeForce RTX 3070: where to buy the graphics card at the best price

Google is accused of manipulating you to track you