Fantasy Flight Games And Asmodee Italy they announced the updated base set de The Lord of the Rings: The Card Game, a new version of the base set of the classic LCG that “It increases its contents and introduces some improvements”.

A new core set for The Lord of the Rings: The Card Game

In this new core set, revised in graphics and translations, it will include three completely new types of cards: campaign cards, benefits and burdens. These are cards designed to introduce the new campaign mode to the game, where “Players will be able to play the scenarios of the base set in sequential order, and the results of each scenario will affect the outcome of the next one”.

If you already have everything that has been released so far for LCG set in Middle-earth, you will not have to repurchase the base set in question in order to play this new campaign. Fantasy Flight Games has in fact declared that the material included in the new set will be made available through a print-and-play, and will also make the new regulation available in PDF format.

We will also post the campaign rules and campaign log on the site, which means that anyone who owns a core set for this game, whether original or not, will be able to fully experience this new mode.

In addition, the new edition of the core set de The Lord of the Rings: The Card Game it will contain enough material to allow you to play at the table with four players.

And for the old edition? Asmodee Italia has already confirmed that it does not intend to recover the localization of the old products but, from now on, it will continue “Only with the adaptation of the updated version (which however includes many“ reprints ”). 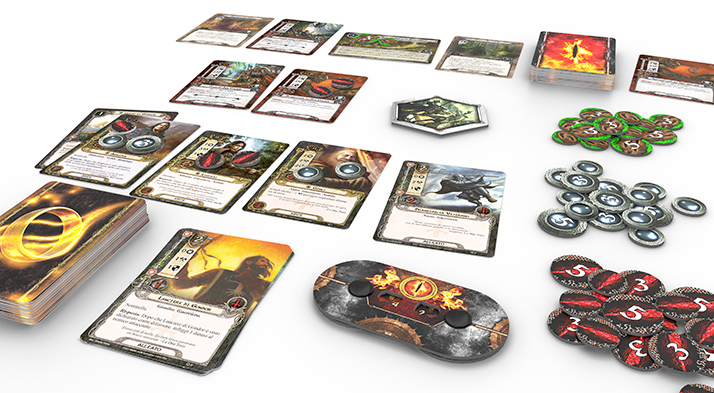 What do you think? Will you buy this new base set from the famous LCG of The Lord of the Rings? Let us know via a comment below!