After the recent expansion of its mid-range, it seems that relame wants to increase its commitment to accessible devices, with the presentation of the new realme C35 and C31, two new entry-level smartphones that stand out for their camera, typical of higher-end phones, and some specifications that make them the most powerful in their segment, of course, maintaining really cheap starting prices.

Starting with the realme C35, we find a simple device both in design and in features, with a large 6.6-inch screenan outer frame of right angles and a thickness of only 8.1 millimeters, making it the thinnest phone in its segment.

Inside, debuting with the company, we will have a Unisoc T616 processorwhich with a score of 230,726 points in the AnTuTu benchmarks, stands out as one of the most powerful devices in the entry-level range.

Thus, the great strength of this phone will reside in its photographic section, with a triple setup around a 50MP main sensor, typical of higher-end devices, with an aperture of f/1.8 that will make it easier to capture more details in photos and large images. Accompanying this camera, we will find an aperture sensor of f/2.8 in Black and White for photos in portrait mode, and a macro lens of up to 4 centimeters, with an aperture of f/2.4.

Although this phone will not fall short in another of the aspects most demanded by users: the battery. And it is that with a pile of nothing less than 5,000 mAhfrom realme they assure us that this smartphone will be able to reach up to 39 days of autonomy with a single charge (yes, using the energy saving mode). 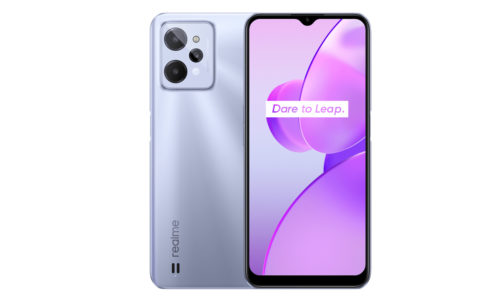 As for the realme C35, we will once again find a simple but elegant phone, with a 6.5-inch LCD screen with FullHD resolution (720 x 1600 pixels) and a slim design of 8.4 millimeters thick.

Turning to its components, it repeats the presence of a Unisoc processor, in this case the Unisoc T612, which although slightly below its brother, maintains a score of 224,233 in the AnTuTu benchmarks. Although we will continue to have a RAM of up to 4GB, seeing that its internal storage is limited to a maximum of 64GB.

Fortunately, this model maintains the 5,000 mAh battery present in this entire realme family, promising a maximum autonomy of up to 45 days on standby.

Both phones are already available in our country, with special launch prices (from April 4 to 15) through its official website and Amazon, which will vary according to the model and configuration as follows:

In addition to these, both phones will also be available at other regular distributors such as PcComponentes, among others.

This PC screen has a refresh rate of 500 Hz, a world first