Create our own private cloud, advantages and disadvantages

Today, converting a computer into a private cloud is a feasible mission. Usually in many homes, offices and companies it is very common for us to have broadband Internet connections of 300 Mbps and even higher speeds.

As for the elements that we are going to need are:

On some occasions, we already have that computer and the Internet connection is a fixed cost that we have to pay every month. At that time you may wonder about turning your computer into a private cloud. The only thing, you still need is to buy a higher capacity hard drive if you do not have the space you intend to store.

Now let’s talk about advantage that would involve doing it. One would be that we would have a greater storage capacity In which the limit is set by us depending on the hard drive that we want to put. We also have more configuration possibilities and flexibility. Another thing to keep in mind is that we can have greater security and control of our files if we do it right. What’s more, in the medium-long term we could have lower costs.

As for the drawbacks are that the starting price will be more expensive in the event that we have to buy all the hardware. Also a misconfiguration can cause serious security issues. When uploading files we can have bottlenecks depending on their size and our connection. Also, then there is the increased electricity bill, but that will also depend on how long we keep that computer on.

Next, we will see what hardware we will need and also what operating systems we can use to turn our computer into a private cloud.

Turn a computer into a private cloud

To turn our computer into a private cloud, the first thing we will need are some minimum hardware requirements. In addition, it is not the same to have a computer oriented to act as a private cloud where priority is given to the speed of the local network and storage, than to a gaming computer where the graphics card and the main processor are the most important.

We must also take into account the operating system to be used, normally we all use Windows 10, but there are operating systems specifically oriented to function as a NAS server and mount our private cloud easily and quickly, since they incorporate all the necessary services without need of us having to go installing one by one. These operating systems are usually based on Linux or Unix, but they have a really intuitive and very fast graphical user interface, ideal for any user.

The hardware to set up a private cloud is very important, but we will not need a very powerful processor or a next-generation graphics card. In a home environment or a small and medium office, it is enough to have an Intel or AMD processor that is quad-core or higher, it is not necessary more because we will not take advantage of it, regarding the RAM memory, it would be advisable to have 8GB RAM as a minimum to ensure the proper functioning of all services.

As for storage, it is best to have 2 or more large capacity hard drives, about 3TB at least, to later configure it as RAID1 or as ZFS Mirror and have all the information duplicated on both. In this way, if one of the two fails, all the information would be on the other hard drive and we could recover and access it.

Finally, the network card to use is also very important, normally all computers have a Gigabit Ethernet network card, but nowadays 2.5G Multigigabit networks are already being installed, so it would be ideal to have this type of cards that will provide us with great wired performance and will be able to squeeze the read and write speed of hard drives to the maximum. In summary, the hardware that we should have to mount a private cloud would be the following:

Operating systems and software to use

When we are going to create a private cloud, we are responsible for security. That operating system that we are going to use must be conveniently updated. For this reason, and that of our own security, in RedesZone we do not recommend using unsupported systems such as Windows XP or Windows 7. If you are going to use an operating system with Windows 10 or similar, the best option we can choose is create an FTP server where we have our files stored. Then we will use an FTP client, which is a program with which we can connect from our PC to the server to send and download files safely. Some examples of free FTP servers that we can use are:

We must also take into account other services for the Windows 10 operating system, such as data sharing via Samba through the local home network, or the incorporation of an SFTP server to make use of the SSH protocol and send and receive all files. encrypted and authenticated. It is an open source storage NAS distribution based on FreeBSD. The XigmaNAS operating system can be installed on virtually any hardware platform to share computer data storage over a computer network. XigmaNAS is a simple and fast way to create a centralized and easily accessible server for all types of data with all types of network protocols and from any network.

In addition, it supports sharing between Windows, Apple and UNIX systems. It also includes software RAID (0,1,5), disk encryption, and SMART reports. In this case it supports the following protocols: CIFS / SMB (Samba), Active Directory Domain Controller (Samba), FTP, NFS, TFTP, AFP and RSYNC, SSH with SFTP and many more advanced options to mount a true private cloud. If you want more information you can visit its official website.

This operating system is the successor to the popular FreeNAS, it is also based on FreeBSD and has the ZFS file system, one of the most advanced that exists and which also incorporates XigmaNAS. This operating system has a much better graphical user interface than the previous XigmaNAS, but it consumes more CPU and RAM resources. One of the features that we like the most about this operating system is that it incorporates a huge number of services such as Samba servers, AD, FTP, NFS, TFTP, AFP, Rsync, SSH, OpenVPN Server and also an OpenVPN client, and we can even install Add-on software like Plex Media Server easily and quickly via the add-on software repository. In this way, installing additional programs such as Plex or Nextcloud is really easy.

We can consider openmediavault as a next-generation network storage (NAS) solution that is based on Debian Linux. It should also be noted that it offers services like SSH, (S) FTP, SMB / CIFS, DAAP media server, RSync, BitTorrent client, and more. In addition, it has been designed to be used in small offices and at home, although it could be used in other places. We find a simple and easy-to-use solution that does not require a lot of cooking to install and manage our storage. As for other features that openmediavault has, we have IPv6 support, email notifications, file sharing and simple system updates through Debian package management. If you want more information you can get it by clicking on this link.

Synchronization of files and folders

All the previous operating systems make use of servers such as Samba, FTP or SFTP for the transfer on demand of the files and folders that we want. If we want to have files and folders synchronized automatically, as Dropbox, OneDrive or Google Drive does, we must install specific software to perform this task.

Although there are many solutions to synchronize files and folders automatically, there are two programs widely used around the world and which are the best, one of them is Nextcloud, which is a fork of OwnCloud, and the other is OwnCloud itself. keeps updating.

Another option that we can use to transform a computer into a private cloud is Nextcloud. Thus, we can share files safely, since we will use HTTPS. Another interesting question is that Nextcloud has a device called Nextcloud Box that works alongside one with Raspberry Pi. Nextcloud uses client / server architecture and can be installed on Linux operating systems. As for Nextcloud clients, it has Windows, Linux, Mac OS, in addition to having apps for Android and ios. For more information click here. We can install this software on almost any computer, because the developers have released VMware and VirtualBox images, therefore, if you use Windows you can make use of this software by virtualizing the NextCloud server, and in operating systems such as XigmaNAS, TrueNAS Core and OpenMediaVault you can install it natively without many problems.

Later, on client computers, smartphones and tablets, we must use the Nextcloud client to synchronize all files and folders correctly.

With ownCloud we can set up our own private cloud that can be adapted to both home and private users. As you have seen, setting up a private cloud with an old or current computer is really easy, depending on your needs and knowledge, you can choose one option or another. 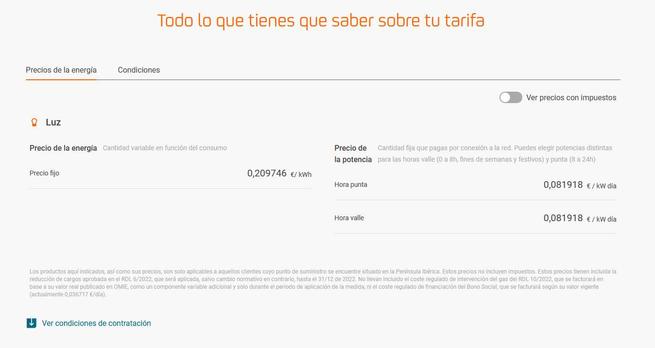 If you pay a lot on your electricity bill, take a look at this before changing companies