How could it be otherwise, Microsoft bets very strongly on the different versions of its operating system. This is something that is extended to the latest version of the software, Windows 11, a proposal that has received a lot of criticism but that does not stop growing in terms of use.

One of the main reasons that has caused the rejection of this new version of Windows, have been the requirements requested by the firm itself. In fact, these have sometimes left out certain recently launched computers, which their owners have not liked. The system has been with us for several weeks and little by little it is spreading and installing compatible equipment.

Microsoft does not recommend its forced installation as this could lead to certain operating problems. That is why a large part of its growth is due to those teams that have already received the possibility of updating.

More users than you think have installed Windows 11

At this time and after several weeks since Microsoft made the new Windows 11 available to compatible computers, we already know some market penetration data. It is possible that this information may surprise more than one, since the pace of installation of the new operating system seems to be not bad. And it is that based on the latest data published by the consultancy AdDuplex, at the moment the new Windows 11 is already touching 9% of the total market penetration of Windows.

It must be taken into consideration that this is an operating system that has not even been around for two months, so these figures could be considered positive. More if we take into account that Windows 10 is still in full swing and receiving their corresponding updates.

Videoconferencing programs and platforms and the like have not stopped growing in recent times. A clear example of all this can be found in the Microsoft project, Teams. But of course, in addition to all the functionality that these types of applications offer us, we must not neglect what is related to security and privacy. 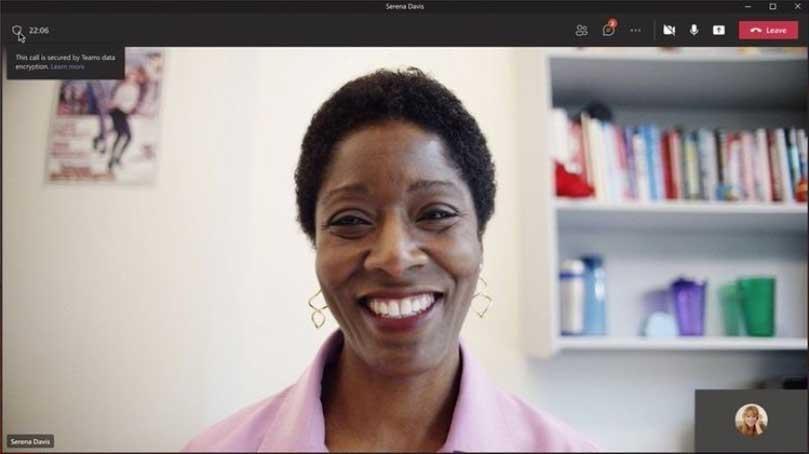 Well, since the beginning of the year they have been talking about the compatibility of the end-to-end encryption, also known as E2EE, with calls from Teams. At this time, the firm is beginning to deploy this security system in the application. Of course, at the moment it is only available in the preview versions. This is something that some are already getting through the latest app update.

Sometimes Microsoft is not as fast and efficient as we should or would like to fix certain vulnerabilities in your operating system. This is precisely what has now happened with the vulnerability CVE-2021-24084 Windows. This was discovered in October 2020 by researcher Abdelhamid Naceri. At the time he communicated it to Microsoft in October of last year, but to date it has not been solved.

That is why the 0Patch signature, of which we have already spoken to you on other occasions, has taken action on the matter. This security company has just released an unofficial patch that solves this vulnerability and that is completely free.

You have it installed, and more than 20 antiviruses detect it as a virus: delete this NOW

Fixes the security alert message when entering a website

Intel copied the design of the AMD CPUs, improved it and this is the result

How do you get an Xbox Series X or PlayStation 5 in China?