Today the news has come to the fore that they have managed to overclock a processor Intel Core i7-3770K above 7.09 GHz, a milestone that, although it places it “only” among the top 5 records, is still curious due to the fact that they are using a third-generation Intel Core processor that is already 9 years old. . Is it that professional overclockers think that modern CPUs have less potential and that is why they go back to using old processors?

Overclocked on old vs modern CPUs, has the potential been lost?

It is true that especially the AMD Bulldozer and Vishera architecture processors became famous for the great overclocking capacity they had, and proof of this is that the vast majority of overclock records (in terms of maximum registered speed) to date they are taken over by these generations of AMD processors. Of the top 20 to date, 17 are these AMD processors. 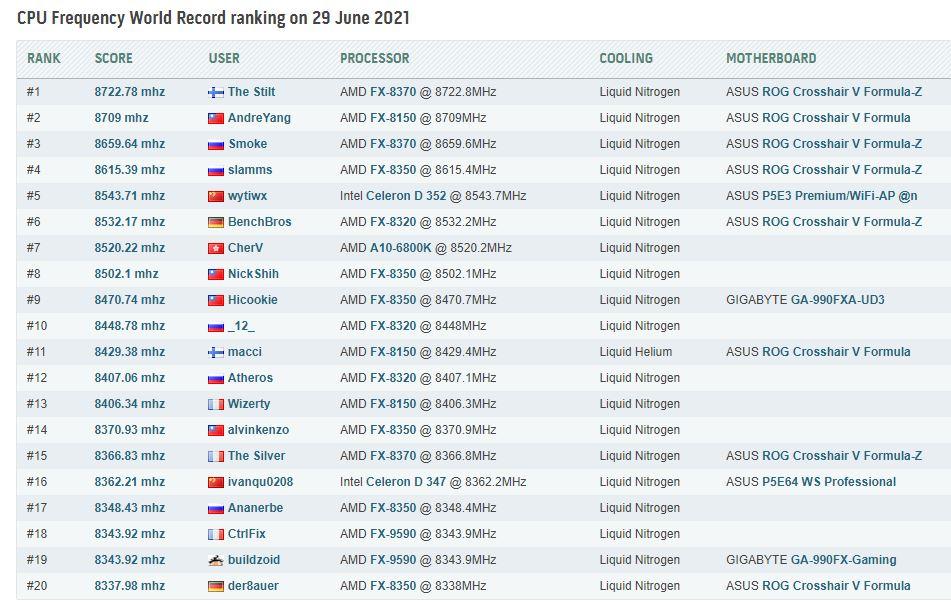 Nor can we forget the famous 2nd and 3rd generation Intel Core processors, highly appreciated even today for their enormous overclocking capacity with which even a novice user could gain several integers of performance simply by touching the multiplier, without even modifying the voltage, which is why until not long ago they were still used in gaming PCs.

Today’s record for the Intel Core i7-3700K processor is proof that professional overclockers continue to insist on using older CPUs to try and break overclocking records, and we can’t help but wonder why they aren’t. trying it with more modern processors that obviously deliver higher performance.

What about modern CPUs? 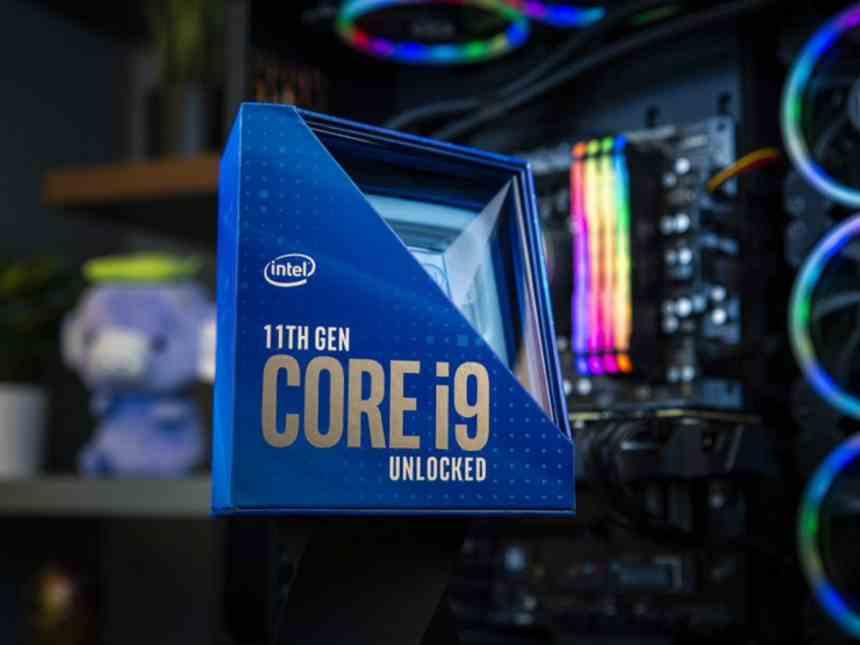 Most modern CPUs, and especially high-end ones, come with the multiplier unlocked to be able to easily overclock the CPU, and yet it seems that the potential to raise the operating frequency over previous generations has gone into overdrive. detriment and it is no longer so easy to get the system to be stable after raising its MHz a handful.

This has to do with lithography or the process node in which they have been manufactured. Older processors are built with older and larger processes, such as the Core i7-3770K in today’s news which has a lithography of 22nm versus 7nm for, for example, the current AMD Ryzen 5000 processors. A Smaller lithography implies a higher density of transistors, which allows better performance because there are more of these microscopic devices working on the same surface, but it also has some adverse effects such as the fact that a higher density of heat is also generated.

It must be recognized that in recent times modern CPUs work at higher factory frequencies than the oldest. For example, a 2nd generation Intel Core i7-2600K had a maximum turbo frequency of just 3.8 GHz, while a Core i9-10900K reached a maximum of 5.3 GHz without the user having to overclock.

Considering that current Overclocking records don’t hit 9 GHz yet, this leaves a much smaller margin on modern CPUs than on older ones; for example, uploading a 2600K to 5 GHz involved raising its frequency by 1.2 GHz, while the 10900K already exceeds that frequency from the factory. This means that modern processors may indeed have lower overclocking potential than previous generations, but they also run at a higher factory frequency and with lithography. more efficient which translates into much better performance per watt consumed, which is why overclocking is not “necessary” to squeeze your performance.