The first thing we will see is the equipment that may be causing this poor Wi-Fi performance. We will also see individually those causes why those computers do not perform as they should and the Wi-Fi loses range. Then we will offer a series of solutions to solve this problem.

What items should we check when Wi-Fi loses range

A wireless connection can lose coverage over time. We should not focus on a single element because two elements participate in communication. One is the sender and the other is the receiver, the moment one of the two fails, we are going to have problems.

Therefore, the following equipment should be checked to find out if the Wi-Fi loses range:

We have already seen the equipment that may be causing a failure. Generally, when a failure occurs in which we notice that the Wi-Fi network loses range it has to do with:

Next, we will see how these causes affect the different elements that we talked about at the beginning.

A bad location of the router or small changes that we make can affect the Wi-Fi losing range. Therefore, the ideal would be to place our router in a central place in our house so that the Wi-Fi signal can be distributed equally and can reach well everywhere. Another thing to take into account is its placement, it must be placed at mid-height and preferably in a wooden cabinet. A very important aspect is that it should not be put in a drawer and always free of obstacles around you, because otherwise, the Wi-Fi loses range.

The other big problem we can face is electromagnetic interference. Thus, we must avoid having devices such as:

It is very important to correctly locate the router, so as not to have problems in the short or long term, so before installing it in the final location, make sure that it is the correct place.

Another problem for which a Wi-Fi network loses range has hardware relationship of the router. On some occasions, we see that little by little we are losing coverage, to such an extent that we are only able to connect to Wi-Fi when we are close to the router. On many occasions it usually tells us that we have a router fault. If so, in most cases we will have to replace the router with a new one.

Also related to this, another situation that may arise is that the hardware of our router is insufficient for our needs. This is because more and more computers are connected to the Internet and the router cannot handle the workload. Thus, problems of this type arise when we use P2P programs, download large files, online games and watch streaming videos. We are forcing the Wi-Fi part of the router to offer a bandwidth and number of connections that it cannot offer us. At first, this situation may cost a little more to detect since it will only occur on specific occasions with several devices connected at the same time. What will happen as in the previous case is that it will be his replacement.

At other times the problem will be derived from problems with the interference with neighboring networks. In these cases, the solution may come from a Wi-Fi channel change. Here we would have to see if it supports automatic channel selection and if we see that it does not work well at all, proceed to change the channel manually. One of the programs that we could use in Windows to carry out this task would be Acrylic WiFi. Then we would have to choose the channel farthest possible from the two or three Wi-Fi networks that we have closest to.

Another thing that we must also check is that we do not have intruders in our Wi-Fi network. Entering the router through the web we usually have a section in which you can see the devices that are connected at that time. In case of detecting that an intruder is using our connection we must: Also another very important aspect is have the firmware updated. In this way we avoid security gaps and obtain the improvements that the manufacturer has implemented in our router.

The band choice it may be the cause of Wi-Fi losing range. If we are far from the router, generally, what we should use is 2.4GHz because we gain range, but in return we lose speed and stability due to interference from neighboring networks. On the other hand, with the 5GHz band we gain more speed, but it supports distance worse. If we notice that being close to the router we do not have the speed that it should, perhaps it is because we are in the 2.4GHz band.

The causes in which the Wi-Fi loses range or speed are very similar to those that we face with the router. In that sense, the state of that access point in relation to its hardware, and the interferences with neighboring wireless networks that we already explained before, also affect them a lot.

Another very important factor is the location of that access point or WiFi repeater. It must be placed at a medium distance between the router and the area where we have low or no Wi-Fi coverage. The reason is that, if we leave it near the area where we have poor coverage, the signal it will receive will not be very good, and we will have almost no improvement. Also, as in the case of the router, it must be placed in an open space and as far away as possible from other electronic devices that may cause interference. It should also be checked that both router and access point support the same standard and speed. For example, that both are Wi-Fi AC1200, if not, although they would not lose range, it would not take advantage of all the available bandwidth. Finally, it is always advisable to buy a simultaneous dual-band WiFi repeater, in order to provide the best possible coverage and speed.

Check PCs, smartphones and other devices

In a computer we must find that it has the Updated operating system with the latest updates in place. Also the cause that the Wi-Fi loses range may be due to the fact that the drivers of the Wi-Fi adapter of our computer are outdated so we would proceed to update them. Nor should we rule out that we had some kind of malware or harmful software that was slowing down our team. For this reason, our computer must have an antivirus, and if possible, antimalware software such as Malwarebytes.

In addition to checking that the router and the WiFi repeater work correctly, are properly configured and we have them in a good location, it is also essential to perform speed tests on the end devices, that is, on the computers and smartphones that we have.

The WiFi coverage can be found directly in the WiFi coverage icon of our smartphone, the greater the coverage we have, the higher the speed we will obtain in the local network and on the Internet. One way to find out if the Wi-Fi loses range or speed is by running a speed test in different parts of the house. This is an example of the results we have obtained with our wireless connection:

In this case, seeing the speed achieved, it could guide us if we have problems and also help us choose the best location for a WiFi access point. Other cause could also be our internet provider, that is not offering us all the bandwidth contracted due to a breakdown or bad installation. The best thing in these cases is to check it with a computer by network cable, since they are the ones that best reach the full potential of the connection.

On Android we could do it with this app from the Play Store, although you could also perform a speed test directly from your smartphone’s browser: 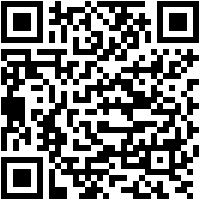 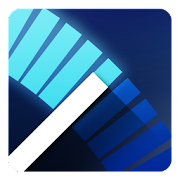 As for smartphones, tablets must also have the latest security patches and updates on. Finally, we must not forget to update the firmware of our network equipment such as PLCs, smart plugs and other home automation devices.

This is how home lighting sensors help you save

If you use LinkedIn you could be in danger, so they can attack you