The first thing we are going to see is what is the cause that prevents us from obtaining the maximum speed through Wi-Fi to be able to perform all our tasks. Then we will see how certain router configurations, a new router, Wi-Fi cards and other additional network equipment can improve the situation and achieve more wireless speed.

The causes that we cannot fully enjoy our wireless connection can be several. They are generally related to one of these factors:

By complying with one of the above aspects, we are going to have serious wireless speed problems and it will be reflected in the user experience. In this sense, the problem may be in one or more of the reasons mentioned above.

The router as the cause of the problem

Our first starting point should be know the technical specifications of the router. In this regard, it is not the same that the router complies with the 802.11n, 802.11.ac or 802.11ax standard. In the event that our router supports the standard 802.11n or WiFi 4 that means that we could obtain an approximate maximum speed of about 80 Mbps in the 2.4GHz band. This would be the case if we had an ADSL router or one of the first fiber optic routers.

Then we would have the standard 802.11.ac or WiFi 5, a clearly faster standard than WiFi 4, in addition, it uses the 5GHz band which is much less saturated than the 2.4GHz band. Here the speed was substantially improved and obtaining a speed between 300 Mbps and 600 Mbps is a real possibility, even higher if the router is of quality and the WiFi clients are located in a relatively close position to the router.

Currently, we already have Wi-Fi 6 routers with the regulations 802.11.ax, where speeds close to 1 Gbps or higher are already possible. However, the one that promises great innovation and change will be the Wi-Fi 6E, which will add the 6 GHz band and with which even higher speeds will be obtained.

Once we know the maximum Wi-Fi speed that our router supports, if it does not offer it we have to start looking for the causes. Among the most probable we have:

We must also take into account the router hardwareIs it the operator’s router or is it a router bought by us from a good brand? Generally, the routers of the operators have limited hardware and firmware that does not meet minimum standards, so we will have very low speed, poor coverage in our home and even WiFi connection cuts.

Another very common cause of low wireless speed when connecting to a router via WiFi is the WiFi wireless network card itself. In this case, it is possible that our network card is not up to par so that we can enjoy the maximum speed over Wi-Fi. In that case, the problem would be centered on the standard that our wireless adapters support, on the model of the WiFi card and also on the drivers that we have installed on our computer. If it is a laptop or desktop computer, in both cases we could solve the problem by changing the WiFi network card if it is already very old and uses standards that are not capable of providing higher speed. The solution would be to replace that Wi-Fi card with a new USB, PCI Express or Mini PCI Express. Here the question is to find a wireless card that supports the same Wi-Fi standard as the router or higher, to be prepared for the future. A highly recommended WiFi card is the Intel AX200, currently we have it available in laptops and also in many models of PCIe WiFi network cards.

As for smartphones, tablets, Android TV devices and others that have the Wi-Fi card soldered, it will make it impossible for us to do anything in these cases, except buy a new smartphone or tablet.

If we have multiple devices simultaneously connected to the WiFi wireless network, the wireless network could be somewhat collapsed and for this reason we will not get more WiFi speed in our device. With each client that we connect, even if they are not transferring data, the wireless network will slow down. In addition, we must bear in mind that “slow” devices, that is, WiFi cards with an antenna or wireless clients that are very far from the WiFi router or access point, harm faster clients (those that have a WiFi card with two or more antennas or that are close to the router). A very important option that you must enable, as long as the router supports it, is the option «Airtime Fairness“In this way, each wireless client will be given a ‘slice’ of time to be able to transmit at the highest possible speed, ensuring that slow clients do not harm faster ones.

It is possible that the culprit for a poor speed through the WiFi network is related to the additional devices that we have purchased. For example, we must bear in mind that normal WiFi repeaters are capable of expanding the wireless signal, but the real speed that we will obtain will be around 50% for each jump we make from the wireless client to the main router. This is completely normal, and for this reason, there are nowadays simultaneous dual-band WiFi repeaters and even simultaneous triple-band WiFi repeaters, with the aim of achieving the maximum possible speed in the wireless connection.

It may also be that in certain places we are satisfied with our connection speed and in others we are not. This can be due to two causes:

In short, if we use WiFi repeaters we must make sure that they are double or triple band, in addition, it is advisable to buy a WiFi Mesh system with a dedicated frequency band to avoid having a bottleneck in the interconnection network, in this way, we can achieve the better wireless speeds.

One of the things we must know is the Internet speed that we have contracted. As much as we have a router and a state-of-the-art laptop, we will not be able to squeeze them to the fullest if we do not have the appropriate speed contracted. For example, if we have a 100 Mb fiber optic connection, even if we use the aforementioned devices, we will not be able to obtain the maximum speed through Wi-Fi. That does not mean that a 100 Mb connection for one or two people can be enough. Also a 300 Mb connection for three or four people could be enough in most cases, and thus you make sure that you do not fall short.

Another cause of problems may be network saturation. This occurs especially when using P2P programs, when downloading large files, and when viewing high-quality multimedia content. At those times, those who suffer from it will experience an Internet connection much slower than usual. The problem will be greater or lesser depending on the number of connected users, the contracted speed and the tasks they are doing. For this reason, depending on the situation at certain times that more family members are connected, it can be seen that the Internet is much fairer.

The easiest way to do it in Windows would be to run a speed test using our Internet browser. Then we will get results like these:

Here we see both the maximum speed for Wi-Fi download, upload and ping. Also in an Android browser you could do the same:

However, if we want to check the maximum speed over WiFi without depending on an Internet connection, you must install a client-server program such as Jperf based on Java and iperf2 on your computers, or directly download iperf3 and configure the server on the wired network from the LAN, and the client on the WiFi network, to perform a speed test at the local area network level, and not depend on our Internet connection speed. These tests are recommended performed with iperf3 if our WiFi connection is faster than the Internet connection. 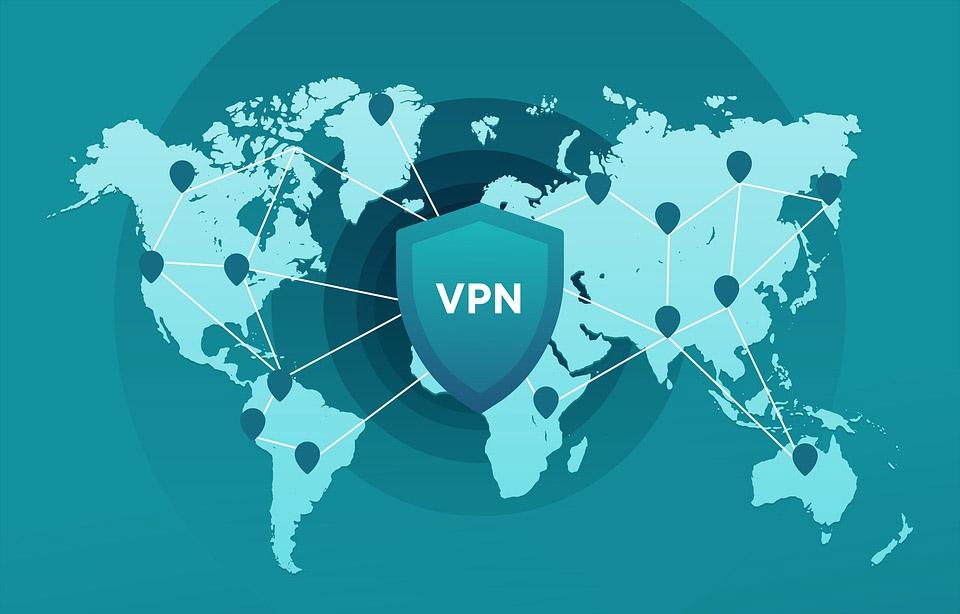 What is user authentication and how to improve its security 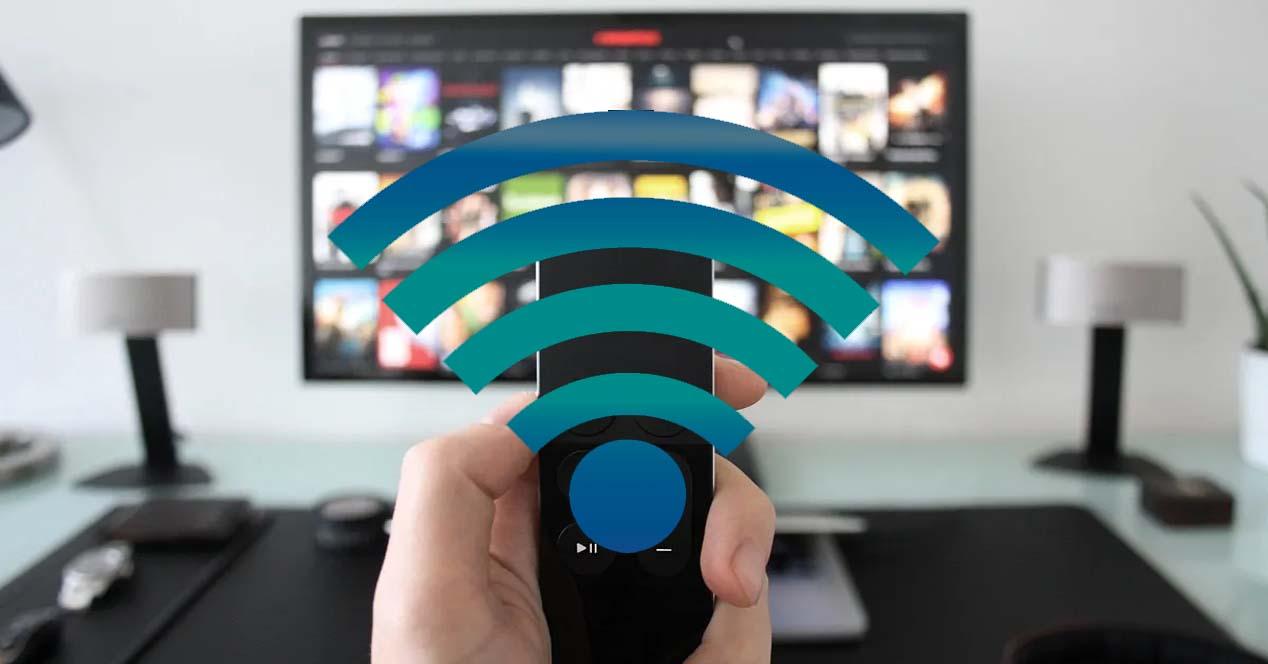 These devices are always going to be worse over WiFi, find out what they are