Before we start, it should be noted that there is no defined standard when it comes to router LEDs. Each manufacturer establishes its own criteria regarding the flashing or not of the lights and their colors. However, they are easy and intuitive when it comes to their interpretation, having some basic notions.

The passage of time has also affected the indicators of our home routers. We have roughly always had the same number which has generally varied between five or eight. The moment the router blinks or has an LED on or not, it is transmitting information to us. If you look at the first ADSL routers they had the following indicators:

A typical example from this era could be the Zyxel 660 HW-D1.

However, the situation has changed quite a bit in recent years. Although we have approximately the same number of LEDs, due to the appearance of new technologies the way of display has changed. In that sense, for example, having a single LED for all LAN ports can be a solution. Thus, the user is not so saturated with so much information.

Therefore, a good starting point to start is to get closer to our home router. So if we look at that LED, usually has an icon or a name that describes it. For example, Wi-Fi is named as WLAN or energy as “Power.”

How to interpret router LEDs

One of the ways in which we can obtain information about the status of our router is by looking at the color of the LEDs. They generally use two colors:

Another thing we have to observe is whether the router blinks or not. In most cases it has to do with whether or not there is traffic on our local network or Wi-Fi. Thus we can establish that:

This is valid when the router is flashing, as they sometimes have solid LEDs. When the LED lights are fixed, there may or may not be traffic on our network. Some manufacturers leave them fixed because we have more and more devices connected and they would be intermittent almost all the time. 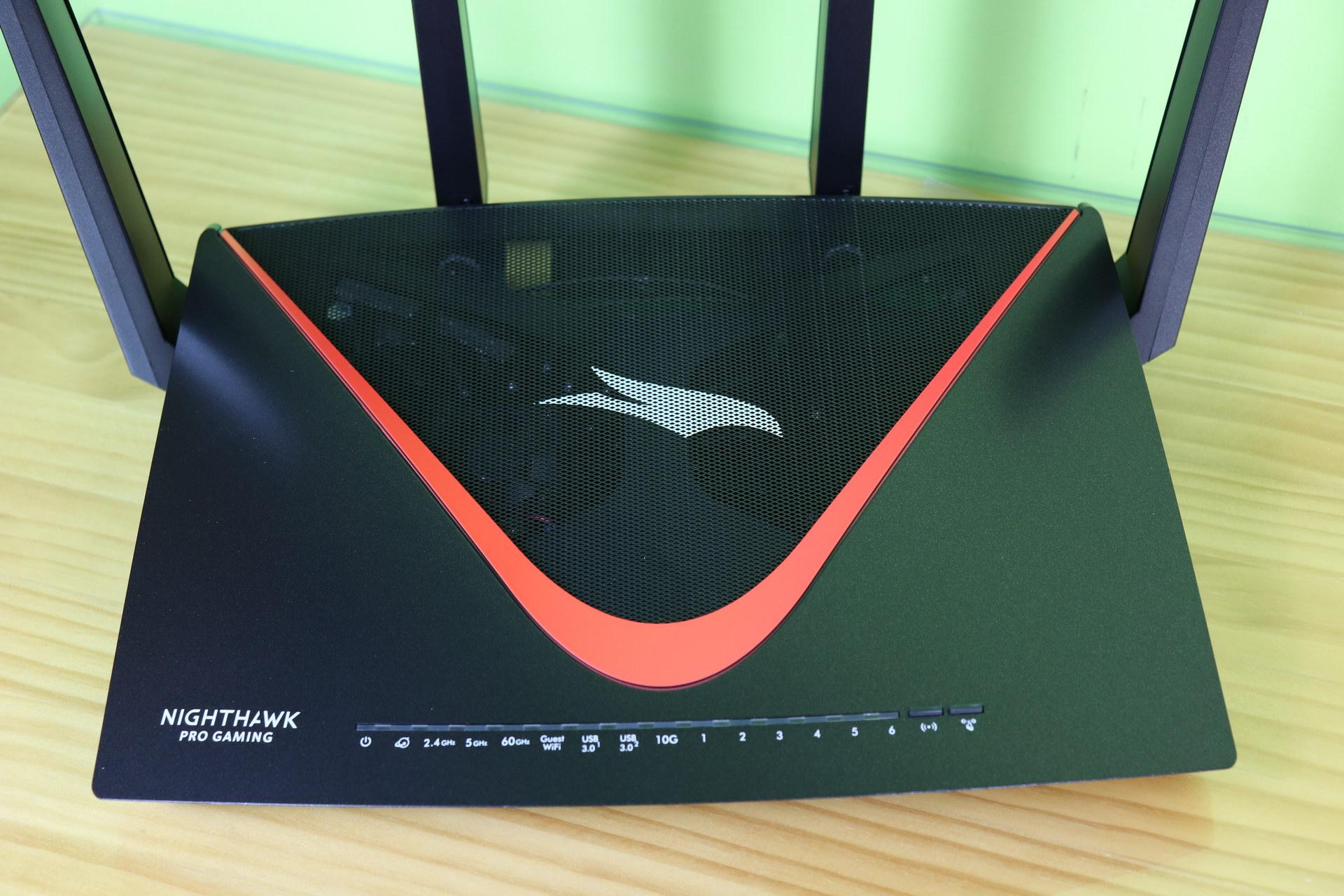 As for the LED lights that we usually find in our router, and that can give us information, we have:

Now, if the router blinks or has LEDs of a certain color, you can know how to interpret what it means. Also a very advisable thing that can help the interpretation of the LEDs, is the download of the router manual.

Configuration and management of the LEDs of a router

This option is generally not seen in the routers that Internet providers usually use. Those that offer it are usually manufacturers specialized in network equipment that have more developed firmware in their routers. Thus, in addition to the configuration of the LEDs, they usually have a Wi-Fi time programmer, a section for home automation, another for the Mesh network and more. In short, they offer many more possibilities apart from higher technical specifications. Here we are going to take the FRITZ! Box 7530 router as an example: 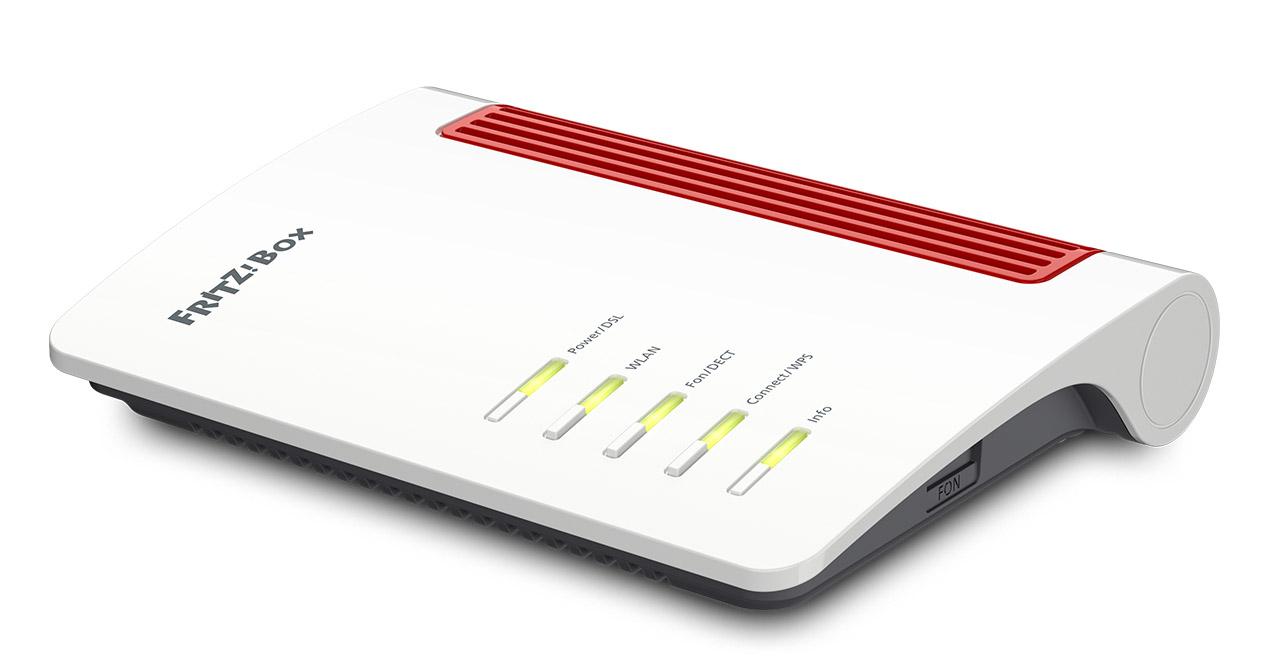 One of the peculiarities that this router has, besides that we can manage and configure its LEDs, is that we can allocate the LED that says «Info»For the task we assign you. To do this, we have to enter the router configuration, go to «System, Buttons and Indicators»And choose Led «Info». 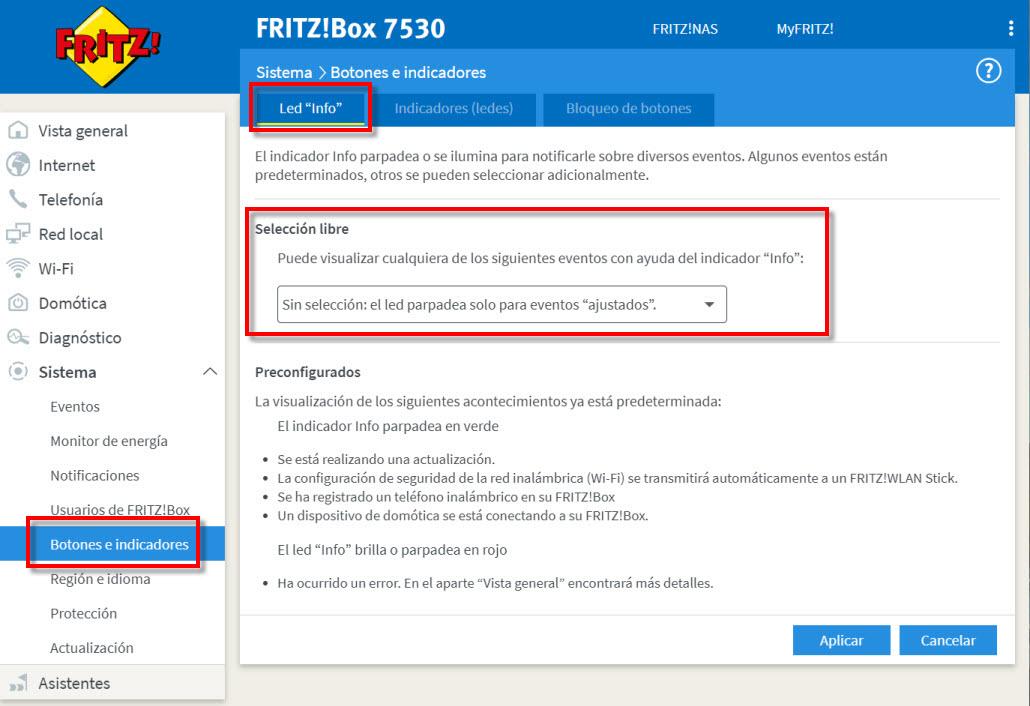 These are the options that would allow us to choose for the LED Info: 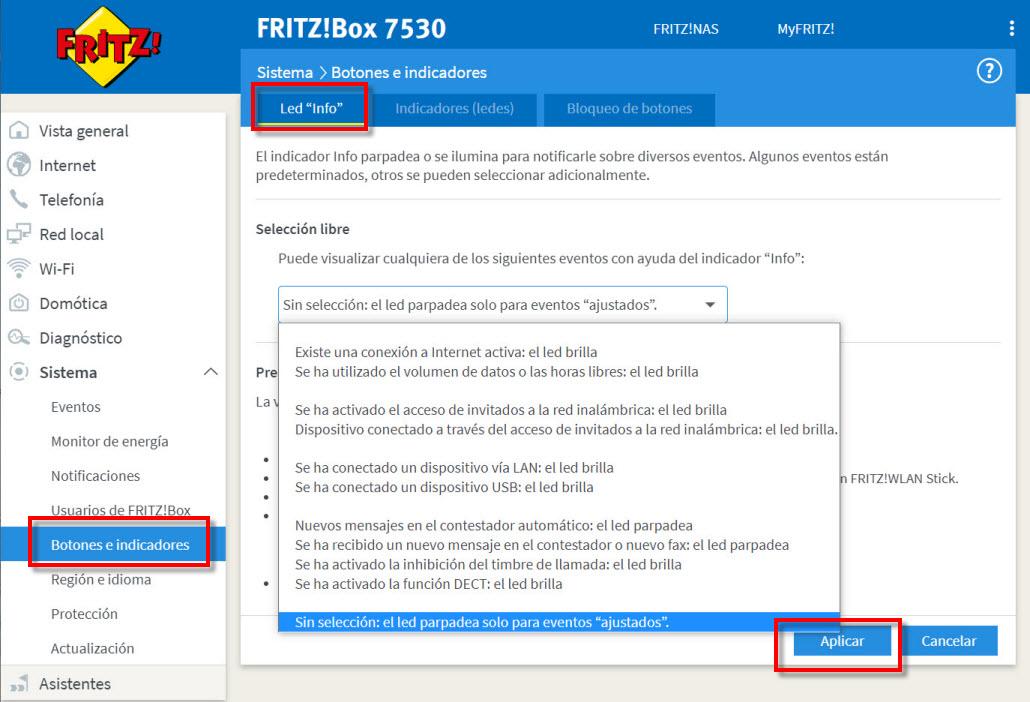 As you can see, it is very varied, we could use it to know if we have an active Internet connection, a USB device connected, or if we have a message on the answering machine. On the other hand, if we go to the section Indicators (LEDs) we can manage and configure your behavior. 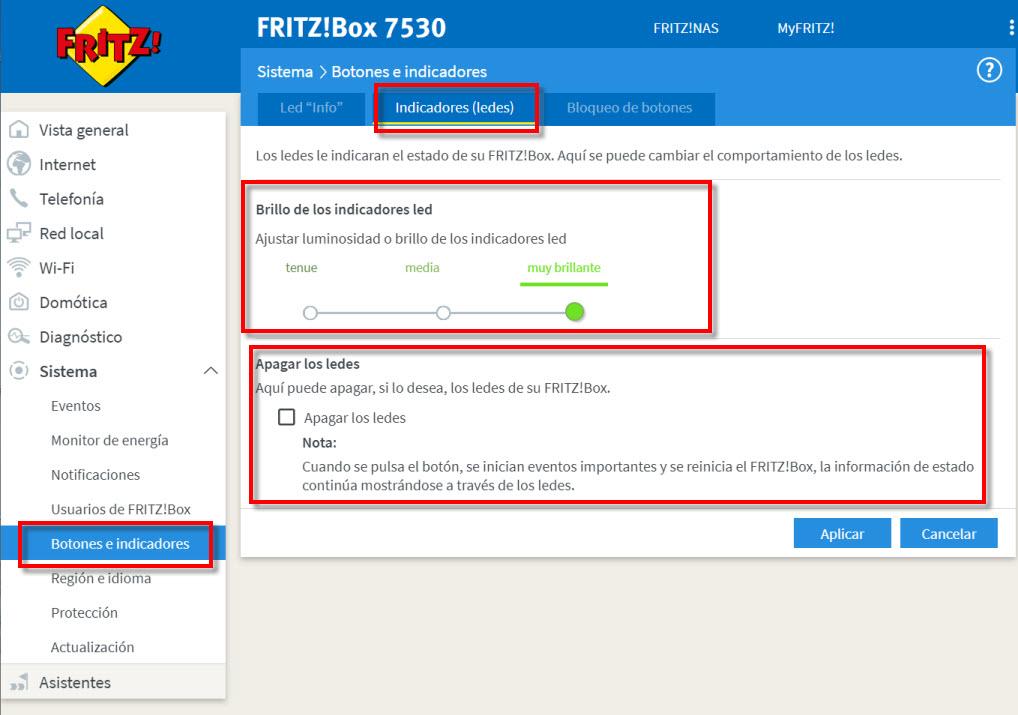 Thus, for example, we can control the brightness of the LED indicators. For example, if you have the router nearby and the intensity of the light bothers you, you can adjust it to your liking. Also, it may happen that you have the router in a room and the LED light may bother you at bedtime. For this situation or that you simply don’t want to see any of them lit, you can turn off all the LEDs.

As you have seen, thanks to the LEDs of a router we will be able to know in a general way what is happening in the local network and also in the Internet connection. If you use a router purchased that is not from the operator, it is very possible that you can manage the on and off of the LEDs, and even customize them so that they show us different states.

Prevent the Internet from continuously disconnecting when Tethering

Learn how to fix the Resolving Host error on Windows

Meet the QNAP QSW-M2116P-2T2S switch, it is manageable and Multigigabit