Little known among home users, Windows PowerToys over the years they have managed to get a small but loyal legion of fans to incorporate them into their daily routine, thus improving their productivity and the way in which Windows performs many tasks that may seem basic to us.

Introduced by Microsoft as a little less than a “game” in Windows 95, these little utilities have accompanied the various releases of Redmond until the introduction of Windows 10, when they disappeared completely. In 2019 however, an agreement between Microsoft and Jane Systems brought them back. In this report we review the history of PowerToys, we tell you how many there are and how you can incorporate them into your daily routine.

As we have mentioned, Microsoft introduced its Windows PowerToys in 1995. For free download, in this first original package, we found a set of 15 small utilities that, among other things, allowed to modify some aspects of the operation of the operating system, so its use in “Inexperienced” hands could be problematic.

For the most part, however, we are talking about utilities that made it easier to perform tasks that would otherwise have forced the user to edit the Windows registry or go through different advanced menus. In that first PowerToys offer we found utilities such as the following:

As new versions of Windows were published, different PowerToys appeared or disappeared, since some functionalities were incorporated into the system natively or were no longer necessary.

How do I install the Windows PowerToys in Windows 10?

Until its return to Windows 10, each PowerToy was offered as a separate executable that we could download for free from the Microsoft website.

In Windows 10 however, Microsoft has changed the way we can access these utilities. All the PowerToys that we can work with in this OS are available as part of a package that we can download from one of Microsoft’s GitHub repositories.

Also, if we are advanced users, we can also install them through Microsoft’s new package installer, by typing the following on the command line or in PowerShell: “Winget install Microsoft.PowerToys –source winget”

For other alternative ways to install the PowerToys, we recommend that you visit the following link.

Once installed, we will discover that we have the following utilities at our disposal:

What can PowerToys do in Windows 10?

Below we briefly describe what we will be able to do with each of the utilities that are included in this package.

FancyZones: FancyZones allows us to manage the way in which we order the windows on the desktop, being able to choose between different templates. The idea has been incorporated natively to Windows 11, presenting itself in this sense as one of its main novelties.

Windows key Shortcut Guide: Lovers of keyboard shortcuts have a great ally in this PowerToy. This small utility shows all the shortcuts available for the desktop screen in which we are at all times, being able to activate this visual aid whenever we need it.

PowerRename: It offers users an advanced tool with which to rename a large number of files easily and at the same time. The tool is integrated into the contextual menu of the mouse and offers us advanced possibilities such as filtering by file type or making exclusion lists.

Image Resizer: It allows us to change the size of one or more images in a simple way, from the contextual menu itself and without the need to use any additional program.

Windows Walker: The simplest PowerToy of all, it allows us to change the combination of keys Alt + Tab by CRTL + Windows to introduce a search box, limiting itself in this case to the applications and screens open on the desktop.

PowerToys Run: It is another extension of the ALT-Tab concept and takes advantage of the Windows 10 file indexing system, to then serve as a quick application launcher similar to the one found in MacOS.

Keyboard Manager: This utility allows us to easily remap our keyboard, which can be very interesting if we are using a different keyboard than our language. It also allows us to record shortcuts. 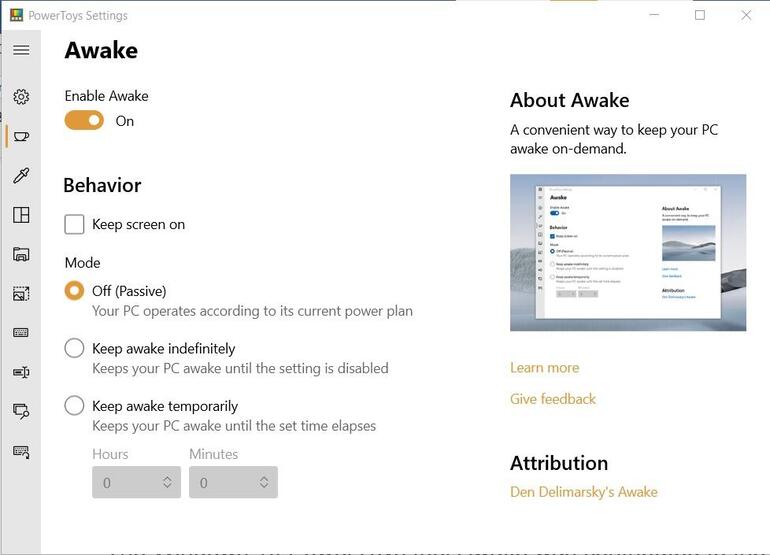 Color Picker: This utility allows you to identify any color on the screen by its HEX or RGB code and then save that information to the Windows 10 clipboard for later use in another application.

Awake: Similar to projects like “Caffeine”, Awake keeps our computer awake for as long as we want, preventing it from automatically going to sleep or hibernation when we are not using it.

Mouse Utilities: Mouse Utilities will in the future be a collection of features that enhance mouse and cursor functionality in Windows. Currently, the project only contains the “Find My Mouse” accessibility feature, which allows you to instantly locate the cursor on the screen.

The entry Windows 10 PowerToys: almost everything you need to know appears first in MuyComputerPRO.

SMEs with WooCommerce will be able to include digital payments, through open banking

This electric motorcycle turns into a suitcase to store under the desk!