Be successful publishing content on Youtube It is an aspiration that more and more people have, however, it is important to have our feet on the ground, since the vast majority of content creators do not manage to have a real impact, and seeing that the offer (number of creators) is increasingly saturated, standing out is more complicated and may require a lot of perseverance.

Opening a YouTube or Twitch channel is easy, but then there is the content creation part, which covers both the idea at the thematic level and the necessary tools. Reaching people is not easy, and what is worse, there is no magic formula that guarantees success.. It is likely that the author, based on glibness and charisma, will become her own subject to make content, while other people will prefer to focus on certain aspects or specific sectors and not on themselves.

But if you start from scratch, especially if you have little or no knowledge to create videos, it is important not to have illusions and be realistic. Every path begins with the first step, but standing out is not easy and, to top it off, it is not a journey governed by meritocracy. A stroke of luck can help a channel take off, even without deserving it if we go by the quality of its content. Yes, the world is unfair. What can we do.

Having a clear idea of ​​what you want to give to the public is possibly the first step to being a video creator.. But once that initial idea is clarified, what software tools are necessary to make the videos? Do not worry, now we will mention some accounts published as free software to get you started in this world.

We start with an industry classic: OBS Studio. This software does not need any introduction at this point, since it is about one of the giants of content in video format, both for recording and transmission.

This is an application that has proven its worth more than enough in the professional field. Although its interface can be scary, the reality is that using it in a basic way is simple, although it is also necessary to have some prior knowledge about resolution, colors, image quality, and audio quality.

When starting it for the first time, we recommend having all the devices that are going to be used connected in order to have an initial configuration that is closer to the one that will later be used in production.

Possibly the most popular non-linear video editor among Linux users and those released as free software. A member of the KDE project, it stands out from many of its rivals for having a smoother learning curve while still able to provide enough features for low-profile professional projects.

In other words, if you don’t know how to edit videos, Kdenlive is a great starting point. KDE has extreme versatility and customization in its spirit, two virtues that are transferred to the application to make it easier to use.

A user can end up creating simple videos based on trial and error, but if you don’t feel like giving so many blind shots, you have our basic kdenlive tutorialwhere we expose how the most elementary parts are used (covering all the features would give a thick encyclopedia). 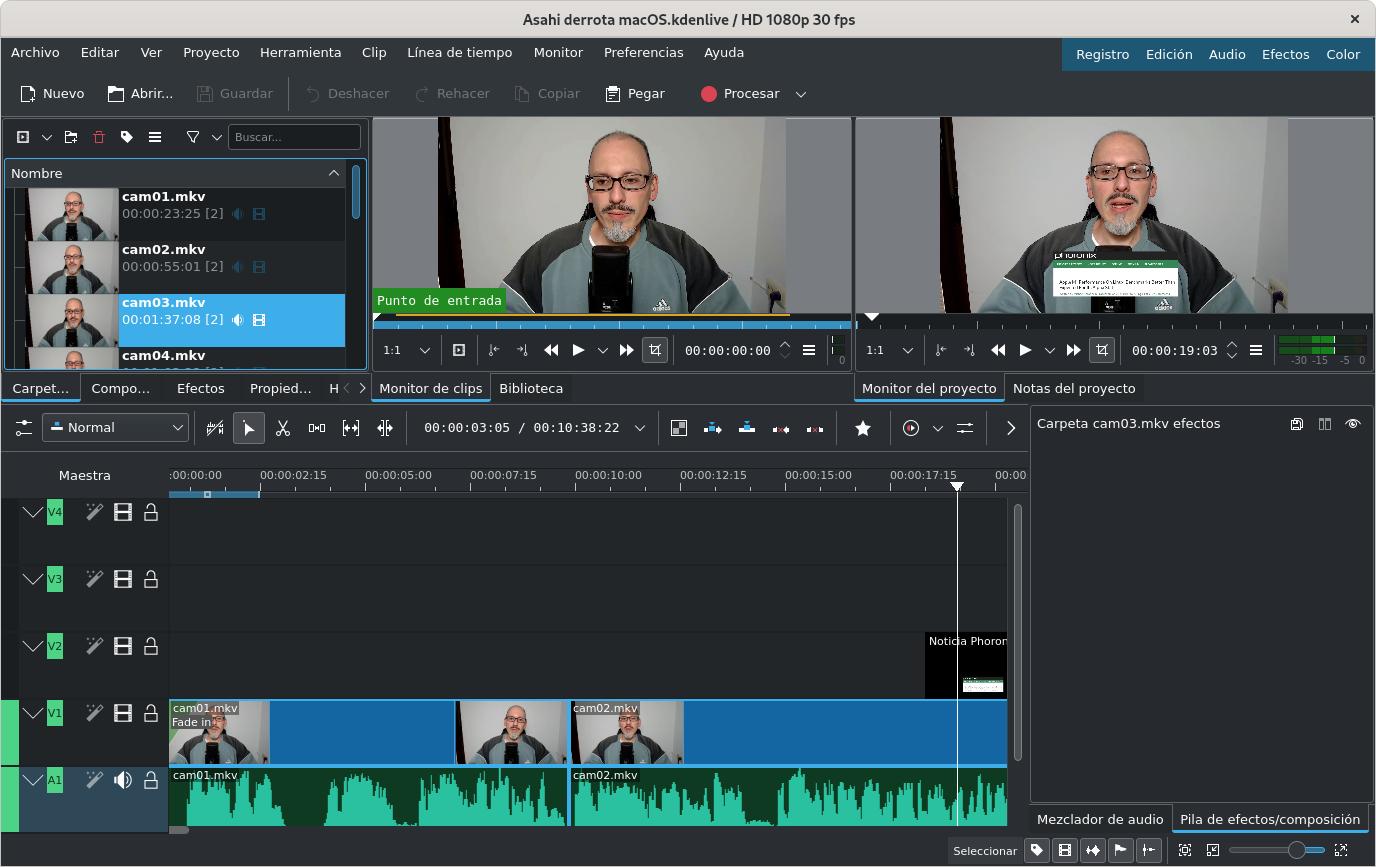 Another exponent of free video editing, in this case with more consistent support across Windows, Linux, and macOS.

Shotcut is a video editor with professional aspirations that counts among its characteristics with “detailed media properties, recent files with search, playlist with thumbnail view, filter panel, history view, encoding panel, job queue and cast server and playlist. It also allows you to drag and drop assets from the file manager”.

Its interface is not as flexible or obvious as Kdenlive’s, but it will probably be more familiar to those who have already successfully dealt with a non-linear video editor. Its evolution is constant and it has more and more followers. 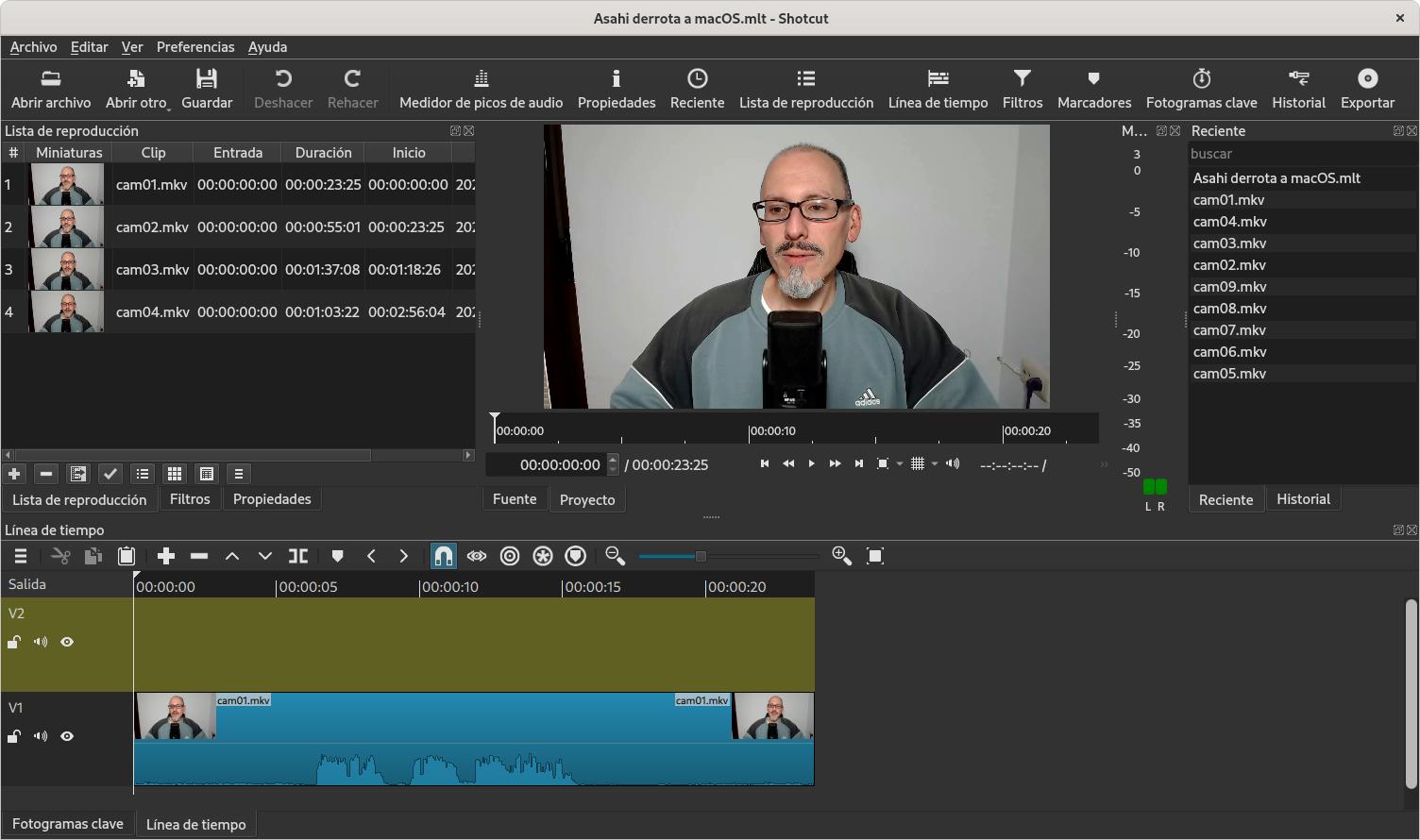 And another application that requires no introduction. GIMP is one of the greatest exponents of free software for image editing, although its critics criticize its slow evolution.

Despite everything, we are dealing with an image manipulator that more than meets the needs of a novice or low profile content creator. With a bit of imagination it can be used to introduce signs, put logos, images on the video, etc. To do this you have to create an image with the same resolution as the video and then export to PNG by selecting the option “Save the values ​​of the colors of the transparent pixels”. Obviously, the canvas with the alpha channel has to be visible so that the PNG is transparent and not opaque after exporting. 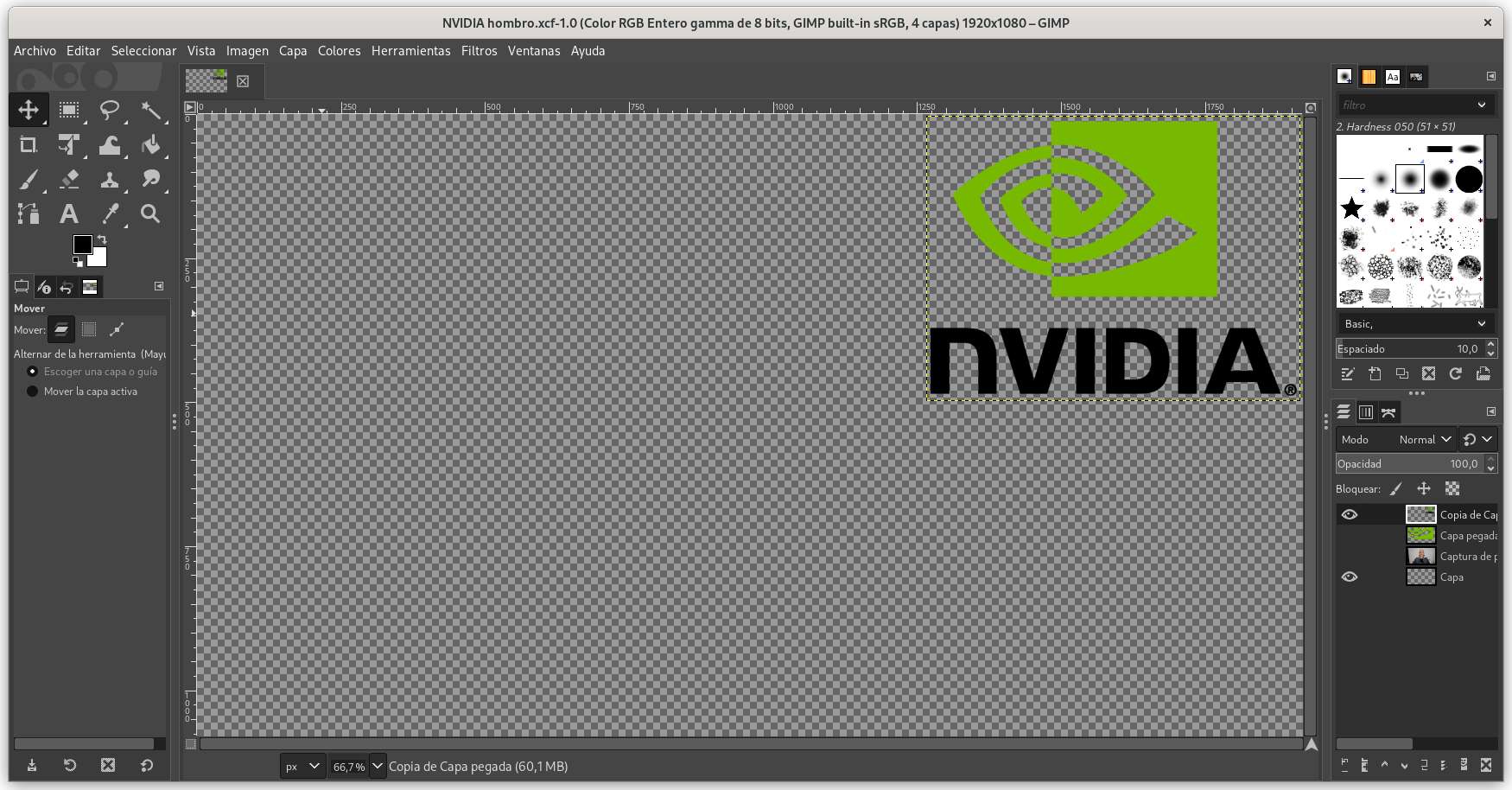 One of the projects published as free software that has made the greatest progress over the course of the previous decade, going from a position of certain marginality to being a benchmark within its segment.

Being more specific, Krita is a outstanding drawing application that also has powerful possibilities for image manipulation, although the options for the second task are not as “obvious” as in GIMP. In other words, you have to poke around a bit through the application to squeeze Krita for image manipulation, but even with that many prefer it to GIMP.

Krita can be used to create thumbnails/covers and introduce images of a more imaginative/artistic nature in videos. That already depends on what you want to do. 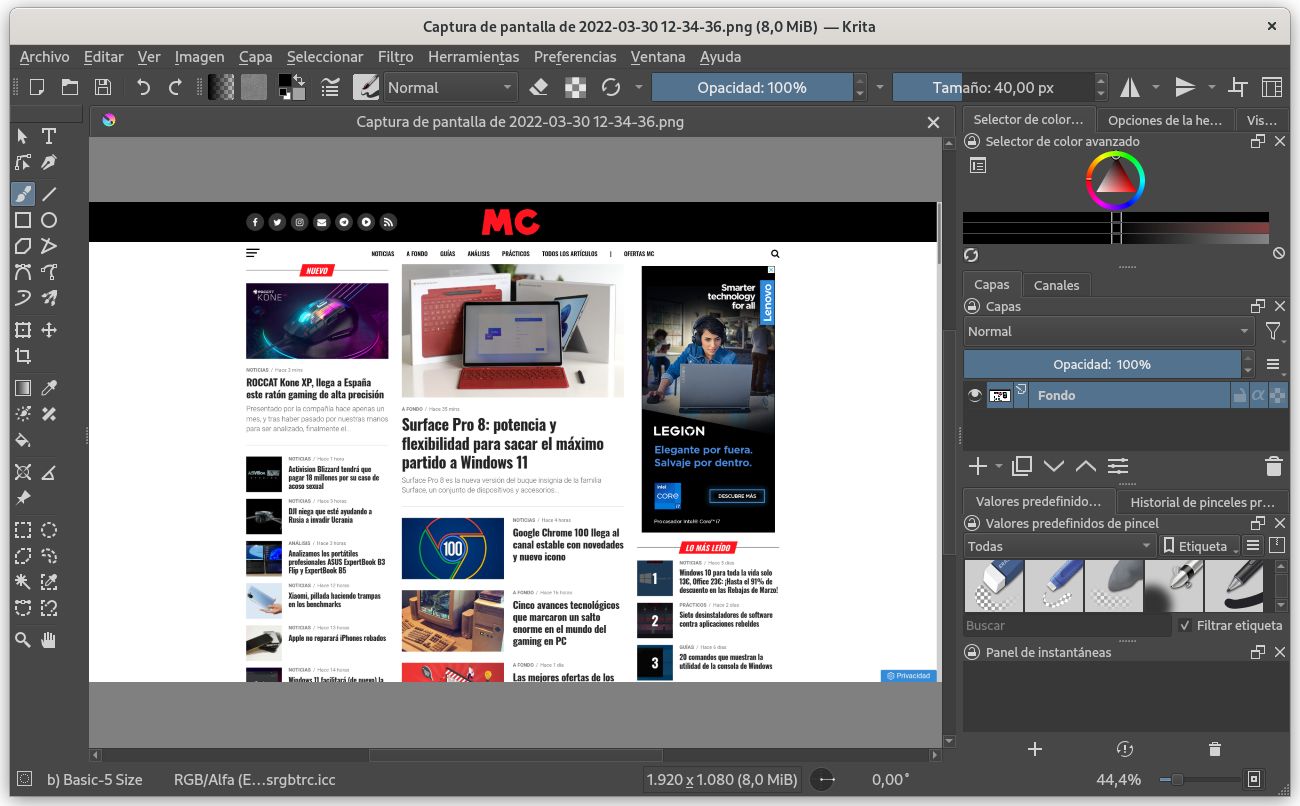 Although we are covering video creation and editing, it is possible to run into the situation of having to deal specifically with audio. Although video editors have options for audio manipulation, sometimes it is better to treat it with a specialized solution for this purpose.

Audacity has proven its worth in real production environments. 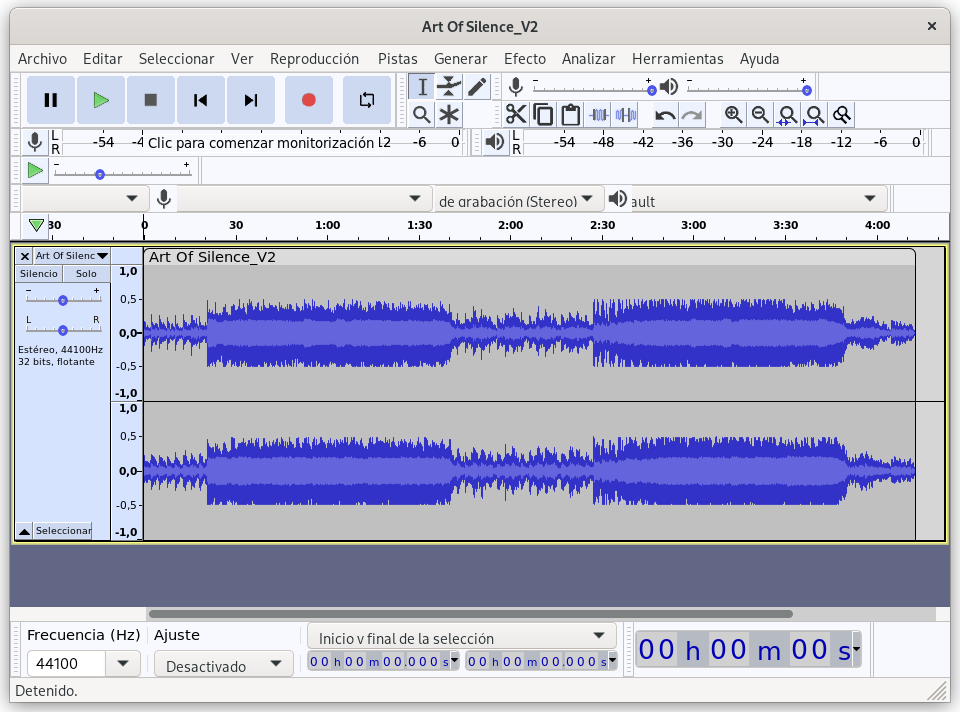 Although it is known above all for being a video player, being the best for many, the reality is that VLC is a powerful multimedia suitesince it is not only capable of playing video and audio, but also has recording capabilities, which for some is probably even an alternative to OBS Studio depending on what you intend to do.

Added to all of the above is a modular design capable of supporting plugins, which turns VLC into a highly customizable application that can be adapted to the needs and purposes of the user.

As we can see, VLC is not only used to reproduce the material prior to and resulting from video editing, as it integrates a large number of possibilities. 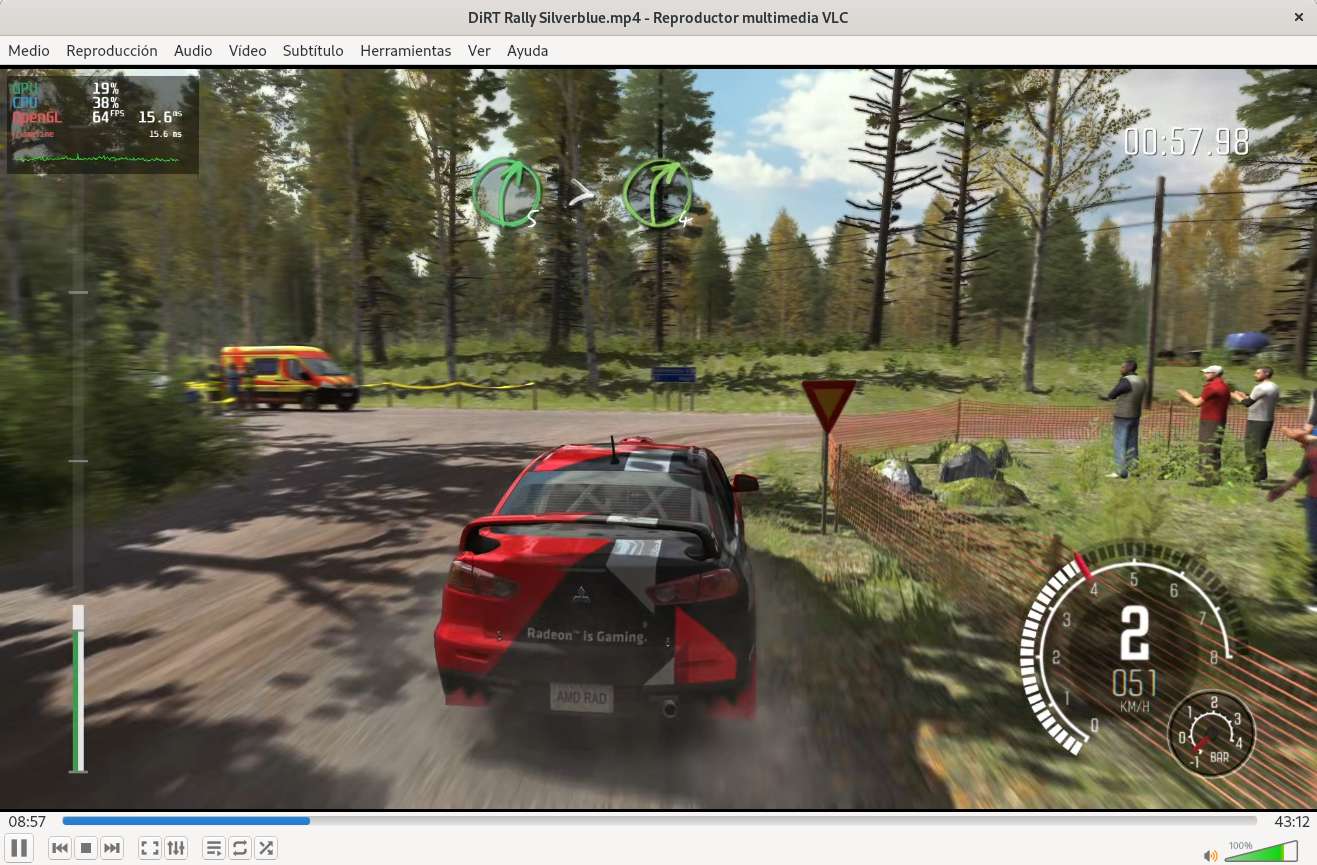 It is better to sacrifice image quality than sound quality

If one begins in a self-taught plan to learn to edit videos (as is the case with this server), it is logical to advance blindly.

Despite the fact that the way of editing depends on what you want to do (and it is even possible that there are different ways to do the same thing), there is a detail that is relatively universal, and it is the means through which the contents are consumed. .

For years, mobile phones have become the preferred platform for consuming Internet content, including those in video format. This circumstance suggests that many people consume YouTube, at least during part of the day, using the mobile flat rate, which invites them to reduce the resolution to avoid excessive data consumption.

Other applications that could be useful in creating videos for YouTube

LMMS, which used to stand for Linux MultiMedia Studio (no longer to emphasize its cross-platform nature), is a digital audio station published as free software and that supports Windows, Linux and macOS.

It can be used to produce music by arranging samples, synthesizing sounds, playing a MIDI keyboard, and combining the functions of trackers and sequencers. It is capable of reading and writing custom songs and presets and exporting audio in OGG, FLAC, MP3 and WAV formats. It has effects mixer, piano roll and song, rhythm and bass line editors. 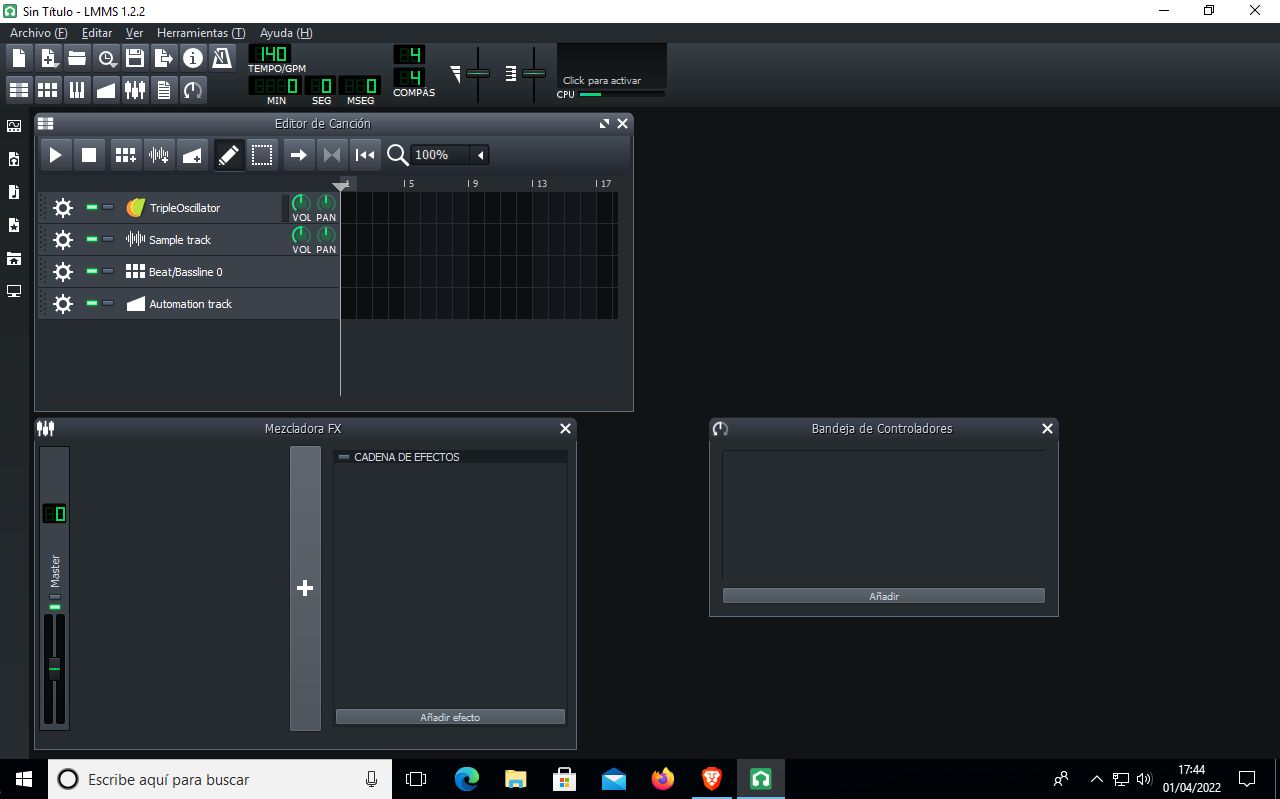 mixxx is a application of disc jokey multi platform. It can be controlled with MIDI and HID and timecode vinyl records, as well as being able to use a computer keyboard and mouse.

At the format level, it supports MP3, Vorbis, Opus, AIFF and FLAC and since version 1.8 it includes a plugin system that opens the door to being able to read other formats, among which are some patented ones such as AAC, whose free distribution is not allowed . In addition, using PortAudio it supports a wide range of sound chips through the ASIO, WASAPI and DirectSound frameworks in Windows; OSS, ALSA and JACK on Linux; and CoreAudio on Mac OS X. 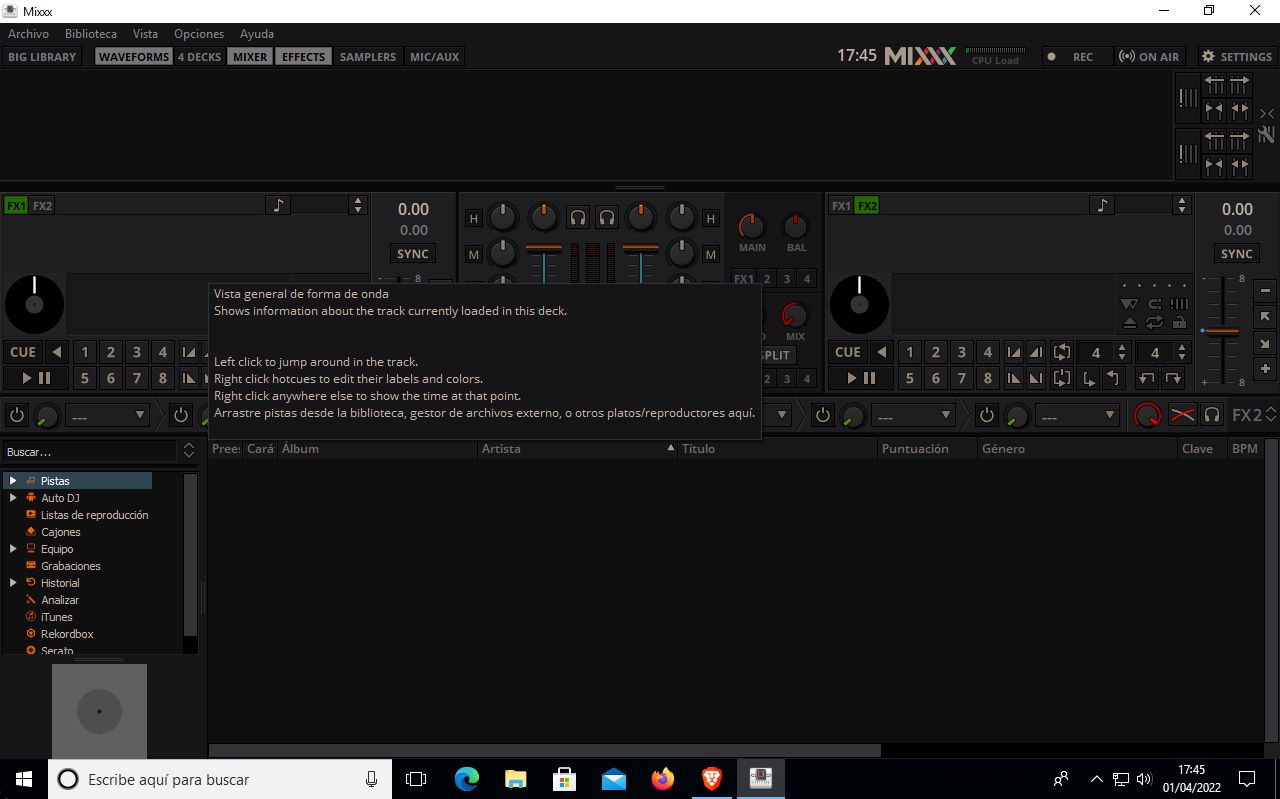 the archiconody 3D graphics creation and rendering solution it is not only a source of pride for free software, but it has been consolidated in the professional sector as it has been used, for example, for the production of EVANGELION:3.0+1.0.

Blender can help in the creation of entrances and endings and also has its own video editor. Although it is not an application specifically prepared for the second purpose mentioned, there are those who dare to use it for that purpose. 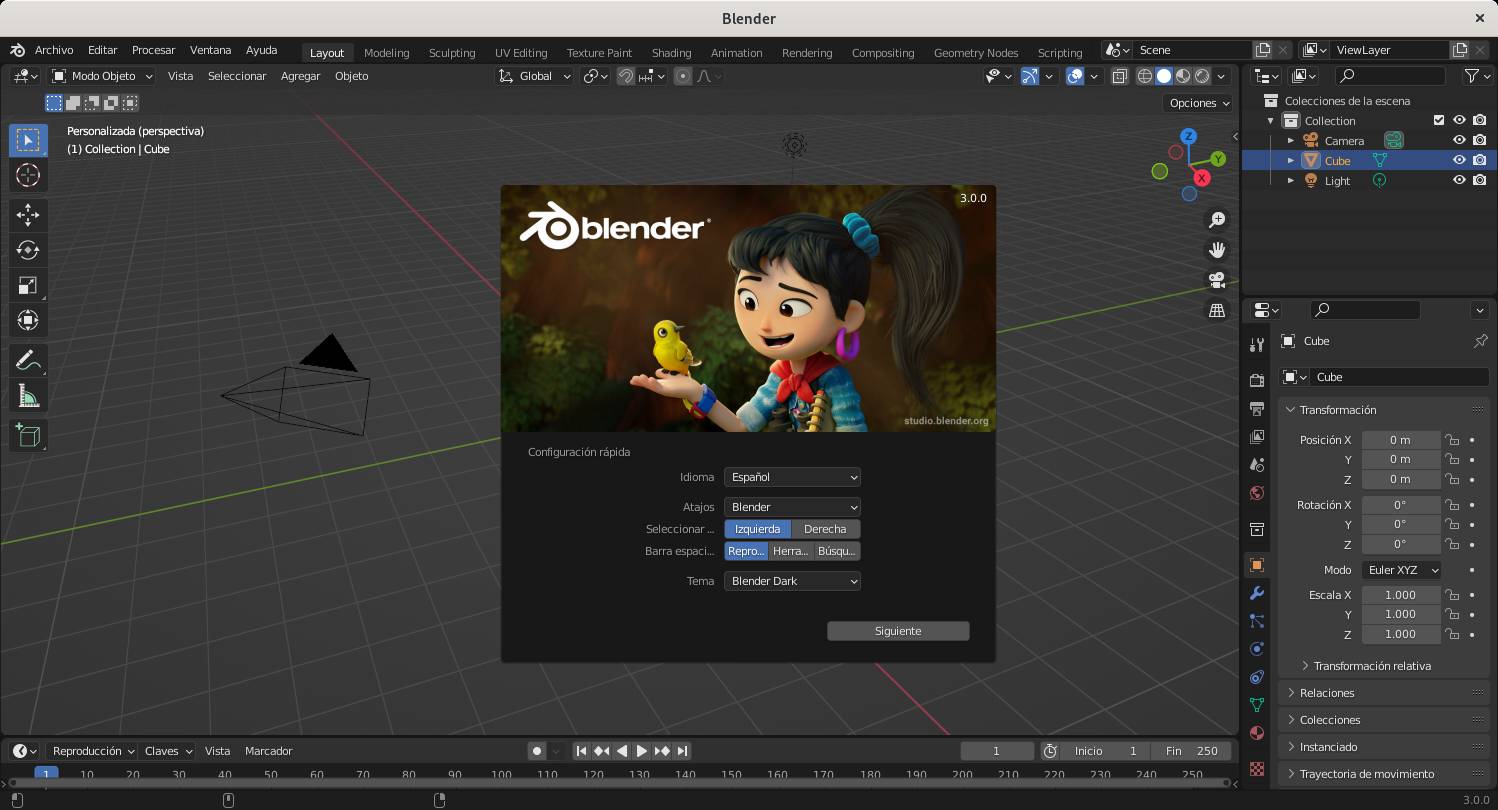 Have you become a successful content creator and earn money from it? If you use any of the projects mentioned for your creations, it would be advisable to donate some money in order to contribute to their development and maintenance, because you know, it is well-born to be grateful.

iOS 15.5 and iPadOS 15.5 are available today on Apple devices

The best contents of the week in MC (CCXCVII)