Despite the fact that ARM Holdings should be one of the richest companies in the world, SoftBank’s management has been disastrous, which has led to the need to be bought by an NVIDIA that at the same time seeks to defend itself from the latest movements of Intel and AMD in different hardware markets. What is the current state of the NVIDIA purchase attempt?

Article Index
Amazon, Samsung and Tesla also oppose the purchase of ARM
Meanwhile ARM in China becomes independent
The consequences for NVIDIA of the latest moves

Amazon, Samsung and Tesla also oppose the purchase of ARM

The purchase of ARM by NVIDIA not only has the opposition of the different regulatory bodies that are scattered around the world, but also the dwarfs have grown and the number of companies that are presenting arguments against the purchase has grown since the last time. To Qualcomm, Google and Microsoft They have been joined by other giants such as Samsung, Amazon and the car manufacturer Tesla.

Today AMD is a Fabless company that designs its processors, but does not manufacture them. Its business model is based on licensing the set of registers and instructions as well as some designs of its CPUs and neighboring elements to third parties so that they can make their own versions in exchange for a series of royalties per chip sold. This means that there are all kinds of architectures and designs throughout the hardware industry that make use of ARM architectures.

In the case of Amazon, their Alexa smart speakers use processors with ISA ARM and in the case of Amazon’s own servers in their service they make one of a processor called Graviton, which uses the ARM Neoverse cores as a base. If we go to the case of Samsung, we cannot forget its range of Exynos processors that are based on ARM and are used in different ranges of the company’s products such as televisions, mobile phones, etc. If we are going to Tesla, we have the implementation of their HW 3.5 processors in a good part of their vehicles. 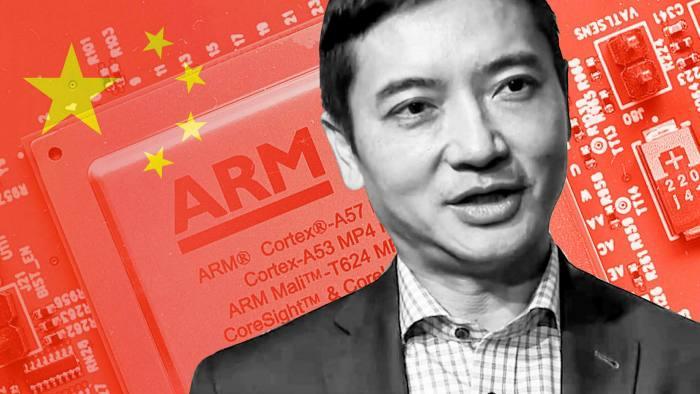 The opposition to the purchase of ARM by NVIDIA, as you must know by now, not only comes from the companies in the sector, but also from different regulatory bodies. The UK is against the fact that ARM would cease to be a British company and could not collect taxes. With regard to the European Union NVIDIA has submitted the papers late and has delayed the authorization period.

But the greatest opposition comes from the hand of China, where there is ARM China, which is a 50% joint venture between the Chinese State and another 50% by ARM Holdings. This company was created with the objective of licensing the use of intellectual property in China, so the agreement between ARM Holdings and NVIDIA puts ARM China in danger. What has happened? Well, the president of ARM China, Allen Wu, created in 2020 a firm called Alphaecture, from which he was offering ARM licenses within China at a lower price.

Despite the fact that the ARM China board fired its then president, in China the process has to be certified by the State itself in a slow and bureaucratic process that takes years. So Wu has been carrying out his plan and making it work independently. The consequences of this is that the last IP that has been licensed to ARM China has been the Cortex-A77 and later designs such as those based on ARMv9 have not been sent to China. The response from ARM China? Change the name to 安 谋 科技 which would translate as “Amou Technologies” and operate completely independently of the parent company, with their own designs based on the ISA ARM.

The consequences for NVIDIA of the latest moves There is no doubt that China is becoming the largest market of all, the movement of ARM China is to opt for independence and license the designs within the superpower is not only a defensive movement against the purchase of ARM by NVIDIA , but also of future commercial and technological boycotts by the United States in this new cold war.

If we talk about the ARM itself, this is a very hard blow, since there is no doubt that the new company has the support of the Beijing government and this would mean that it would not be able to obtain the royalties for licensing the ARM technology in China. Which makes the deal less attractive to AMD if we look at it from that perspective, but it could spell the end of opposition from China’s regulators to the purchase of ARM Holdings. Of course, NVIDIA will have to face the opposition it has in its country of origin where it has the entire sector against it.

Currently there is only one company that has not turned against NVIDIA, which is Apple, but this is due to a contract between Apple and ARM that entitles it to be the first to use its technology and create derivative technology without paying royalties. Be that as it may, the creation of the new company in China may lead to even NVIDIA having to pay royalties to the company that was previously ARM China in order to sell in that country.